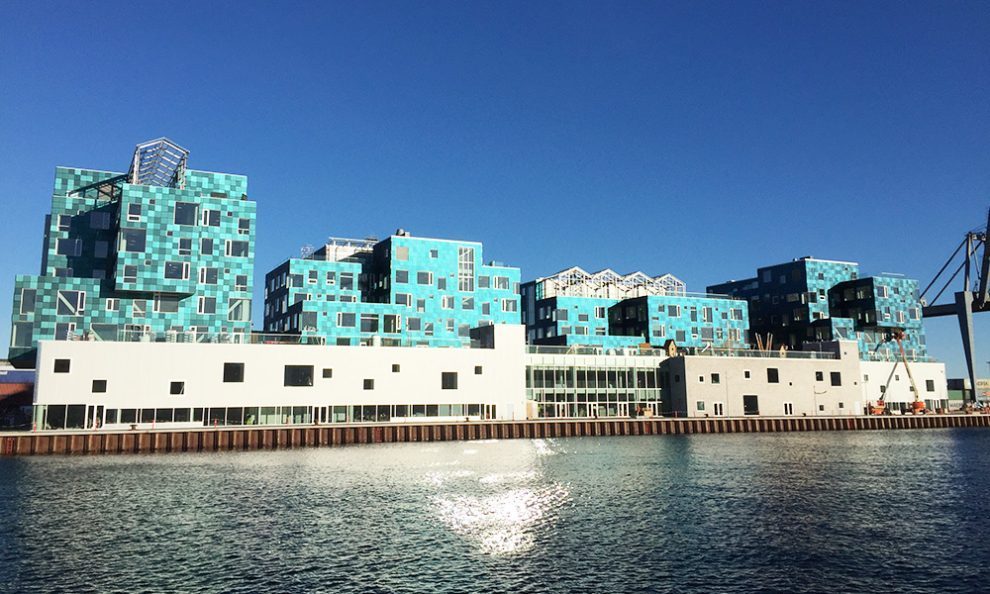 Copenhagen International School’s new building in the Nordhavn district features the largest
solar facade in the world. The 12,000 solar glass panels can generate 300 megawatt hours of electricity per year, more than half of the school’s annual energy needs. After much anticipation, the pre-K to 12th grade campus opened last month.

The unique sea-green hue of the panels was created by the research institute Ecole Polytechnique Federale in Lausanne (EPFL) after more than a decade of development. By using the process of light interference, the researchers achieved the tiles’ distinctive color without using any pigments and without reducing energy efficiency.

Students are excited about the school’s environmentally friendly features such as the individually angled solar panels, the numerous windows that let in plenty of natural lighting, as well as the green roof.

“It means so much to me that the school is moving to a new campus that is committed to sustainability,” said Copenhagen International School director Jennifer Weyburn. “The kids can learn things about sustainable solutions for the future.”

The vegetables and fruits growing in the greenhouses can be eaten and can “teach kids where food actually comes from,” said 12th grade student Aoife Sweeney. 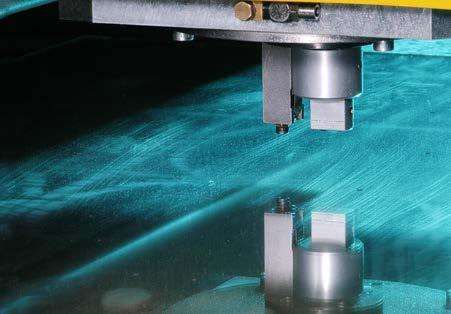 The color of the panels are a technological feature in their own right.

The solar facade has a total area of 6,048 square meters, making it “one of the largest building-integrated solar power plants in Denmark,” according to the designers at CF Møller Architects.

Here are some of the building’s other impressive sustainable features:

As stated in Phys.org:

“The researchers’ aim was to be able to define the color of their solar panels—such as brick red, royal blue, golden yellow or sea green—by ensuring that only certain wavelengths are reflected. This required a series of digital simulations and a special manufacturing process, and it took 12 years to get from the first sample to the first colored solar facade. The researchers developed special filters, which they applied to the glass panels in nanometric layers. The filter design determines which wavelengths of light will be reflected as visible color. The rest of the sunlight is absorbed by the solar panel and converted into energy.”

Denmark’s capital, Copenhagen, is one of the world’s greenest cities. It aims to become the first carbon neutral capital by 2025. In December, the city announced plans to shed coal, oil and gas from the city’s 6.9 billion kroner ($1.1 billion) investment fund.