‘Anti-Solar’ Cells Could Keep the Power Going at Night 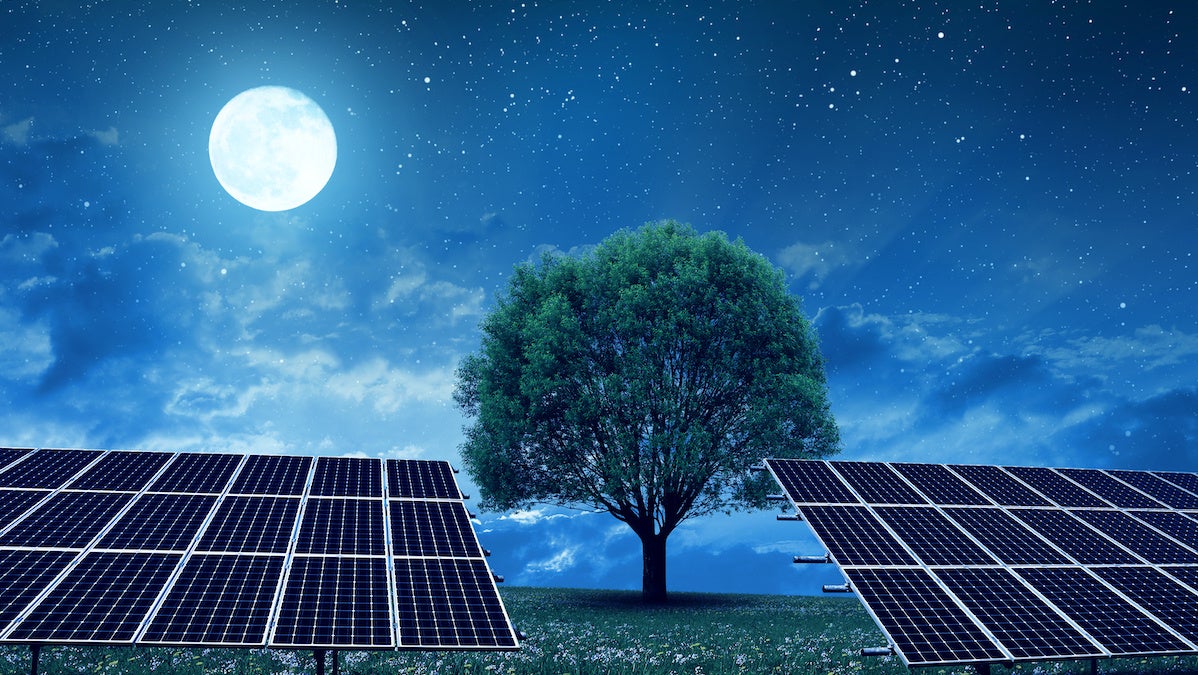 Photovoltaic cells that work at night could generate renewable energy from the heat difference between Earth and space. vencavolrab / iStock / Getty Images Plus

Solar panels that work at night? The idea isn’t as far-fetched as it might seem.

A University of California (UC), Davis engineering professor is developing prototypes of an “anti-solar” cell that would work in the opposite way from a typical solar panel. Instead of being cooler than the air and absorbing sunlight, it would be warmer than the air and give off infrared light.

“A regular solar cell generates power by absorbing sunlight, which causes a voltage to appear across the device and for current to flow,” the professor, Jeremy Munday, explained in a UC Davis press release. “In these new devices, light is instead emitted and the current and voltage go in the opposite direction, but you still generate power. You have to use different materials, but the physics is the same.”

While this might sound high tech, Euronews explained that the principle behind it has been used to cool homes at night for centuries:

You are using the same theory when you open your windows and doors after a hot day to cool down your house. Essentially this form of passive cooling uses the night sky as a massive heat sink, drawing warmth away from the earth once it gets dark.

Munday, who published a concept paper of his idea in the January 2020 issue of ACS Photonics, said that his device could generate around a quarter of the energy a traditional solar panel can during the day — that’s up to 50 watts of power per square meter. While less powerful, his device can be used at any time.

“Solar cells are limited in that they can only work during the day, whereas these devices can work 24/7, which is the real advantage,” Munday told CNN. “Nobody wants to lose power once the sun sets.”

His “thermoradiative cell” would also work during the day if it were pointed away from the sun or otherwise blocked from direct sunlight, the press release explained.

Munday told CNN that the device could be used to achieve carbon neutrality, because it could run on waste heat generated by industry.

Munday is working on prototypes of these cells with the hopes of improving their efficiency and the amount of power they can generate, according to the press release. However, he acknowledged to CNN that traditional solar panels have “decades of development” on his idea.

Munday isn’t the only researcher to seek to generate renewable energy from the heat difference between Earth and space. In May of 2019, a team of international researchers announced that it was possible to generate electricity by pointing an infrared semiconductor at the sky.

“The vastness of the universe is a thermodynamic resource,” paper author Shanhui Fan said in an American Institute of Physics press release published by EurekAlert! at the time.