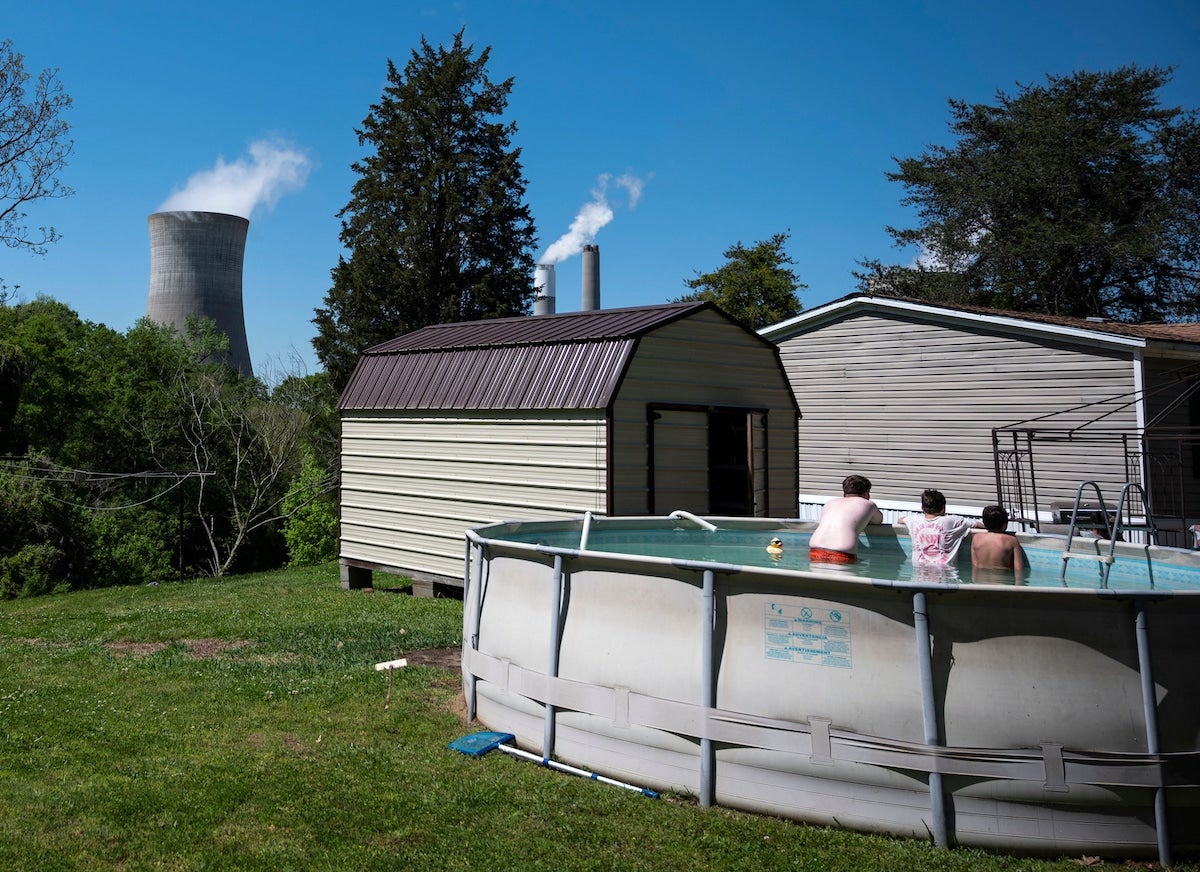 The Biden administration can continue to use its social cost of carbon estimate in order to determine the cost of additional greenhouse gas emissions when making regulatory decisions, the Supreme Court ruled on Thursday.

The emergency ruling came in response to a lawsuit from Louisiana and other Republican-led states that wanted to block the administration from using its higher estimate when making decisions about drilling permits and other matters, The Washington Post reported.

“The application to vacate stay presented to Justice Alito and by him referred to the Court is denied,” the Court wrote in a one-sentence decision.

The social cost of carbon is a figure based on economic models that determines the damages caused by future greenhouse gas emissions in terms of climate impacts like sea level rise and extreme weather events, as CNN explained.

During the Obama administration, the White House Office of Management and Budget (OMB) organized an Interagency Working Group on Social Cost of Carbon to calculate a figure that federal agencies could use to guide decision making. The figure was set at $37 in damages per ton of carbon dioxide emitted, according to The Washington Post.

The Trump administration then reduced that figure to between $1 and $7 per ton, which made it easier to build an economic case for rolling back environmental protections. When President Joe Biden entered the White House, he restored the Obama-era figure but adjusted it for inflation to $51 per ton. He said that this would be an interim figure while an interagency working group estimates a final figure.

“We are of course very pleased with the Supreme Court’s order,” a spokesperson for the OMB said in a statement reported by CNN. “Properly accounting for the harms caused by greenhouse gas emissions is critical to our work to reduce energy costs and protect Americans from the growing impacts of climate change, which is already costing American communities and businesses billions of dollars in mitigation and response.”

The administration has had a hard time accounting for these harms because of the Louisiana-led lawsuit. Trump-appointee Judge James D. Cain Jr. of the Federal District Court in Lake Charles, Lousiana, ruled in favor of the states and barred the federal government from using its interim estimate in making decisions, as The New York Times reported.

The Biden administration appealed the decision, and the U.S. Court of Appeals for the Fifth Circuit in New Orleans stayed the injunction. Lousiana and nine other states then asked the Supreme Court to block the metric, as AP News reported.

“[T]he estimates are a power grab designed to manipulate America’s entire federal regulatory apparatus through speculative costs and benefits so that the administration can impose its preferred policy outcomes on every sector of the American economy,” the states wrote when asking the Supreme Court to intervene, as The New York Times reported.

In her response, Solicitor General Elizabeth Prelogar argued that the states were jumping the gun with their lawsuit because they could not claim to be harmed by an estimate that had not yet been used to make any decisions, and they would have to wait for such a decision to take legal action.

She also said that blocking the government’s use of the interim estimate did cause it “irreparable harm.”

“While it was in effect, the injunction delayed or stopped work involving rules, grants, leases, permits, and other projects,” she argued. “Even some internal discussions were halted to avoid running afoul of the injunction’s prohibition on ‘relying upon’ the interim estimates ‘in any manner.’”

However, the issue is only temporarily resolved.

“[W]e are confident that we will be successful in reinstating the injunction after this matter is heard on the merits at the 5th Circuit,” Louisiana Solicitor General Elizabeth Murrill said in a statement reported by E&E News. “Briefing is underway.”