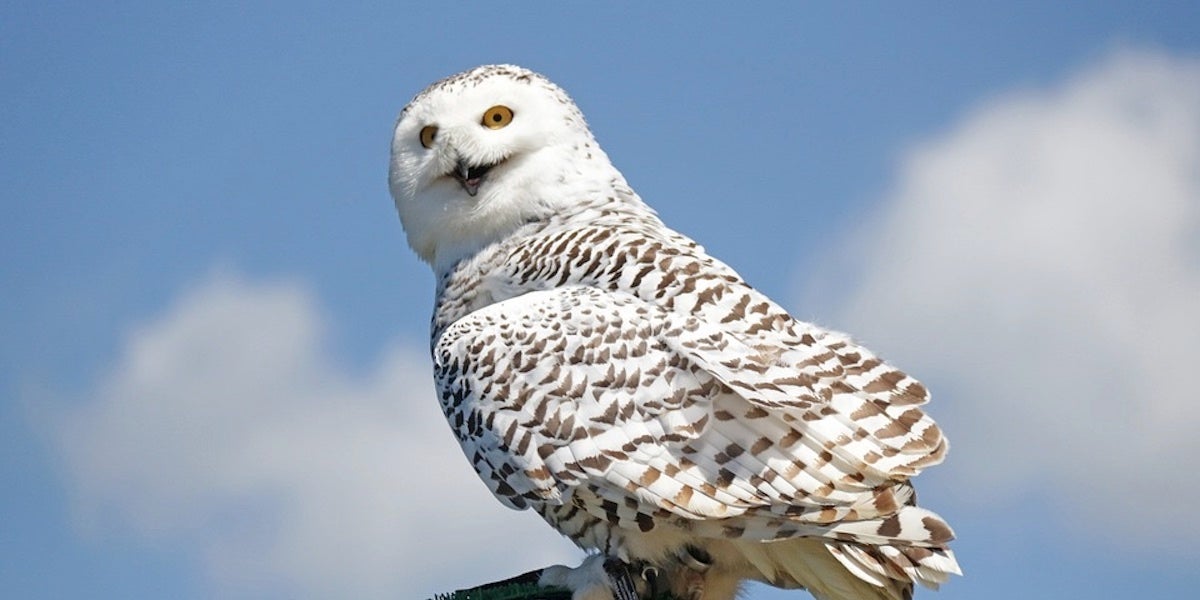 For birders and fans of Hedwig from the Harry Potter series, spotting a snowy owl in the wild is a special treat as these great white raptors spend most of their lives in the
Arctic.

But sightings further south have become more common in North America in recent winters. As the Ottawa Citizen reported this week, sightings of the charismatic owl have soared in Eastern Ontario for the last six years.

This “irruption”—an influx of a species to areas they aren’t usually found—could be a sign that there’s not enough food for the snowies around their usual home.

Because of
climate change, the Arctic is warming at twice the rate of the rest of the planet, causing dramatic shifts to ecosystems. This warmth has caused the region to become more green.

As a result, rodents have more vegetation to graze on, thus increasing the prey base for snowy owls. This abundance in prey, a bird expert suggested to Ottawa Citizen, has resulted in successful breeding seasons for the snowy owls. But with more owls hunting in the same area, the less successful hunters end up traveling south in search of food.

“It could be climate change: The Arctic warming up, more vegetation available, so it’s producing more rodents,” birder Bruce Di Labio told the Ottawa Citizen. “In turn, the snowy owls are being successful (in breeding) every year.”

The
Audobon Society explains that “it’s all about food availability: when the birds’ rodent prey base either crashes or is in super-abundance, snowy owls push south in winter.”

Over time, however, these southern sightings could be a much rarer occurrence:

“Audubon’s climate model suggests that in the future such southward excursions may become less extensive. By century’s end, climatically suitable areas for wintering Snowy Owls may have pushed north from southern Canada well into the Arctic. The big question for these owls isn’t climate per se—these big predators can withstand harsh weather—but, rather, the indirect effect of climate on the owls’ prey base.”

Although snowy owl populations are linked to booms and busts of Arctic rodents, the bird’s numbers are in steep decline overall, Smithsonian magazine reported. In the December 2017 Red List of Threatened Species, the bird’s status was listed as “vulnerable” for the first time. Its population is currently around 28,000 birds, down from 200,000 in 2013.

Andy Symes, global species officer of
BirdLife International, warns that the worsening effects of climate change could put the species at a high risk of extinction in the wild in the medium-term future.

“The dramatically revised population estimates are a further source for concern, and the species must now be a high priority for further research and conservation action,” Symes said.