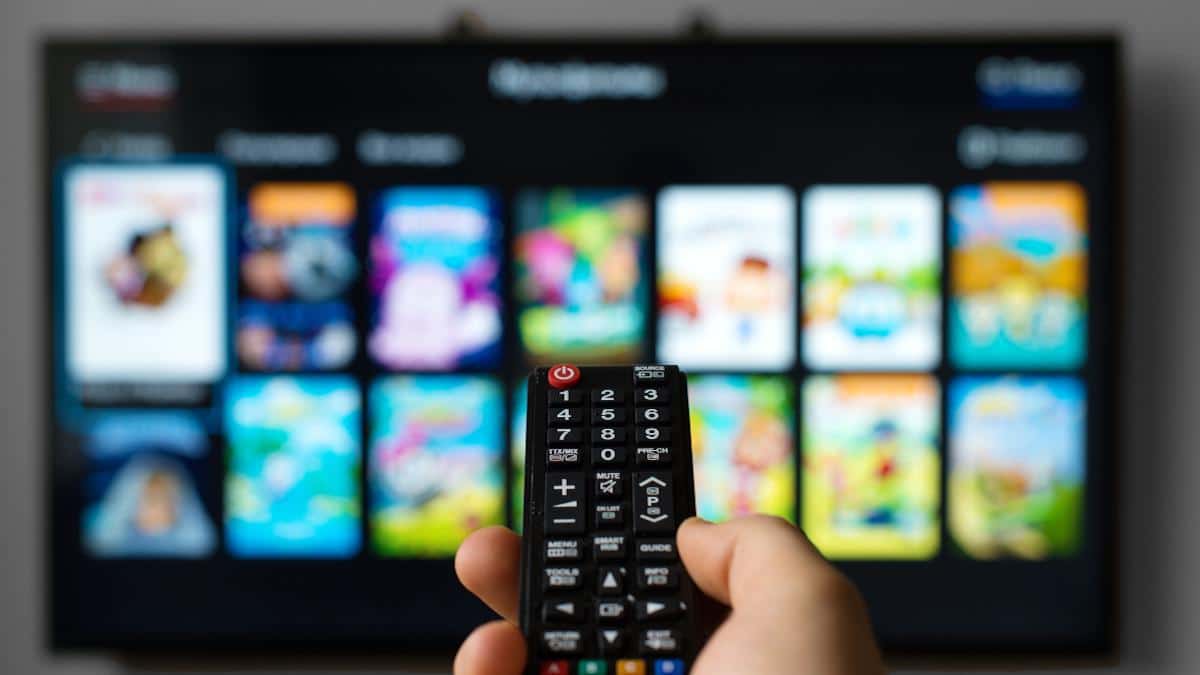 While the energy efficiency of America’s smart televisions has improved greatly since flat panel models were first introduced, some of the energy savings are at risk due to new “smart wake” features that can waste a lot of power when the TV is in standby mode.

These features provide the user with the convenience of waking their TV through a voice command to a nearby smart speaker, or to seamlessly shift from watching content on a tablet or phone to the TV, without using a remote control. Our extensive laboratory testing on the standby power of 10 different models found that in many cases, enabling these features caused a TV’s overall annual electricity consumption to skyrocket by as much as 75 percent. 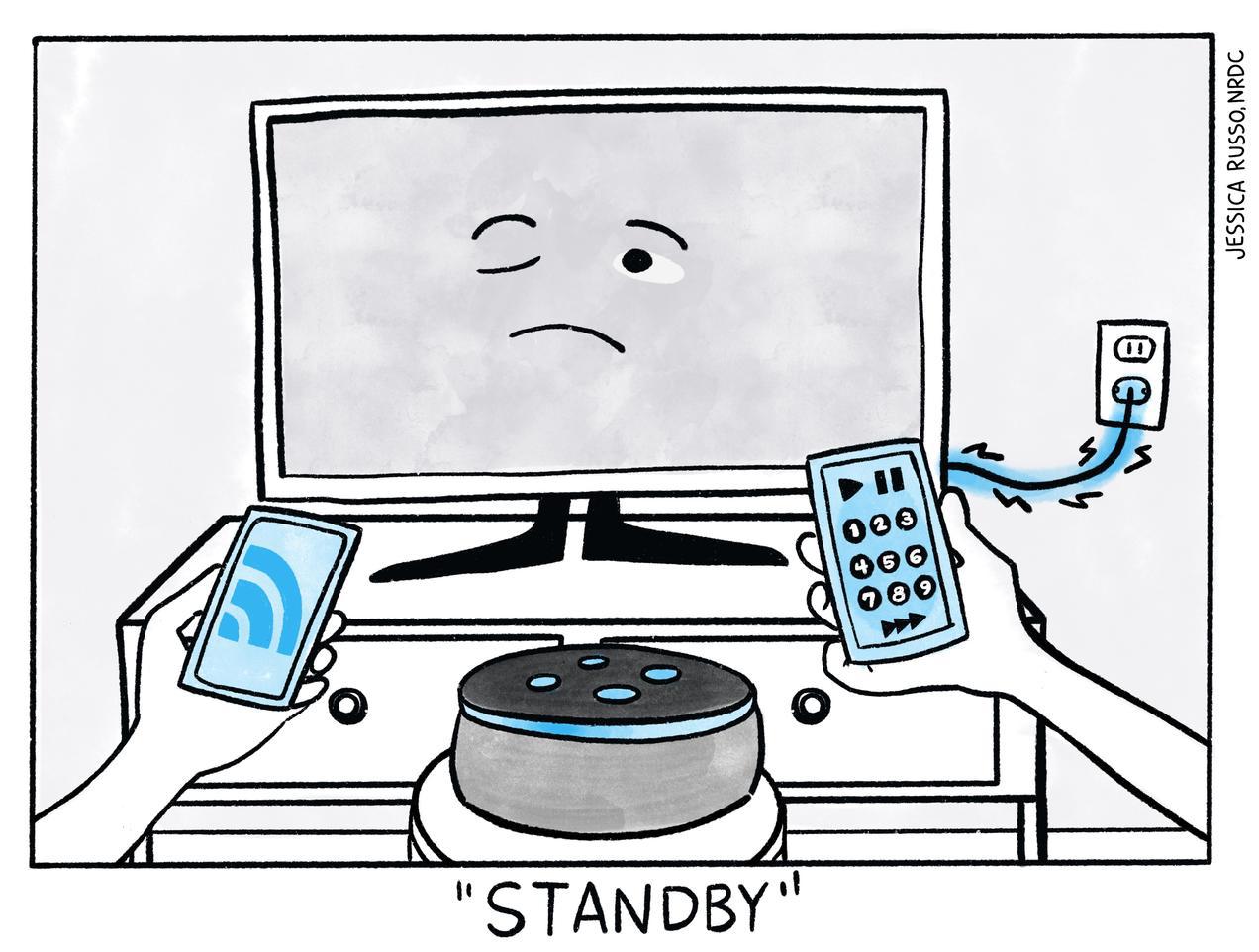 All that extra standby power adds up. NRDC estimates it will cost purchasers of 2021 TVs who enable smart wake features an additional 0 million on their utility bills over these TVs’ seven-year lifetime, barring future manufacturer design improvements. The extra electricity consumption also will lead to more than 3 million tons of additional carbon dioxide emissions.

Spoiler alert, Samsung and LG TVs have found a way to support smart wake on their internet-connected televisions WITHOUT a noticeable increase in standby power levels. Other models we tested, however, were like vampires continuously guzzling electricity while waiting to be fully awakened.

What Are ‘Smart Wake’ Features?

The vast majority of new TVs offer the user the ability to be connected wirelessly to a smart speaker like the Amazon Echo (which many simply call Alexa). The user can then wake or control the TV simply with voice commands by saying things like, “Alexa turn on the TV” or “OK Google, turn on the Knicks game.” Another option is “wake by cast,” which allows a user who is viewing a movie or show on a tablet or phone to click on the little casting icon, and their TV will quickly wake and display the same content. Lastly, users can download an app to turn their phone into a virtual remote control that can wake and control their TV. These three features are forms of “smart wake” that avoid the hassle of having to locate and use a remote control. 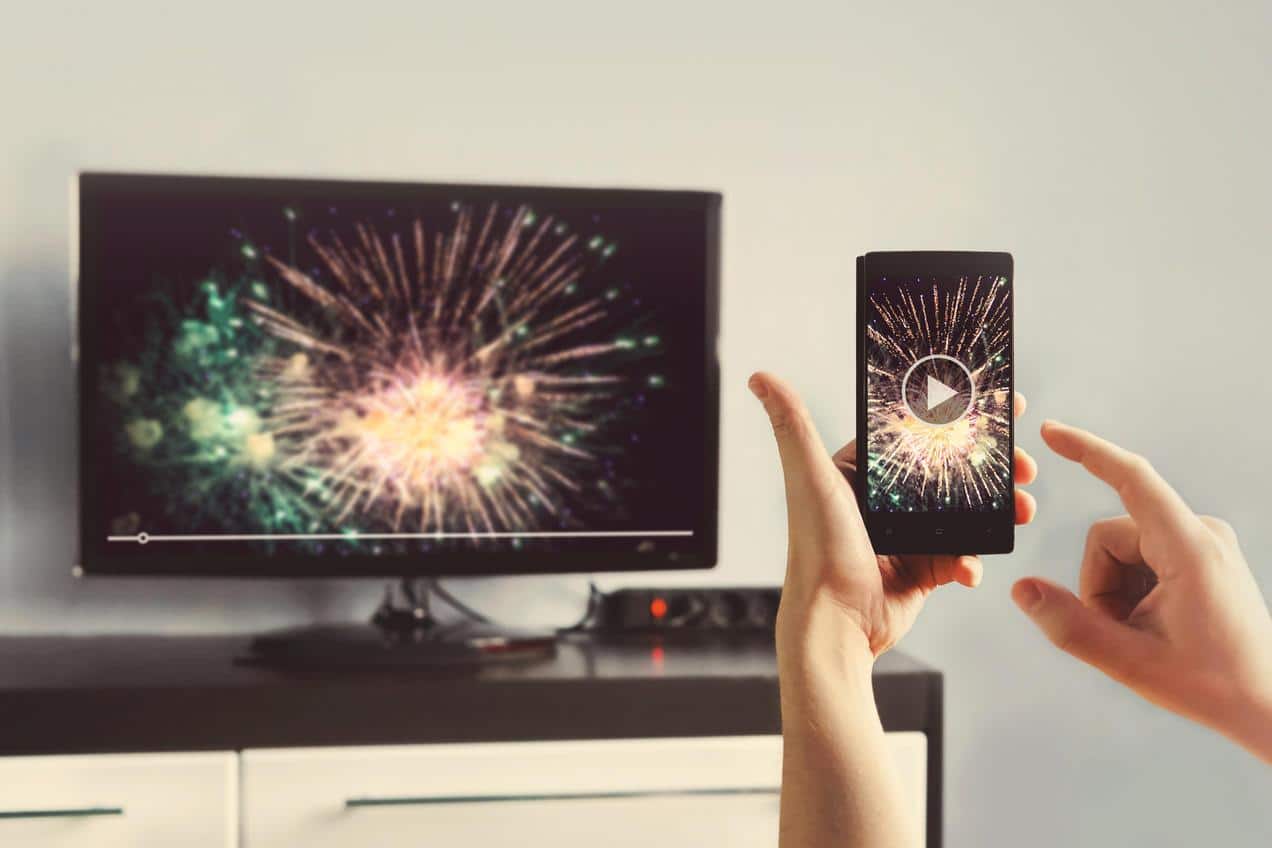 How Did We Test the TVs?

NRDC partnered with Pacific Crest Laboratories (PCL) for the first in-depth study of the standby power of different TVs when these features were enabled. Most of the ten TVs we tested required the user to go into the menu and turn on/enable the smart wake features. Each manufacturer had its own terminology for the settings and in some cases, the user needed to select the Quick Start feature for things to operate properly. We tested a range of TV brands, both major and small, as well as a variety of operating systems (e.g., Roku, Android TV, Amazon Fire TV, etc.) that these TVs are controlled by.

Prior to testing we connected the TV to a live internet signal and downloaded the latest software update. After displaying video content, we turned off the TV and measured its standby power. We then configured the TV so the smart wake features were enabled, including selecting wake on cast and linking the smart speaker to the TV via a wireless connection.

Subsequently, we confirmed whether the smart wake features worked and measured the TV’s standby power for 40 minutes. Given that TVs may not fully power down for several minutes, we waited 20 minutes before starting our measurements and then recorded the average standby power over the next 20 minutes.

What Impact Did Smart Wake Have on TV Standby Power?

Two things to note: a) Samsung and LG TVs supported smart wake features without a noticeable increase in standby power; and b) for all the other TVs tested we saw standby power levels from roughly 5 to 20 watts. We conferred with the Northwest Energy Efficiency Alliance (NEEA), which has tested roughly 40 TVs in both on and standby modes and done lots of great work in this space, and reported an average standby power level of 12.5 watts for models that showed elevated standby power levels with smart wake. (We used this value in our modeling discussed below.)

In follow-up conversations with Vizio, we learned that their TVs support wake by phone (using the phone as a remote control) when their TV is in the default Eco Mode setting and were able to achieve standby power level of less than 1 watt. The 14.4-watt level in the table was based on testing with the Vizio TV’s Quick Start setting selected as that was required to get their wake by cast and wake by voice features to work properly.

NRDC and PCL developed a model to quantify the national impact of smart wake features. We excluded Samsung and LG TVs, which together represent just under half of U.S. market share, as they did not show elevated smart wake standby levels. We assumed an incremental standby power level of 11.9 watts, and that half of all users would configure their TVs to use one or more of the smart wake features. (Note: this article shows half of smart speaker owners connect them to TVs. While we don’t know exactly what percentage use wake by cast or wake by phone, we believe it’s significant and likely to grow as the manufacturers make these features easier to use and consumers become more aware of them.)

On a per TV basis, we assumed an average TV draws around 60 watts of electricity in active use and 0.6 watts in standby. Assuming a duty cycle of 5 hours on and 19 hours off per day, this translates to an annual energy use of 108 kilowatt-hours (kWh) per year. If that same TV had smart wake enabled and drew 12.5 watts in standby, its annual energy use jumped to 191 kWh/yr. — an increase of 76.3 percent. Over the TV’s typical 7-year lifetime, it will consume an extra of electricity, and twice that in areas with higher utility rates, like California and Hawaii.

We then quantified the national impacts by assuming that half of the 40 million TVs sold in the U.S. each year have inefficient smart wake designs, and half of those have smart wake enabled. The incremental energy used by these 10 million TVs over their lifetime adds up to:

To put all this extra energy use into perspective, it’s roughly equivalent to one year’s worth of electricity consumption by all the households in Portland, OR and Tampa combined!

All of these impacts are just for the U.S. market and become a lot larger when international sales are considered.

Where to From Here?

The good news from this study is that two TV manufacturers already demonstrated that a TV can support all these smart wake features with no energy or performance penalty. We hope our study serves as a call to action for other manufacturers to work with their operating system vendors to provide a good user experience with these smart wake features enabled while achieving similar low standby power levels.

As a result of our research and conversations with some of the manufacturers and companies that develop the operating systems, we believe these entities now understand this issue and appear committed to trying to make the necessary changes.

Let’s hope that in the not too distant future the other TV manufacturers make the necessary software fixes so they catch up to Samsung and LG and we can prevent this unnecessary energy waste and the pollution that comes with it. That’s something worth tuning into!