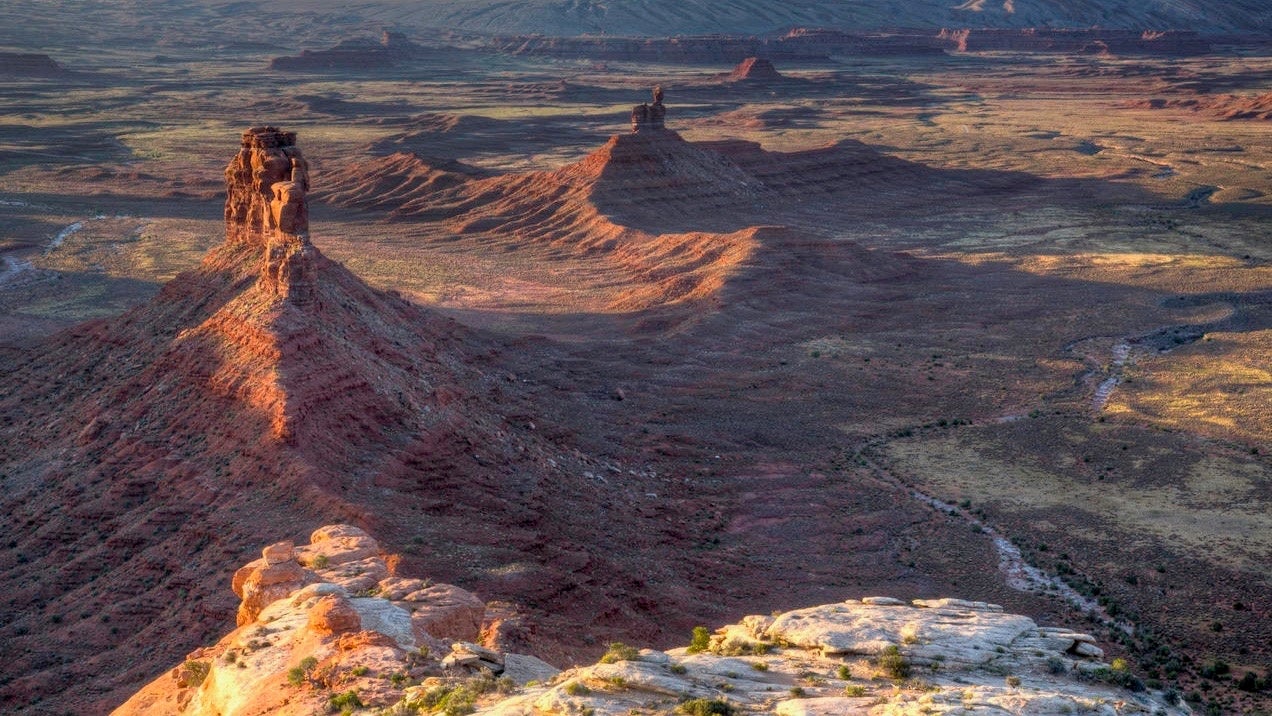 Well, he told us he would do it. And now he’s actually doing it — or at least trying to. Late last week, President Trump, via the U.S. Department of the Interior’s Bureau of Land Management, announced that he was formalizing his plan to develop lands that once belonged within the Bears Ears and Grand Staircase-Escalante National Monuments in southern Utah. The former is a stunningly beautiful, ecologically fragile landscape that has played a crucial role in Native American culture in the Southwest for thousands of years; the latter, just as beautiful, is one of the richest and most important paleontological sites in North America.

The Trump administration would allow drilling, mining, and other highly disruptive forms of development to take place on millions of acres that are of immense and unquestionable scientific, cultural, and religious significance. This significance is what compelled President Bill Clinton to designate Grand Staircase-Escalante a national monument back in 1996, and what led President Barack Obama to bestow the same designation on Bears Ears two decades later.

On the one hand, the new plan comes as no surprise: In December 2017, Trump reduced the size of Bears Ears by roughly 85 percent, and Grand Staircase-Escalante by half. On the other hand, it came as a huge surprise, in that a great many legal experts contend that Trump’s resizing of the monuments is illegal, and, furthermore, believe that the courts — which are still in the midst of determining the move’s legality — are likely to agree.

Normally, when your big plans are tied up in litigation and could come crashing down at any moment with the sweep of a judge’s gavel, you err on the side of prudence and resist the urge to forge ahead. Not this president. In a phone call with reporters last week, Casey Hammond, the Interior Department’s acting assistant secretary for land and minerals management, revealed the thinking behind his boss’s decision. “If we stopped and waited for every piece of litigation to be resolved,” he said, “we would never be able to do much of anything around here.”

Talk about saying the quiet part out loud. The administration can’t possibly know how the courts will rule, which leaves just one explanation: It doesn’t care how they will rule. Procedural due process may be fine for others, Trump and his Interior Department have concluded, but it’s just not their thing. They’re not going to wait around for some judge to tell them what they can or can’t do.

But let’s set the legal question aside for a moment, and instead explore the moral question that applies. For the tribes and pueblos of the region, Bears Ears is hallowed ground, and has been for many centuries. In the words of Jim Enote, CEO of the Colorado Plateau Foundation, the land “is a touchstone for the Zuni people. The Zuni people go to the Bears Ears area to pay respect to our ancestors in a way that is not very different from people going to a cemetery and paying respect to their family members.” In Obama’s proclamation designating Bears Ears a national monument, he spent more than 4,000 words vividly detailing the history and grandeur of the land, linking its sacredness to its pristine natural beauty. Federal protection, he wrote, would “preserve its cultural, prehistoric, and historic legacy and maintain its diverse array of natural and scientific resources, ensuring that the prehistoric, historic, and scientific values of this area remain for the benefit of all Americans.”

Can you imagine the Trump administration — or any administration, for that matter — redrawing, by executive fiat, the boundaries of Arlington National Cemetery or the Lincoln Memorial to accommodate the desires of drilling, mining, and other extractive industries? It’s unthinkable. And yet this administration exhibits no compunction about grievously assaulting the lands, culture, and religious practices of Native Americans. “When the monument was reduced, it made us think, again, we have given so much to this nation and we are receiving so little in return,” Enote told National Geographic magazine.

The decision goes well beyond disrespect. It’s desecration. It’s an act openly contemptuous of both the five tribes’ heritage and that of all Americans. These lands, and the stories that they tell and the ways of life they sustain, are part of our country’s collective story and they deserve protection.

Trump’s plan’s also, like so many of his other gambits, legally unsound. If President Trump believes that recklessly moving forward on this act of administrative vandalism is going to somehow intimidate the courts or the coalition that has risen up in defense of Bears Ears and Grand-Staircase Escalante, he’s in for a surprise.

Jeff Turrentine is the Culture & Politics columnist at NRDC’s onEarth. A former reporter for The Washington Post, he has also written for Slate, The New York Times, and The Los Angeles Times.