‘Shrimp’ Made From Algae: The Latest in Fake Meat 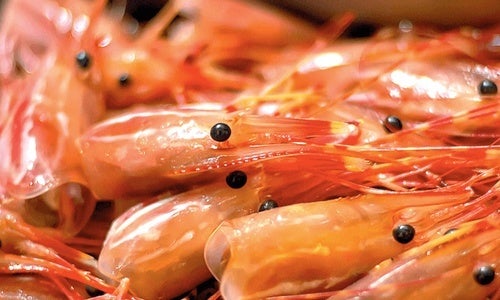 With global shrimp populations quickly declining from overfishing and warmer ocean temperatures, a shrimp cocktail could come with a side of guilt. But America’s most popular seafood could be getting an environmentally friendly makeover.

New Wave Foods, a San Francisco-based sustainable seafood startup, is developing a lab-grown “shrimp” made from algae that could be as nutritious as the real deal. 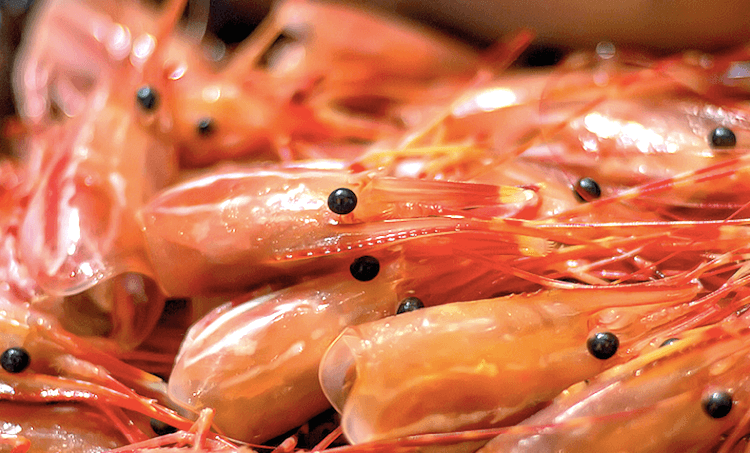 The average U.S. consumer eats 4 pounds of shrimp per year.

The New Wave team consists of three women with a combined professional background in environmentalism to take on this ambitious task: Dominique Barnes is an oceanography graduate and former shark caretaker at Las Vegas’s Golden Nugget Hotel, Michelle Wolf is a materials scientist and engineer, and Jennifer Kaehms has a bioengineering degree from the University of California San Diego.

The trio set out to create “a smarter and better way to feed the planet with creating culinary experiences that pay tribute to the rich history and tradition of seafood.”

The company’s original goal was to find a replacement for the controversial shark fin, a delicacy in China. But the team switched to synthetic shrimp due to its massive popularity in the U.S. The average American peels through roughly 4 pounds of shrimp a year, according to the National Marine Fisheries Service (NOAA Fisheries). About 6 million tons of shrimp are consumed worldwide per year.

The world’s fondness for this crustacean comes at a cost. For instance, Maine’s Northern shrimp haul plummeted from 12 million pounds in 2010 to just 563,313 pounds in 2013.

Additionally, the shrimp sold at the market is likely tainted with illegal antibiotic residues, and it might not even be shrimp at all. A report from Oceana, which did DNA testing on 143 shrimp products, found that as much as 30 percent of shrimp sold in grocery stores and markets is being misrepresented with rampant species substitution.

“If you look at seafood, you have to look at the food miles, how it’s being caught, and there’s a lot of mislabeling,” Kaehms told Vice Motherboard. “We’re really focusing on sustainable seafood, that’s our core motivation.”

New Wave is experimenting with different ways of extracting and mixing protein from algae to get their product to have the same taste, texture and nutritional value as real shrimp, Kaehms told Motherboard.

The type of algae being used is also the same strain that shrimp eat, meaning it will likely have a similar nutritional value to the real thing, Motherboard reported.

The team said that they have managed to replicate the flavor of shrimp, but would not reveal any specifics on how they did it.

As Fast Company notes, while there are vegetarian shrimp options on the market today, they don’t have the same low fat and high protein as the real thing. Barnes told the publication that the company is currently working on nailing down the texture.

“Our goal is to make something that tastes great—that you could put in any of your favorite shrimp dishes,” Barnes said.

Florian Radke, a marketing specialist with New Wave Foods, told IFLScience that the company is trying to make the product “as close as possible to what people are used to eating, including the change of color of the food when it’s cooked.”

According to IFLScience, “that means the finished synthetic shrimp will taste and feel like the real thing, while also undergoing a grey-pink transition during cooking.”

The company has received a $250,000 investment from IndieBio, a science-focused startup incubator. New Wave will debut their product at an IndieBio demo in early February 2016.

11 Foods and Beverages to Avoid During Pregnancy