Shalefield Stories: Personal Accounts From the Frontlines of Fracking 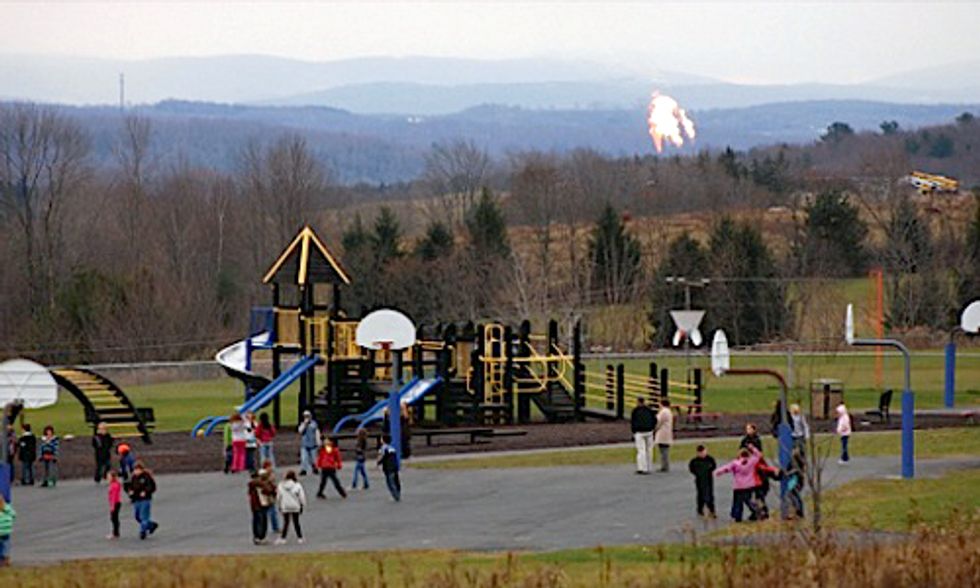 Yesterday, Environment America Research & Policy Center joined residents living on the frontlines of fracking who recounted their stories of illness, water contamination and damage to their livelihoods due to dirty drilling operations in a new booklet, Shalefield Stories. The new booklet was released even as President Obama touted natural gas development in his State of the Union speech and Energy Secretary Ernest Moniz asserted last week that the impacts of fracking are “challenging but manageable.”

“Behind the alarming numbers the outline fracking’s environmental impacts, there are real people whose lives have been gravely impacted by these polluting practices,” said John Rumpler, senior attorney for Environment America Research & Policy Center. “These are their stories, and we would be wise to heed their words of warning on fracking.”

Shalefield Stories was compiled by individual residents in Pennsylvania, who arranged for Environment America Research & Policy Center to release it across the country yesterday. People recalling their experiences with fracking damage in the booklet include:

“This is what happens when you invite fracking into your community,” said Hunt, who suffered air and water pollution and illness in the wake of nearby fracking operations. “Today, we are not alone in saying this dirty drilling has to stop.”

The people within the pages of Shalefield Stories are only a few of the many individuals and families directly impacted by fracking operations. In some cases, residents affected by fracking are no longer able to talk about their experiences because of gag orders contained in their legal settlements with the drilling operator. One tally called List of the Harmed shows more than 4,800 individuals adversely affected by oil and gas incidents.

One of the common themes running through Shalefield Stories is how people have become sick living on the frontlines of fracking. Those experiences are now being validated by health experts.

“The symptoms reported in Shalefield Stories, including rashes, nausea, respiratory issues and stress, mirror very closely what our health care professions see in their examinations of residents and workers impacted by drilling operations here in southwestern Pennsylvania,” observed Jill Kriesky, associate director of the Southwest Pennsylvania Environmental Health Project. “These stories are important in helping us to identify and address the steps needed to protect the health of individuals living near these sites.”

Environment America Research & Policy Center presented Shalefield Stories yesterday, as the Obama Administration officials consider where and whether the fracking will be allowed in our national forests, near national parks or key drinking water sources for millions of Americans. This week, President Obama embraced an "all of the above" energy strategy that prominently featured more gas drilling.

“For people like Judy Armstrong Stiles, who tells us ‘I have lost my home, my health and my husband,’ the phrase ‘all of the above’ has entailed an all-consuming tragedy,” concluded Rumpler. “It’s time to stop fracking now.”