Setting the Record Straight on Fracking 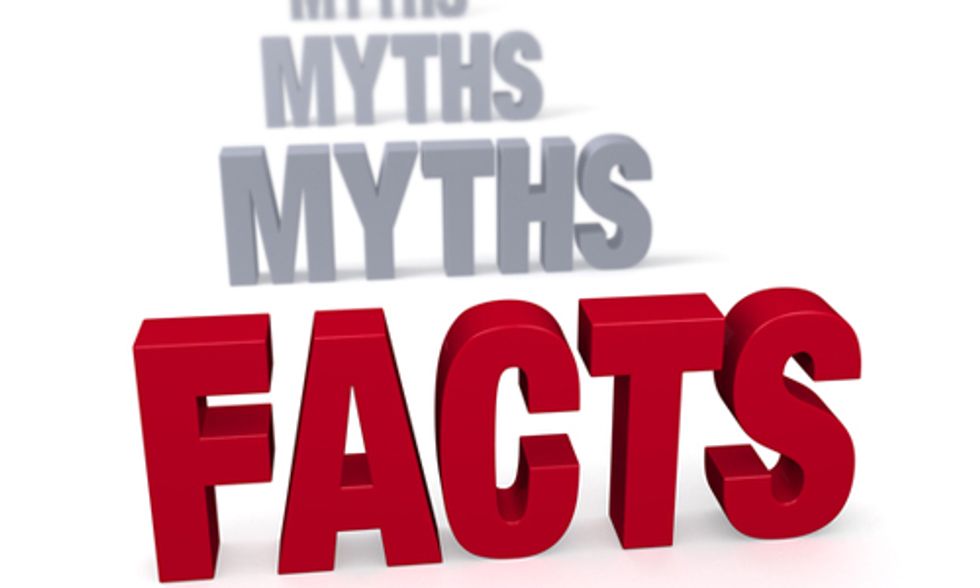 By Sandra Steingraber and Wenonah Hauter

Earlier this month, just days after voters in Colorado and Ohio went to the ballot box to protect their communities against the demonstrably dangerous oil and gas drilling process known as fracking, Interior Secretary Sally Jewell delivered a proclamation that only served to highlight just how much misguided faith the Obama administration has invested in the oil and gas industry, and its quest to keep the American public hooked on fossil fuels.

Speaking before youth conservation leaders in California, Jewell cited what she called "confusion" in the fracking debate, implored the oil and gas industry to clear up "misinformation," about the process, and asserted that industry should "make sure the public understands ... why it's safe." But the only thing confusing about the fracking debate is why this administration continues to embrace the practice in the face of scientific evidence that fracking and associated activities contaminates water, air, communities and the climate.

Hardly a month goes by without the release of a new study that highlights one aspect or another of the harmful effects of fracking. Given these headlines, it's no wonder that despite the untold millions of dollars being spent by the oil and gas industry to promote the process, Americans are increasingly rejecting it. A recent poll released by the Pew Research Group finds that opposition to fracking has grown significantly across most regions and demographic groups. Overall, 49 percent are opposed to increased fracking, up from 38 percent six months ago, while only 44 percent support it.

Americans are turning against this practice not because they are confused, but because the evidence of fracking's harmful effects continues to swell. In just the last few months, a Duke University study linked fracking to elevated levels of methane, ethane and propane in groundwater; a study out of University of Texas, Arlington found high levels of arsenic and other heavy metals in samples from water wells near active natural gas wells; and last month, a study in Environmental Science and Technology found concentrations of radium in the Allegheny River 200 times normal levels, as a result of fracking waste disposal.

Recent studies also confirm that the common practice of shoving fracking waste down underground injection wells causes earthquakes. And we now understand how and why this happens: according to new a study in Science, deep-well injection of slippery fracking waste primes geological faults in ways that make them reactive to distant natural earthquakes. The result is a dangerous echo effect: a larger seismic event thousands of miles away can trigger swarms of smaller earthquakes on these critically stressed faults. This research supports other findings on earthquake swarms in Oklahoma, Texas and Ohio that are linked to oil and gas activities. Indeed, just this month, the Oklahoma Insurance Commissioner recommended that residents buy earthquake insurance—in the formerly unshakable state of Oklahoma.

Just last week, 18 top scientists, including retired NASA climate scientist James Hansen, wrote a letter to Governor Jerry Brown in California urging a moratorium on fracking in the state. Shale gas and oil extraction through fracking, said the scientists, "is likely to worsen climate disruption, which would harm California's efforts to be a leader in reducing greenhouse gas emissions."

Nothing confusing about that message.

While fracking's impacts are increasingly clear, what is unclear is why the Obama administration continues to cheerlead for big oil and gas interests, ignoring the science—even when the data come from its own agencies.

When the U.S. Environmental Protection Agency discovered evidence of fracking-related water contamination in Pennsylvania, Texas and Wyoming, it could have sounded the alarm about the practice. It could have stood up for citizens' rights to clean drinking water. It could have, at the very least, continued its line of inquiry. Instead, the U.S. Environmental Protection Agency has folded under industry pressure, and either buried, cast off or halted all three investigations. And when members of the public sent one million comments to President Obama and the Bureau of Land Management condemning their permissive approach to fracking on federal lands, Secretary Jewell simply ignored them and chose to offer public relations advice to the oil and gas industry, rather than work to protect communities and public lands that belong to all of us.

And therein lies the confusion.

Secretary Jewell is right about one thing: there is a lot of misinformation out there. Unfortunately, it's being spread by the oil and gas industry and has penetrated the talking points of President Obama and top administration officials. If President Obama and Secretary Jewell are serious about listening to the science and addressing climate change, they need to stop echoing industry, stand up for public health, make every effort to stop this destructive practice and keep fossil fuels in the ground.

In the unconfused words of Filipino environmental leader Von Hernandez, "every investment in fossil fuels is an investment in death and destruction."