Send a Message to Obama to Stop the Keystone XL Pipeline 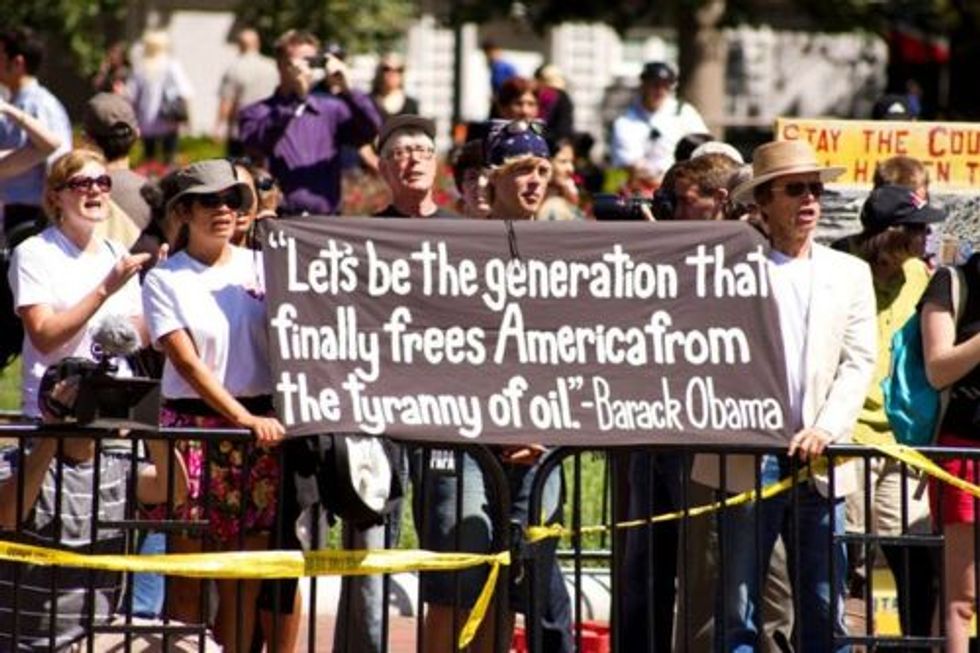 President Obama is currently considering whether or not to grant a “presidential permit” for the controversial Keystone XL tar sands pipeline. The project requires the special permit because it crosses an international border with Canada. The Keystone XL would carry tar sands oil, the dirtiest fuel on the planet, more than 1,700 miles across America’s heartland, risking a BP-style oil spill over one of our largest sources of fresh drinking water. America’s top climate scientist says that fully exploiting the tar sands could mean “essentially game over for the climate.”