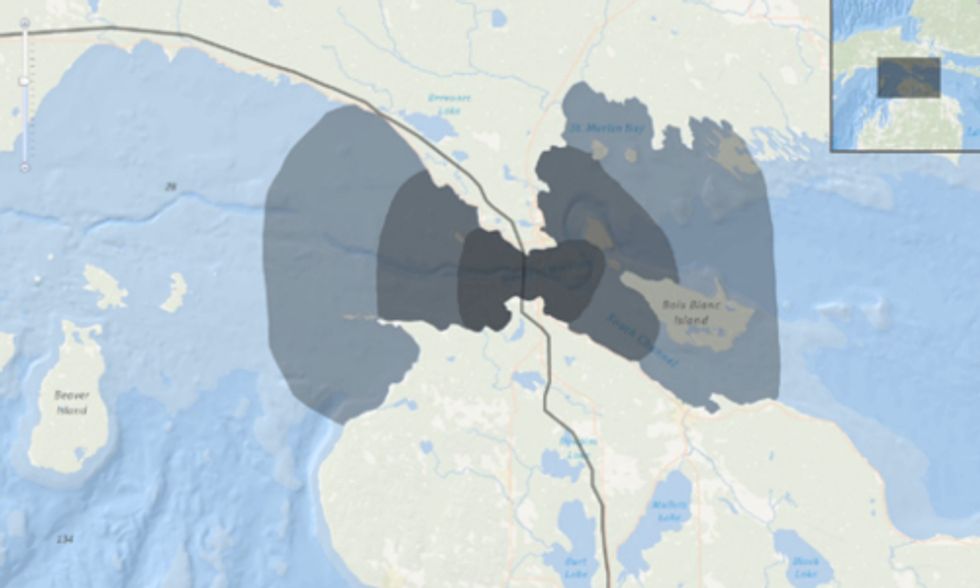 Oil giant Enbridge experienced a major backlash this week after three Democratic senators released a joint letter questioning the integrity of Enbridge’s expansion of a crude oil pipeline on the Straits of Mackinac.

Line 5, according to the Petosky News, runs from Superior,WI, to Sarnia, Ontario, “passing through Michigan’s Upper Peninsula and crossing the Straits of Mackinac, a five-mile-wide area where Lakes Huron and Michigan meet.” Earlier this year Enbridge boosted Line 5’s capacity by 2.1 million barrels above its previous threshold of 20 million.

The joint letter by Sen. Stabenow (D-MI), Sen. Levin (D-MI) and Sen. Durbin (D-IL) states that the pipeline “passes inland along environmentally sensitive areas and beneath the Straits of Mackinac, which PHMSA [the Pipeline and Hazardous Materials Safety Administration] has identified as a high consequence area. The increase in oil transported adds pressure to the aging pipeline, which has undergone only a few upgrades since it was first installed in 1953 … We are particularly concerned with the risks a leak or break in the pipe could pose to the Straits of Mackinac given this area’s strong currents, variable water temperatures and connections to both Lake Michigan and Lake Huron.”

“We have worked for over three years on the investigation and levied the highest civil penalty in the agency’s history” for an Enbridge spill in the Kalamazoo River, PHMSA spokeswoman Patricia Klinger said. “In addition, PHMSA executed a consent agreement which imposed more stringent safety requirements for the entire Lakehead System, including Line 5.”

“When we’ve had to do any sort of dig on that pipeline for maintenance or repair, we’ve heard from the crews out on the field that the line still looks brand new,” said Janson Manshum, a spokesman for Enbridge, in a press conference.

Despite Enbridge’s assurance of the line’s integrity, a disastrous pipeline leak that occurred in 2010 where, along with the Kalamazoo spill, loom heavy over the Line 5 project. Coupled with the Mackinac Straits’ strong currents and wildly fluctuating temperatures, the growing backlash is beyond reasonable.