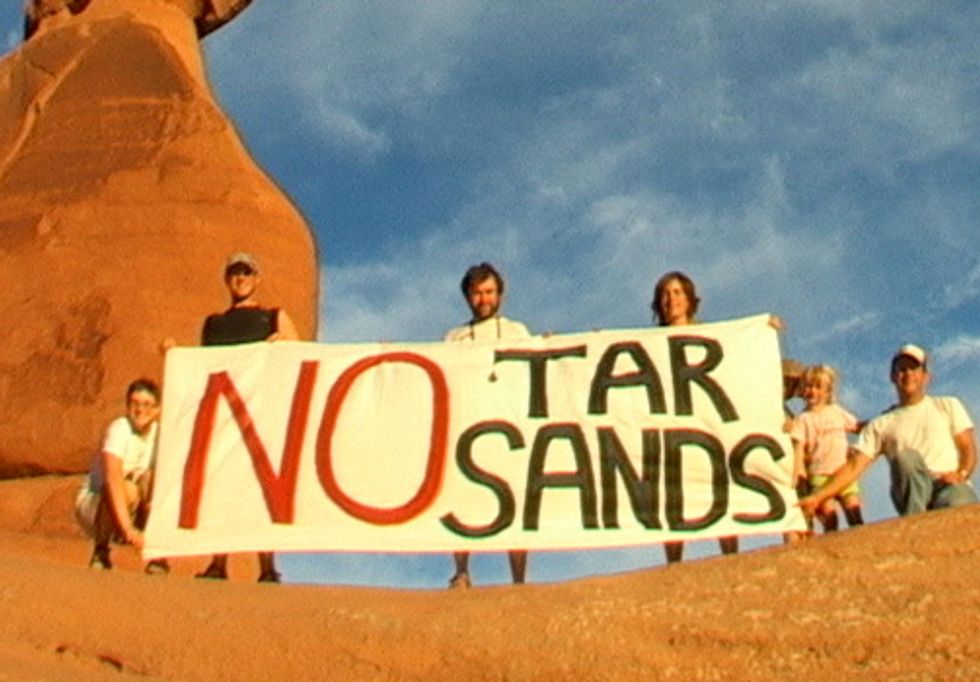 A group of about 10 people hiked to Delicate Arch in Utah on July 17 as part of an international protest to stop tar sands developments across the globe. On Oct. 24, the Utah Water Quality Board approved the first tar sands mine on U.S. soil, handing a permit to U.S. Oil Sands.

MCW Enterprises Ltd., a Canada-based corporation, announced on Nov. 19 that it has received all necessary permits to streamline tar sands extraction at its Asphalt Ridge plant located in Vernal, Utah starting in December.

MCW's website explains that its stake in the Asphalt Ridge is a "proven/probable resource of over 50+ million barrels of oil" and that it "is seeking other oil sands leases in Utah, which contains over 32 billion barrels of oil within 8 major deposits."

Bailey told Flahrety Financial News that he sees this first project as a crucible, or testing grounds, with the potential for more extraction to come down the road.

"This is really going to be a technology play," he stated. "I don't plan to build another Exxon out there in the desert."

"Under this five year Supply Agreement, Temple Mountain will supply MCW with 8,333 tons of oil sands material per month until the year 2016," MCW's website explains.

Once the bitumen is extracted, TME plans on selling the fine-grained sand under which it sits to unconventional oil and gas companies for hydraulic fracturing or fracking.

"The recent rapid expansion of shale gas and shale oil drilling...has greatly increased the need for fracking sand in this region," TME wrote on it website. "Asphalt Ridge is well-positioned to serve this high-volume market—both in terms of geographic location and in terms of sand quality."

With domestic unconventional oil and gas wells under-producing, setting the stage for the shale gas bubble to burst, the push to extract tar sands in the U.S. is a depiction of the oil and gas industry's reckless push to extract every last drop in a "race for what's left."

The age of "easy oil," to borrow the term from scholar Michael Klare, is over. In a May 2012 interview with FutureMoneyTrends.com, Bailey acknowledged this as well, stating that the "cheap, easy oil is pretty much behind us."

Bailey defines "cheap" here with regards to the price of extracting the "tough oil" from a production point-of-view.

But as the Alberta tar sands north of the border have shown, it's the ecosystem and climate that really pays the heaviest price of all.