Eating Seafood Can Reduce Your Carbon Footprint, But Some Fish Are Better Than Others 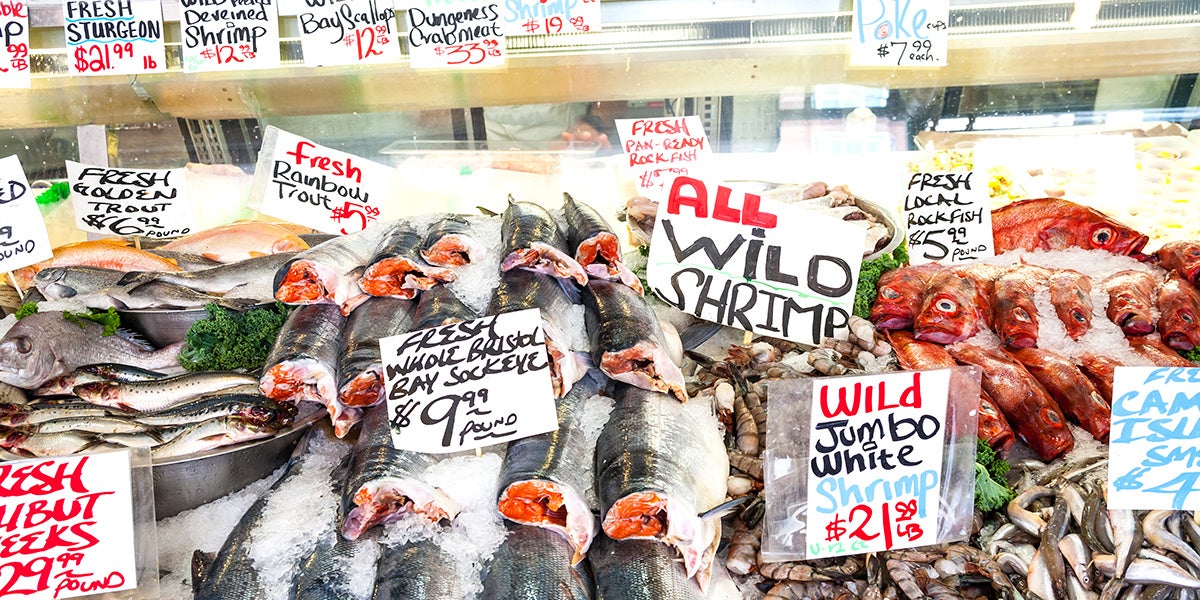 Food is expensive. Not just for pocketbooks, but for the planet. Worldwide, more than 25 percent of greenhouse gas emissions come from food production. That’s methane belched from cows and nitrous oxide escaping from soils, as well as fossil fuels burned by tractors, fishing boats and rumbling transport vehicles. Some foods cost more than others.

Seafood has a smaller carbon footprint than other animal proteins, on average, because fishing doesn’t require farmland or care of livestock. But even among seafoods, fish and shellfish can have varying impacts.

So what’s the best choice? Small schooling species, like anchovies and herring, are the most sustainable options, experts say, based on energy use and emissions of their fisheries. There’s no free lunch. The question is, what can the planet afford? 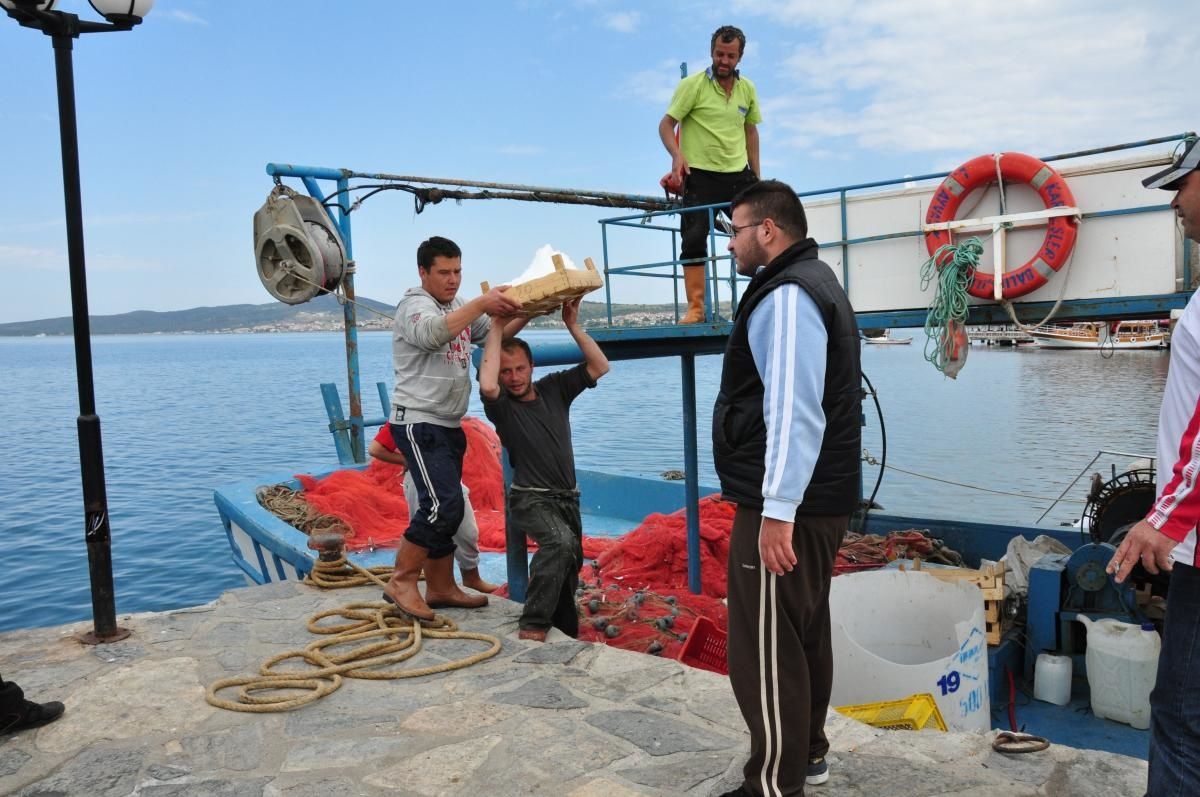 Small schooling fish are low impact because catching them doesn’t burn much fossil fuel, the major source of emissions for fisheries.

Ninety percent of the greenhouse gas emissions associated with wild seafood come from fuel use, said Peter Tyedmers, who studies the environmental consequences of food systems at Dalhousie University in Halifax, Nova Scotia.

“If you think about fishing, where does fuel get burned?” he said. “On a fishing boat, it’s driving the engine. Some fisheries guzzle more gas than others. It depends how long and how hard the engine works.”

Fisheries targeting anchovy, mackerel and similar fish are the most fuel efficient, according to a 2015 study coauthored by Tyedmers. They average less than 80 liters of fuel per ton of catch when fishermen use purse-like nets to surround huge schools of the fish. Because these species swim in dense aggregations, fishermen can locate a swarm, throw a net around the whole thing and pull up thousands of fish in one trip.

Compare this to crustaceans like Australian Tiger prawns or Norway lobster, which can burn more than 10,000 liters of fuel per ton of catch. That’s because it takes a lot of gas to drag a heavy prawn net through the water, as does motoring from one lobster trap to another. Scooping up a whole school of fish at once is much more fuel efficient.

Conservation status matters too, said Nathan Pelletier, an ecological economist and industrial ecologist, specializing in food system sustainability at the University of British Columbia. When populations are healthy, there are more fish in the water, so it takes less time and less fuel to fill a net. Overfishing leaves fewer fish out there, so it takes more time and energy to catch the same amount.

“Abundant fisheries, from a climate change perspective, will be less greenhouse gas intensive,” Pelletier said. “All else being equal, the more fish there are, the less energy we will have to invest in chasing them around and catching them.” 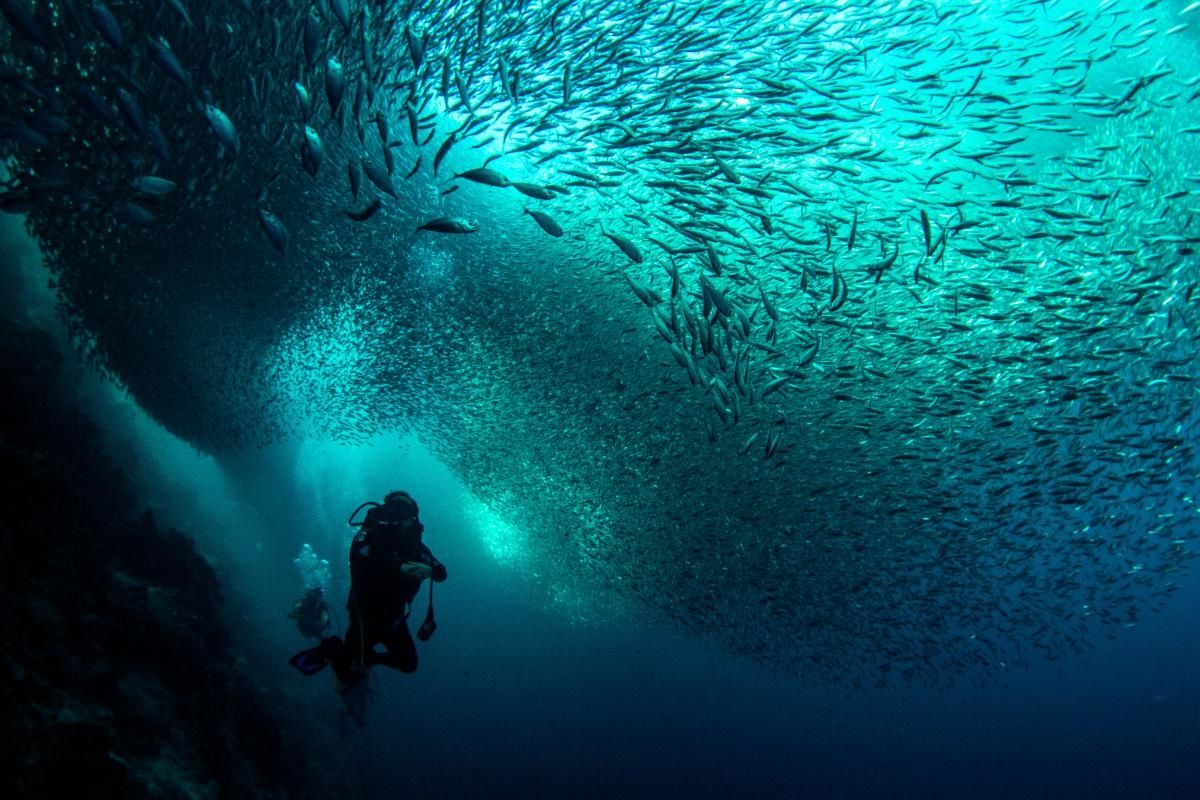 A school of sardines rushes around a diver in Tañon Strait, the largest marine protected area in the Philippines. Dense aggregations of little fish make them a fuel-efficient target for fishermen in other areas. OCEANA / Ferdinand Edralin

On the Half Shell

Farmed mollusks may be another climate-conscious seafood, according to a forthcoming study by ecologist Ray Hilborn, at the University of Washington in Seattle. That’s because these shellfish don’t need to be fed; they can filter sustenance from the water instead. Animal feed can be a huge consideration when it comes to a farm’s carbon footprint.

“From a climate change perspective, what you feed and how much you feed matters a lot,” said Tyedmers. “In aquaculture, the big generalization is your greenhouse gas emissions are overwhelmingly driven by your feed inputs.”

Farmed fish eat a combination of plant and animal parts, like ground up soy or corn, chicken feathers, animal bones and blood. Each ingredient takes energy to grow or catch, and then more energy to process into pellets or flakes. Farming mollusks sidesteps that issue, because they’re filter-feeders, no pellets required.

Hold on though, Pelletier said. The jury is still out on mollusks. They don’t need to be fed, but they do take effort to seed, harvest and process for human consumption. Considering the amount of meat on a mussel or oyster, it’s a low edible yield for the effort.

Farmed mollusks may look good in theory, but Pelletier says he’d be cautious to endorse them, because “it’s mostly shell.” 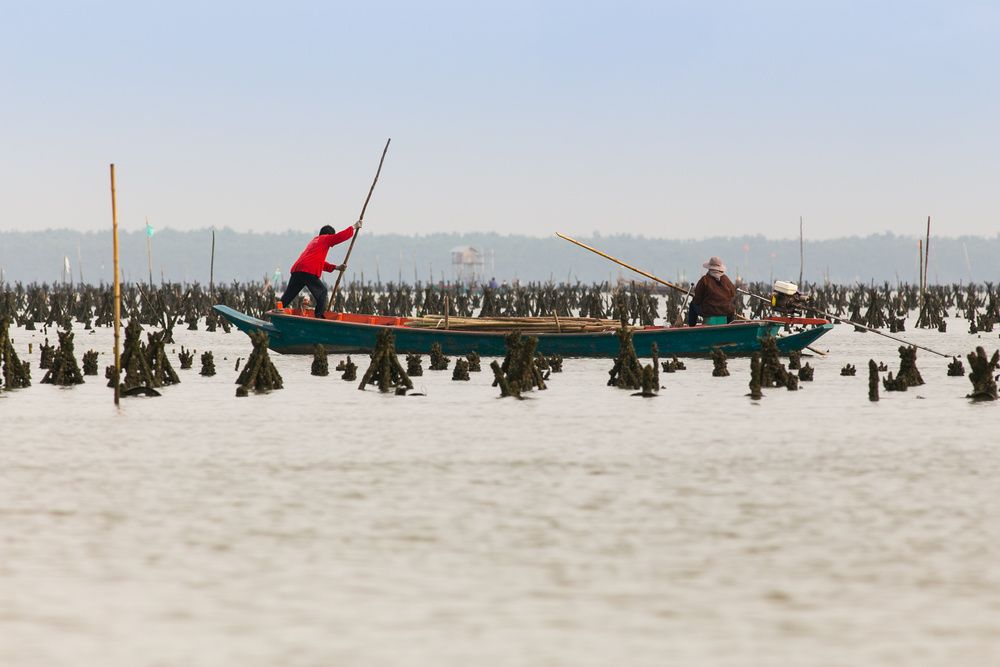 Mussel farmers poke through the rows in Thailand. MKeerati / Shutterstock

Of course, to reduce carbon footprints as much as possible, the best bet is to eat veggies. On average, eating plants has a smaller footprint than eating animals, said Friederike Ziegler, who studies sustainable seafood at the Research Institutes of Sweden, in Gothenburg. But among animal products, seafoods are some of the best, she said. And among seafoods, little fish are the best of the best.

In Sweden, where Ziegler lives and works, the government recommends eating seafood two to three times per week. Most Swedes eat less than that. Small, schooling fish like herring are famously popular in Scandinavia, but even in Sweden, Ziegler said people could eat more fish.

Not everyone can switch to veggies, for both cultural and nutritional reasons. Wild sustainable seafood is the best option, in many parts of the world. When it comes to changing diets, “we have to think about solutions that are culturally appropriate and feasible within their specific contexts,” Pelletier said. 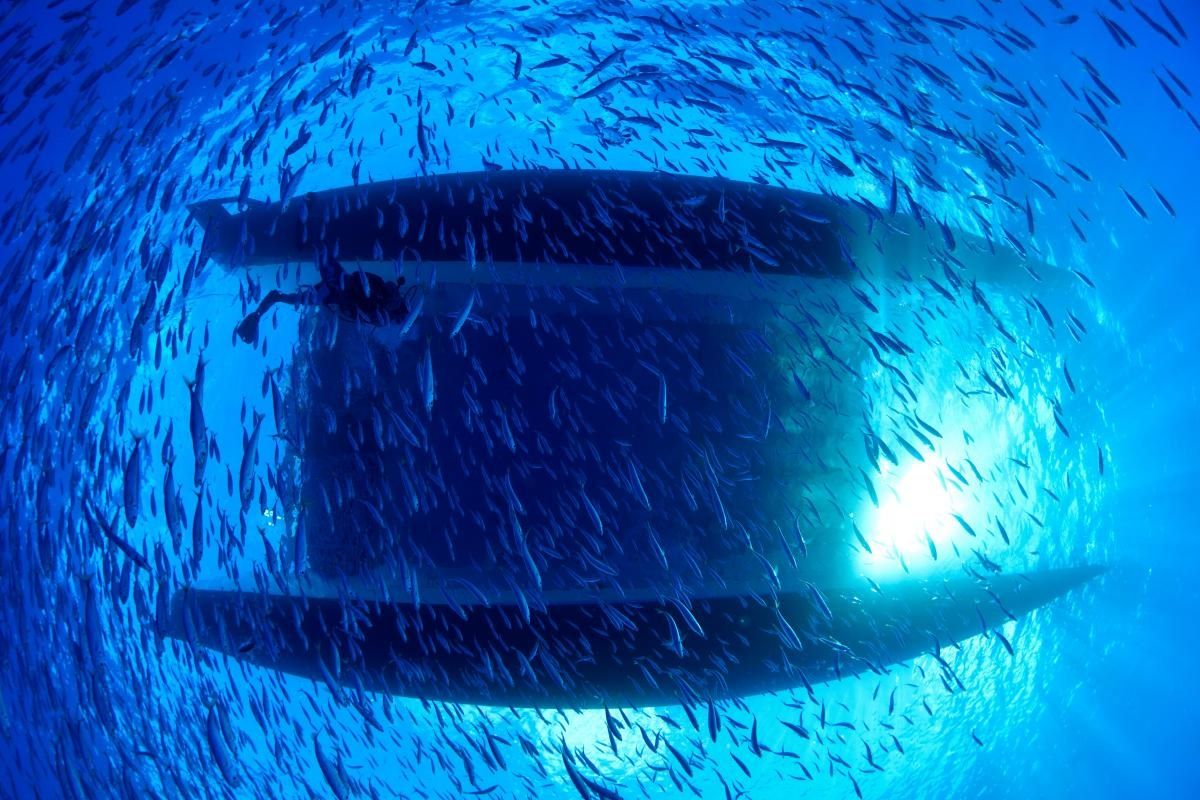 Atlantic horse mackerels race beneath Oceana’s Ranger at Dacia seamount, Spain. Small oily fish like mackerel are some of the most carbon-conscious seafoods. OCEANA / Carlos Minguell

Climate change looms large over the future. To fight it, think like an ocean predator. Dive into the little fish, with big potential for good.