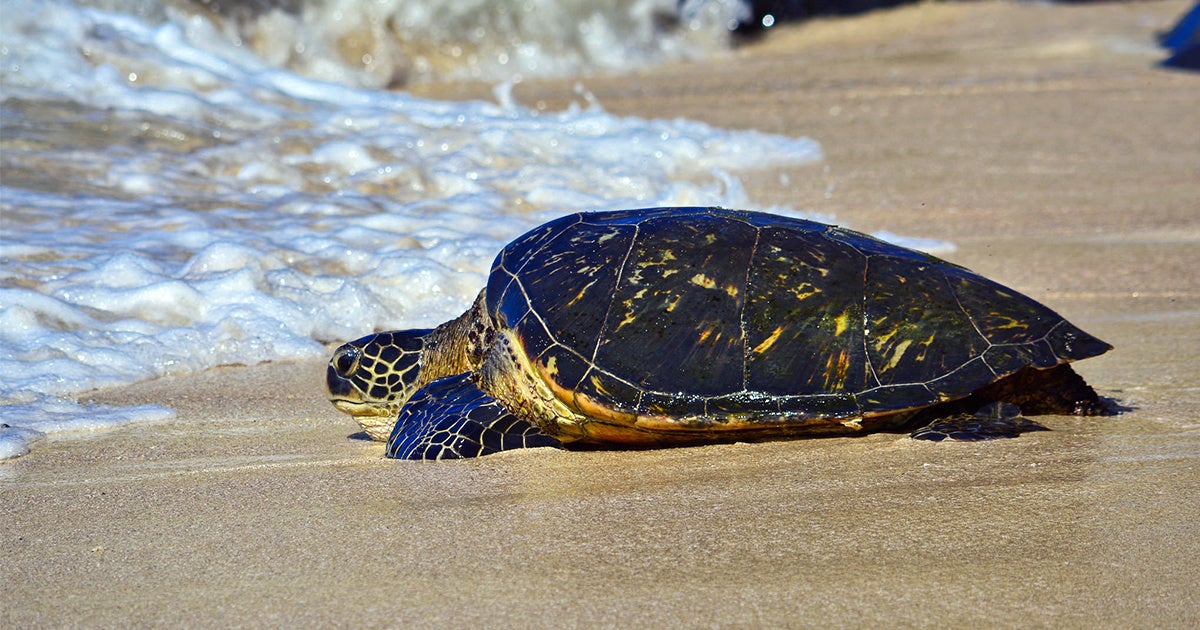 All 102 sea turtles necropsied by scientists were found to have ingested plastics. Kirt Edblom / CC BY-SA 2.0

A new study of sea turtles in three oceans and seas drove home the point, green campaigners said Wednesday, that the world’s governments and corporations are not doing enough to reduce plastic pollution—and marine life is suffering as a result.

One hundred and two sea turtles inhabiting the Atlantic and Pacific oceans and the Mediterranean Sea were the subject of the study by the University of Exeter and Plymouth Marine Laboratory in the United Kingdom—and all 102 of the creatures were found with plastics, microplastics and other synthetics in their digestive systems.

“From our work over the years we have found microplastic in nearly all the species of marine animals we have looked at; from tiny zooplankton at the base of the marine food web to fish larvae, dolphins and now turtles,” said Penelope Lindeque, who co-authored the report. “This study provides more evidence that we all need to help reduce the amount of plastic waste released to our seas and maintain clean, healthy and productive oceans for future generations.”

A total of about 800 particles less than half a centimeter long were found in the turtles’ guts, with scientists finding an average of 150 pieces of plastic in each animal. The Mediterranean was found to be the most polluted body of water the scientists studied, with some turtles’ bodies containing 500 plastics.

“How many more studies like this do we need for corporations to take strong action to curb the production of throwaway plastic which is predicted to quadruple by 2050?” said Graham Forbes, global plastic project leader for Greenpeace USA. “This global environmental crisis must be tackled at the source for the sake of marine life, the world’s oceans, our health and our communities.”

The study provides “a clear sign that we need to act to better govern global waste,” study author Brendan Godley told Plastics News. “It really is a great shame that many or even all of the world’s sea turtles have now ingested microplastics.”

The most common materials found inside the turtles were pieces of tires, marine equipment, cigarettes and clothing. Microbeads used in some cosmetic products, which the UK banned earlier this year following the U.S. ban in 2015, were also found in many of the turtles.

Smaller plastics may not present a choking danger for sea turtles as larger materials do, the study’s authors noted, but they can cause other health problems for the animals.

“Future work should focus on whether microplastics may be affecting aquatic organisms more subtly,” lead author Dr. Emily Duncan said in a statement. “For example, they may possibly carry contaminants, bacteria or viruses, or they may affect the turtle at a cellular or sub-cellular level. This requires further investigation.”

“Our society’s addiction to throwaway plastic is fueling a global environmental crisis that must be tackled at source,” said Louise Edge, an oceans campaign coordinator at Greenpeace.