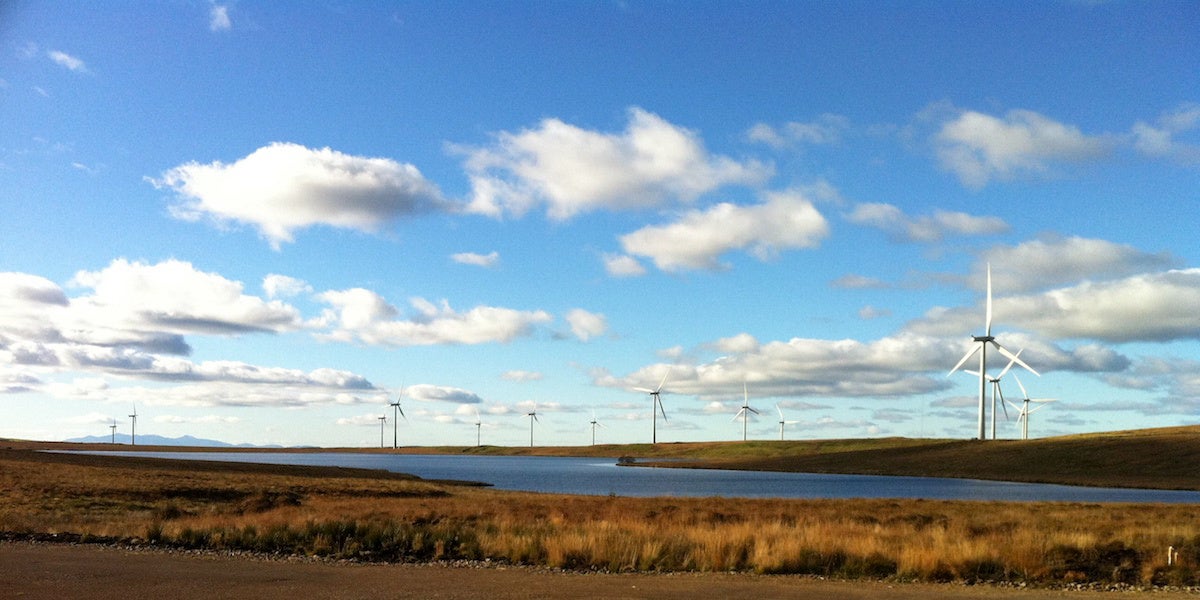 Scotland is celebrating yet another record-breaking month for wind power, new figures show.

“Scotland’s had another fantastic month for
renewable electricity. With more turbines having come online, this trend looks set to continue,” Karen Robinson of WeatherEnergy said in a statement. “Already this year millions of tonnes of damaging carbon emissions have been avoided thanks to investment and forward-thinking policies.”

The country’s total electricity consumption for homes, business and industry in August was 1,776,118 MWh, meaning that wind power supplied nearly half (48 percent) of Scotland’s entire electricity needs for the month.

WWF Scotland’s acting head of policy Gina Hanrahan praised the country’s “huge strides forward” on clean energy and pushed for the same efforts to apply across all energy sectors, including heating, building efficiency and transportation.

“Renewables are working, creating jobs and investment and cutting carbon and thanks to clear policy ambition we are now a leading global player,” Hanrahan said.

The Scottish government is actively working towards a low-carbon future. Last week, First Minister Nicola Sturgeon
announced plans to end the sale of new gas and diesel-powered cars by 2032 and fast-track the development of a country-wide charging network for electric vehicles.

“We live in a time of unprecedented global challenge and change,” Sturgeon
said on Tuesday. “We face rapid advances in technology; a moral obligation to tackle climate change … These challenges are considerable, but in each of them we will find opportunity. It is our job to seize it.”