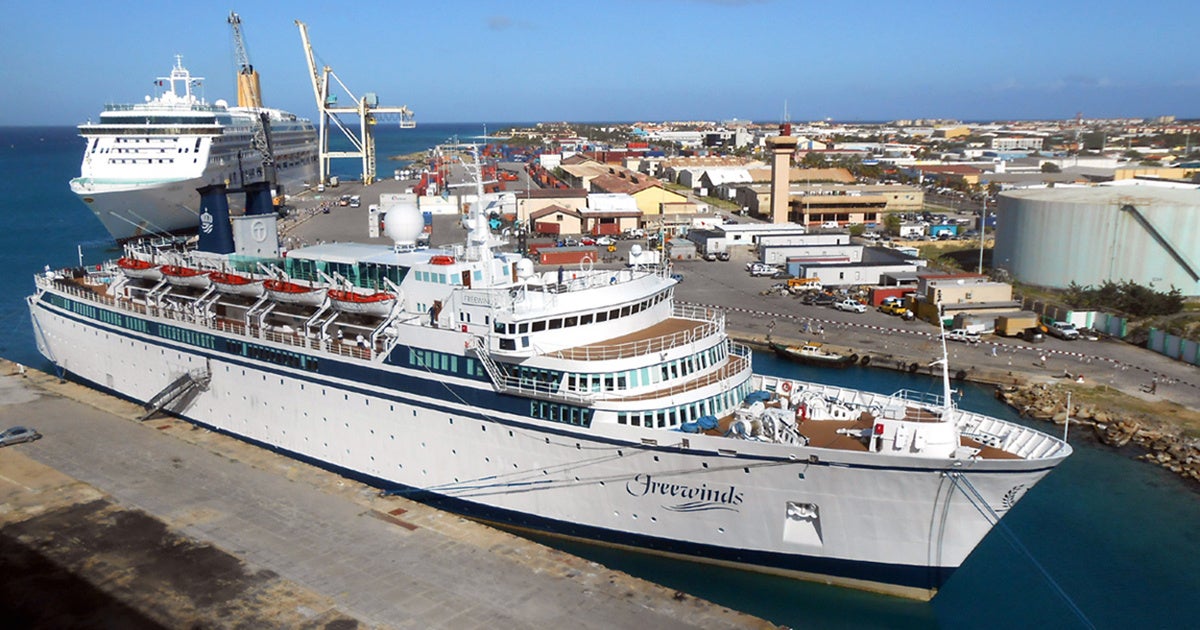 The Freewinds, a Scientology-owned cruise ship currently quarantined over a measles scare, in Aruba in 2014. Roger Wollstadt / CC BY-SA 2.0

A cruise ship reportedly owned by the Church of Scientology has been quarantined in the port of St. Lucia after a case of measles was confirmed on board, health officials said Wednesday. There are almost 300 passengers and crew on the ship, which has the same name as a ship owned by the church, NBC News reported.

The ship has been quarantined in the port of the Caribbean island nation since Monday, the same day that the Centers for Disease Control and Prevention announced that there have been more than 700 measles cases in the U.S. in 2019, the highest number in 25 years.

The ship’s doctor confirmed that one female crew member has a case of measles, and public health officials are concerned she could have spread it to other people on board who may not be vaccinated.

“Because of the risk of potential infection, not just from the confirmed measles case but from other persons who may be on the boat at the time, we thought it prudent to make a decision not to allow anyone to disembark,” St. Lucia Chief Medical Officer Dr. Merlene Fredericks-James said in a statement reported by The New York Times. St. Lucia cannot stop the boat from departing, which it is scheduled to do on Thursday, NBC reported.

Health officials did not give the name of the vessel, but St. Lucia Coast Guard Sargent Victor Theodore said it was called “Freewinds.” The Church of Scientology owns and operates a 440-foot cruise ship by that name, and Theodore identified the quarantined ship as the one pictured on the church’s website. The Church of Scientology did not respond to requests for comment from NBC, CNN or The New York Times.

While some high-profile Scientologists have spoken out against vaccines, the church itself has no official stance on vaccination, The New York Times reported.

“Scientologists are pretty independent people, though I will say this: they tend to do a little more research, perhaps, on the effect of various medical procedures or whatever,” President of the church in New York John Carmichael told Beliefnet in 2006. “They make their own decisions, but those aren’t decisions that the church tries to influence in any way.”

St. Lucia has authority to quarantine the vessel under the island nation’s quarantine and public health acts, CNN reported. Quarantine is also a legal option in every U.S. state.

“Quarantine is a word that people respond to very strongly, but it’s actually one of the strongest tools in the public health tool kit,” Director of the Center for Global Health Science and Security at Georgetown University Rebecca Katz told CNN. “But because it curtails civil liberties, most public health officials are very wary to utilize it.”