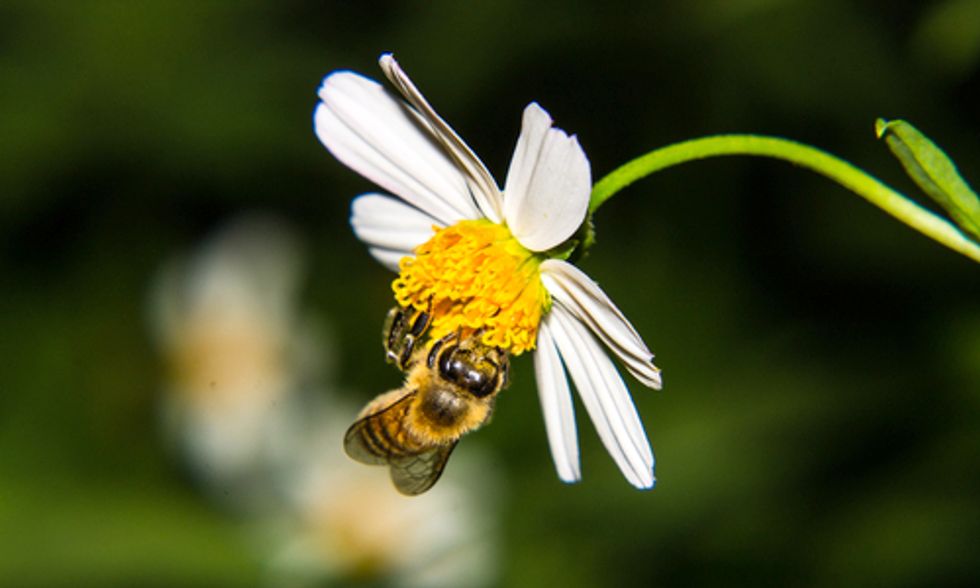 Today, on the heels of last week's celebration of National Pollinator Week and the Presidential Memorandum that followed, the first wide-scale analysis of harmful pesticides known to contribute to declining bee populations has been released.

The Worldwide Integrated Assessment (WIA), issued by the Task Force on Systemic Pesticides, documents significant damage to bees and the environment stemming from the wide-spread use of neonicotinoid pesticides (neonics). The report stresses that even at very low levels, neonics and the products resulting from their breakdown in the environment are persistent and harmful, and suggests that the current regulatory system has failed to grasp the full range of impacts from these pesticides. The authors analyzed more than 800 peer-reviewed publications before coming to their consensus.

The report will appear in a forthcoming issue of the journal Environmental Science and Pollution Research and will be released at events in Brussels, Manila, Montreal and Tokyo over the next two days.

“This report should be a final wake up call for American regulators who have been slow to respond to the science,” said Emily Marquez, PhD, staff scientist at Pesticide Action Network North America. “The weight of the evidence showing harm to bees and other pollinators should move EPA [U.S. Environmental Protection Agency] to restrict neonicotinoids sooner than later. And the same regulatory loopholes that allowed these pesticides to be brought to the market in the first place—and remain on the shelf—need to be closed.”

“The science clearly shows that, not only are these systemic pesticides lethal to pollinators, but even low doses can disrupt critical brain functions and reduce their immunity to common pathogens,” said Nichelle Harriott, staff scientist at Beyond Pesticides.

Neonics, as described by the Center for Food Safety, are a newer class of systemic insecticides that are absorbed by plants and transported throughout the plant’s vascular tissue, making the plant potentially toxic to insects. Imidacloprid (Bayer)—followed by clothianidin (Bayer), thiamethoxam (Syngenta) and dinotefuran—first came into heavy use in the mid-2000s. At about the same time, beekeepers started observing widespread cases of population losses—episodes that lead to the coining of the term "colony collapse disorder."

Over the past few years numerous studies and reports, as well as advocacy groups and beekeepers, have called on the EPA to suspend the use of neonicotinoids, even filing lawsuits and circulating legal petitions against the agency. The EPA has continually stalled and indicated that a review of the pesticides will not be completed until 2018. Meanwhile, the European Commission instituted a continent-wide, two-year ban on neonicotinoids that began Dec. 1, 2013.

“To save our invaluable pollinators, EPA, USDA [U.S. Department of Agriculture] and all Federal agencies must read this report and immediately implement regulatory remedies against the ongoing neonicotinoid disaster,” said Doug Gurian-Sherman, PhD, senior scientist for Center for Food Safety. “We know from recent studies that neonicotinoid seed treatments are generally not improving yields or even keeping common pests at bay. They aren’t serving farmers and they certainly aren’t serving pollinators. It is time to address this common route of exposure.”

The report looks beyond the harmful affects on bees, noting the far-reaching impacts of neonics on entire ecosystems, including contamination of soil and water, as well similar effects being displayed in butterflies and other pollinators.

Since 2006, beekeepers in the U.S. have been losing, on average, more than 30 percent of their bees each year, with commercial productions losing upwards of 50 percent. Last month, the USDA reported that honeybees in the U.S. are dying at a rate too high to ensure their long-term survival.

“The report lends credence to what beekeepers have been saying for several years,” said Jeff Anderson, beekeeper and owner of California-Minnesota Honey Farms. “Our country depends on bees for crop pollination and honey production. It’s high time regulators realize that applying toxins to plants makes them toxic to bees.”