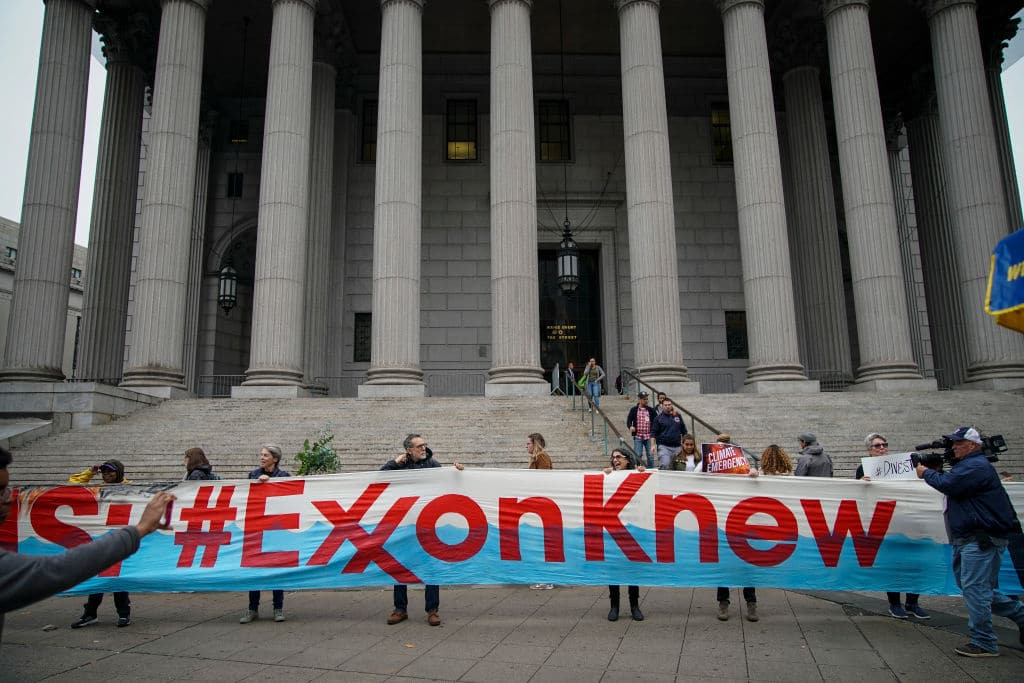 More than 450 scientists have signed a letter to PR and advertising agencies urging them to drop clients that profit from fossil fuels.

The letter was released by Clean Creatives and the Union of Concerned Scientists on Wednesday, as PR Week reported, and emphasized the importance of spreading accurate information about the climate crisis.

“If PR and advertising agencies want to be part of climate solutions instead of continuing to exacerbate the climate emergency, they should drop all fossil fuel clients that plan to expand their production of oil and gas, end work with all fossil fuel companies and trade groups that perpetuate climate deception, cease all work that hinders climate legislation, and instead focus on uplifting the true climate solutions that are already available and must be rapidly implemented at scale,” the letter writers said.

Fossil fuel companies like ExxonMobil have historically worked to cast doubt on the connection between human activity and global heating, despite acknowledging the science internally.

“As scientists who study and communicate the realities of climate change, we are consistently faced with a major and needless challenge: overcoming advertising and PR efforts by fossil fuel companies that seek to obfuscate or downplay our data and the risks posed by the climate crisis,” the letter writers said.

They cited a 2021 study showing that PR firms played an important role in shaping climate discourse and policy, and that the utility and oil and gas sectors hire more PR firms than any other interested party.

“We climate scientists have been trying to raise the climate crisis alarm for decades, but we’ve been drowned out by these fossil fuel industry-funded PR campaigns,” climate scientist and letter signatory Michael Mann told Reuters.

Clean Creatives has led a campaign pressuring major PR firm Edelman to ditch its oil and gas clients. The firm has so far refused but created a panel of “external climate experts to offer input and guidance on strategy and on assignments and client situations of concern,” as Reuters reported.

The letter and the Edelman campaign could indicate a new tactic in the climate movement, building on pushes to get universities, banks and religious groups to divest from fossil fuels.

“The campaign targeting Edelman is one of many more to come, especially if ad agencies continue to ignore their crucial role in exacerbating the climate crisis,” Grecia Nuñez, an American University law student who is part of Law Students for Climate Accountability, told The Washington Post in an email.