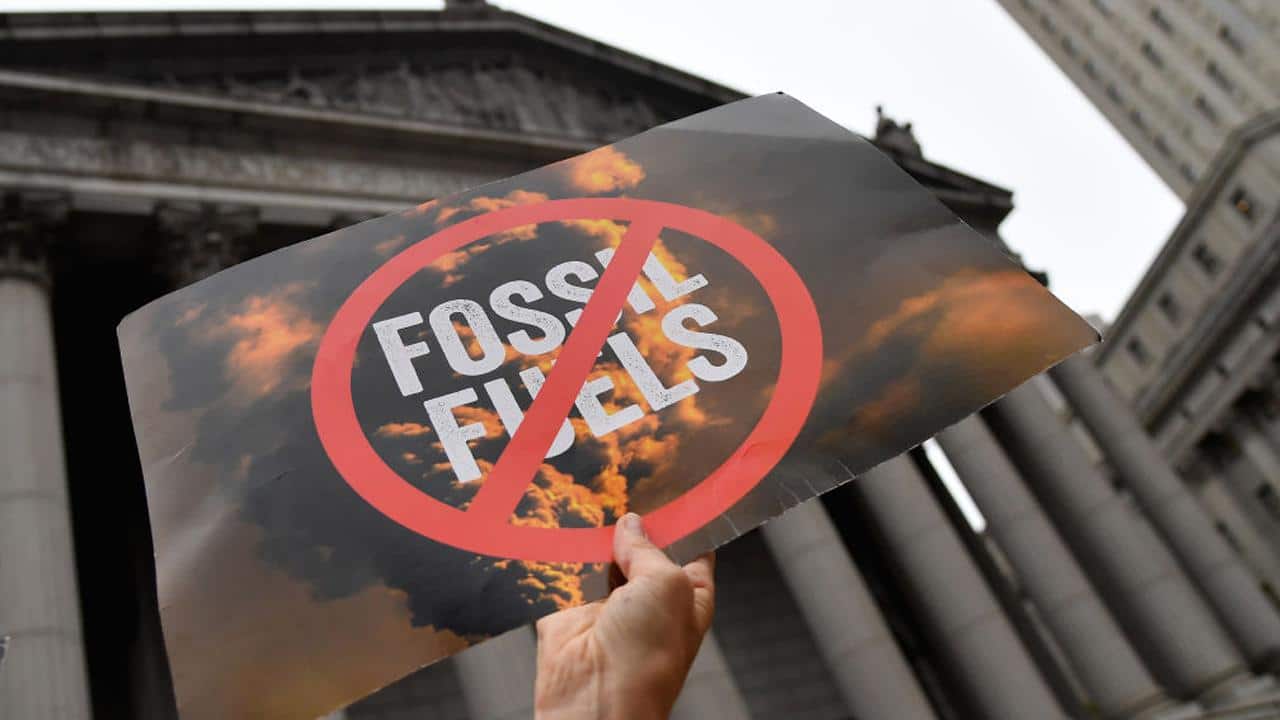 On the heels of congressional Democrats calling the heads of fossil fuel companies and industry lobbying groups to testify about their role in spreading climate disinformation, campaigners published a report Tuesday exposing the contributions of major advertising and public relations firms.

The aim of Clean Creatives’ report, as its introduction explains, was to “document the many known relationships between PR, advertising, and other creative agencies and fossil fuel companies that are responsible for climate change, and compare holding company pledges for climate action with their work for polluting clients.”

“Fossil fuel companies are the biggest polluters, the biggest greenwashers, and the biggest opponents of life-saving climate action. There is no room for ad and PR professionals to continue promoting companies that are doing so much damage to our future,” said Clean Creatives director Duncan Meisel in a statement about the report, entitled The F-List 2021The F-List 2021.

“The most important step any agency can take to address the climate crisis is to rule out working with fossil fuel companies,” Meisel added. “We need creatives and communications experts to bring their full energy towards ending this crisis, not extending it.”

The report focuses on the work of 90 agencies across three different regions—Australia, Europe, and North America—and notes that “fossil fuel industry clients include the full range of corporations involved in the business of extracting, transporting, refining, and selling fossil fuels, their trade associations, and front groups representing their interests.”

In the United States, the fossil fuel companies have “expanded their efforts to oppose and water down major climate legislation under the Biden administration,” the report says. In Europe, they face a “stricter regulatory environment targeting their products, and a tightening space for their advertisements,” but “these measures have not stopped fossil interests—both in the business of extraction, and power generation—from attacking major proposals for climate action.”

In Australia, one of the world’s top exporters of gas and coal, “the influence of fossil fuel companies goes all the way to the top,” the report points out, “with Prime Minister Scott Morrison famously brandishing a lump of coal in parliament and holidaying in Hawaii as the country faced catastrophic bushfires.”

Belinda Noble, founder of Comms Declare, which co-authored the report, explained that “Australia is unique because three prime ministers have lost their jobs for trying to limit greenhouse gases.”

“With corporate giants continuing to pump tens of millions into sponsorships, PR, lobbying, and marketing every year,” she added, “it’s no wonder Australia has no net-zero commitment and is playing a wrecking role in international climate negotiations.”

The concept of net-zero emissions “has rapidly proliferated through corporate communications” since the Paris agreement was signed in 2015, and “the term has taken on even greater importance” going into this year’s COP 26 summit in Glasgow, Scotland, the report notes.

Defining what “net-zero” is and isn’t “will need to be a central focus of advertising and PR trade associations, regulators, and internal ethics watchdogs for agencies with fossil fuel clients,” the report says, warning of how it could be used for “a growing number of fossil fuel PR and ad campaigns, in a large and widespread greenwashing effort towards the end of 2021.”

The report features a chart showing which firms serve which fossil fuel clients, noting when an ad or PR agency is tied to a holding company. It also highlights conflicts between the polluter clients and sustainability pledges of major holding companies—WPP, Interpublic, Dentsu, Publicis, and Omnicom.

“Exxon has become one of the top spenders on climate issues on Facebook, frequently sharing misleading statistics about proposed climate action, and encouraging users to ‘take action’ to stop them on their website Exxon Exxchange,” the report says, highlighting the key role of social media giants in the dissemination of climate disinformation.

ExxonMobil has faced heightened scrutiny for its efforts to influence U.S. politics in the wake of an exposé published earlier this summer. CEO Darren Woods is among those invited to appear before the U.S. House Oversight and Reform Committee next month for a hearing reminiscent of the 1990s congressional investigations into Big Tobacco.