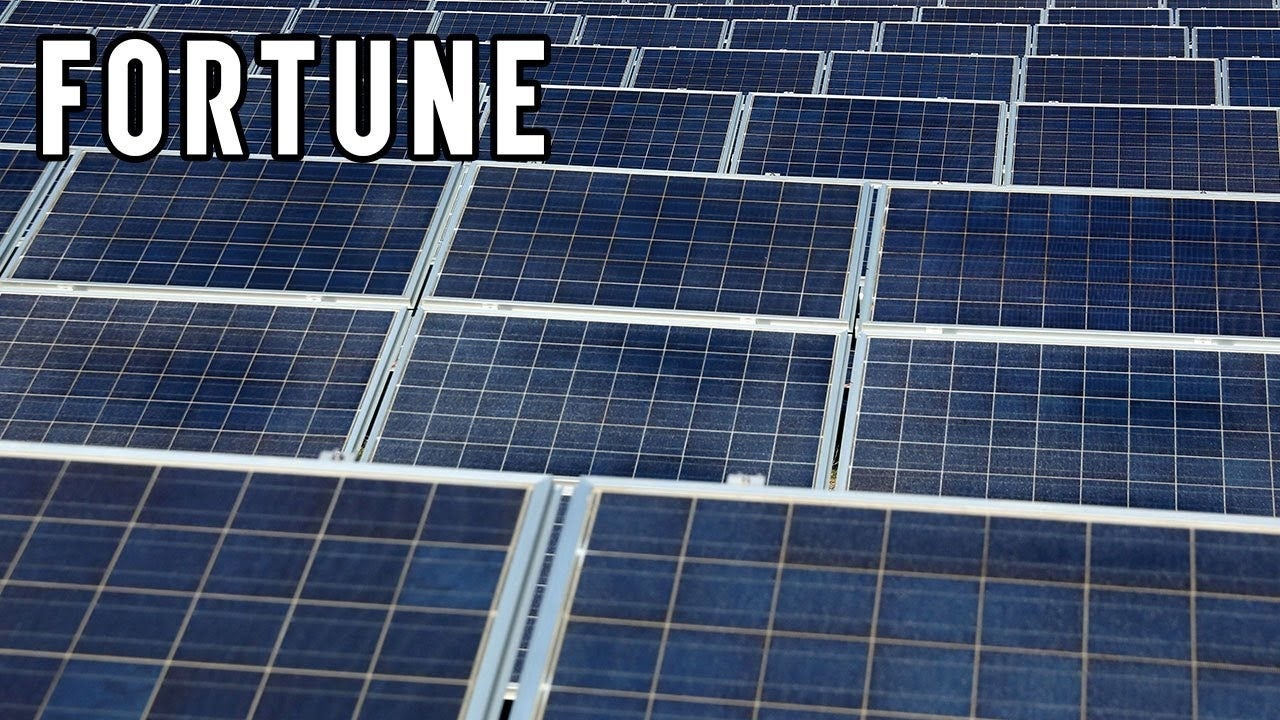 According to the most recent data available from the U.S. Energy Information Administration (EIA), Saudi Arabia is the second largest oil producer in the world. It produces 13 percent of the world’s oil and gets 60 percent of its own electric energy from petroleum.

But the desert nation, whose Paris agreement action plan was rated as “critically-insufficient” by Climate Action Tracker in November 2017, is about to go from zero to hero on the green scale.

On Tuesday, it announced that it would partner with Japanese tech conglomerate SoftBank to build the world’s largest solar power project, Bloomberg reported.

Except that “world’s largest” doesn’t quite cover of size of the project’s ambitions.

According to Bloomberg, the project, which will be built in the Saudi desert, is projected to generate 100,000 jobs and produce 200 gigawatts of power by 2030, 100 times the next biggest planned project, the Solar Choice Bulli Creek PV Plant in Australia, which only aims to produce two.

Solar power is a logical choice for Saudi Arabia. It’s capital, Riyadh, averages 8.9 hours of sunshine a day, and the country is also projected to be severely impacted if climate change raises global temperatures above 1.5 degrees Celsius above industrial levels. According to Climate Action Tracker, if global temperatures rise to three or four degrees Celsius, 75 percent of the country would be excessively arid by the end of the century.

“The kingdom has great sunshine, great size of available land and great engineers, great labor, but most importantly, the best and greatest vision,” SoftBank founder Masayoshi Son said of the new project, as reported by Bloomberg.

To provide more context for the scope of that vision, Fortune pointed out that the total capacity of all existing solar installations is around 400 gigawatts, which is only double what the Saudi/SoftBank project plans to produce on its own. China’s Tengger Desert Solar Park, the largest installation currently in operation, generates a little more than 1.5 gigawatts. Since the Saudi project estimates an output of 7.2 gigawatts by 2019, it will more than quadruple the output of the current leader in just one year.

The project is projected to cost $200 billion overall. Saudi Arabia will have to import panels at first, and it will also need to build up the battery capacity to store the solar energy. The first phase will cost $5 billion, $1 billion of which will come from the Vision Fund, which Saudi Arabia and SoftBank are joint investors in.

Son told Fortune he thought the investment would be worth it.

“The project will fund its own expansion,” he said.

The Saudi government’s bold investment in solar power humbles the U.S., which, according to EIA data, is the country currently leading it as no. 1 oil producer.

However, instead of encouraging the solar industry in order to reduce production of fossil fuels, the Trump administration has given it the jitters by announcing a 30 percent tariff on imported solar panels this January.