Why Sacred Sites Were Destroyed for the Dakota Access Pipeline 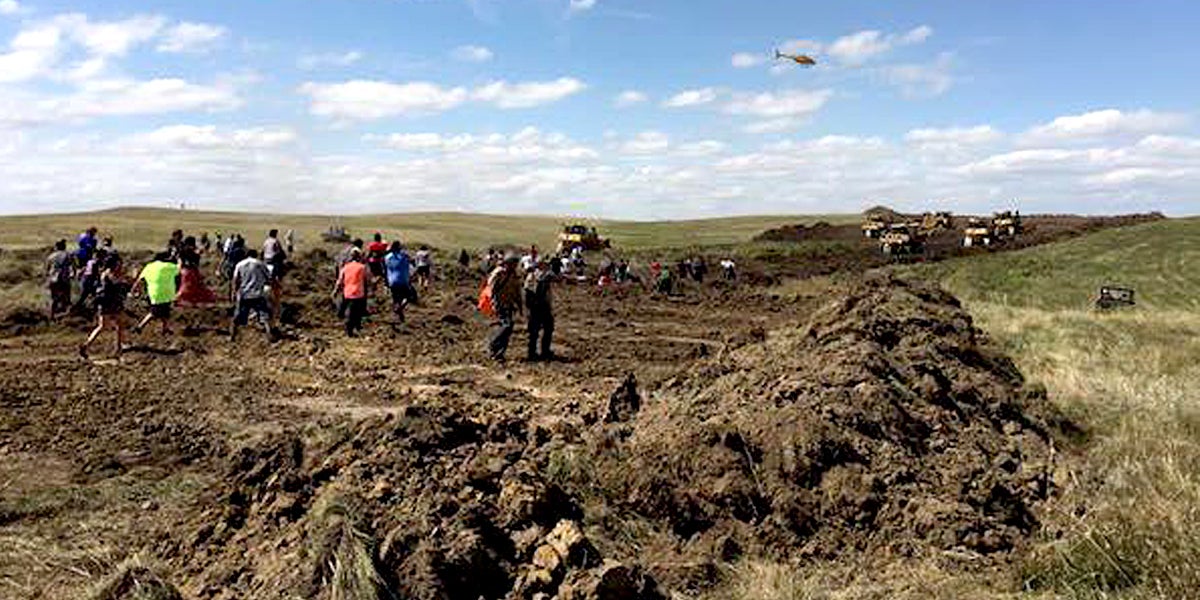 This summer, Tim Mentz Sr. told the world via a YouTube video, which has now been removed by the user, about the destruction of his cultural heritage. A former tribal historic preservation officer of the Standing Rock Sioux, Mentz wore a baseball cap, rimless glasses and two thin braids of graying hair. He was upset and spoke rapidly about the area behind him, an expanse of the Great Plains cut by a new 150-foot-wide road. 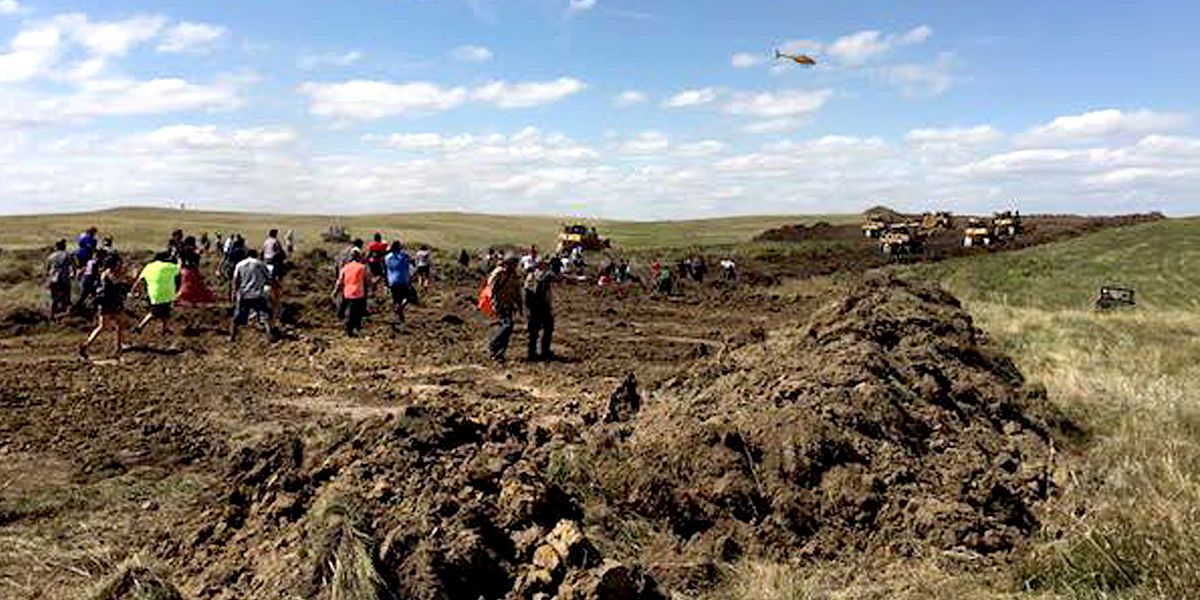 The scene on Sept. 3 as sacred sites and artifacts were bulldozed by workers for the Dakota Access Pipeline in locations pinpointed by the Standing Rock Sioux Tribe in court papers filed the day before.Red Warrior Camp / Facebook

Two days before, Mentz had testified to the DC District Court to report the area that lay in the path of the controversial Dakota Access Pipeline (DAPL) corridor holds 82 cultural features and 27 graves. By the next day, DAPL construction workers graded the area. Behind where Mentz stood in the video was a place known as the Strong Heart Society Staff, where a sacred rattle or staff was placed within stone rings. Here members of the elite warrior society would come to make pledges. Mentz explained the site is tangible evidence that Strong Heart members followed a “spiritual path.”

As an anthropologist who has worked with Native Americans for more than a decade to document their sacred places in the paths of new power plants, power lines, water pipelines and more, the battle in North Dakota is all too familiar.

I have seen how the legal process behind environmental and archaeological reviews for energy projects, such DAPL, work—and often don’t work. The tragedy in North Dakota for cultural heritage—and the violence against protesters that has resulted—comes in part from a failure of the U.S. legal system. Consultation with tribes too often breaks down because federal agencies are unwilling to consider how Native Americans view their own heritage.

“Archaeologists—they don’t see these,” Mentz said in the video of features, including graves, within the Strong Heart Society site. “The [archaeological] firm that came through here walked over these. They do not have a connection that we have to our spiritual walk of life.”

If completed, the Dakota Access Pipeline would run from North Dakota to Illinois for nearly 1,200 miles, carrying up to 570,000 barrels of crude oil per day. DAPL would meander across the landscape, through farms, around cities, buried underground and across more than 200 waterways. The passage of the pipeline over and under waterways requires permits from the U.S. Army Corps of Engineers. This federal authorization in turns requires compliance with the National Historic Preservation Act (NHPA).

Passed into law in 1966, the NHPA arrived in the churning wake of WWII, when America’s waiting future was threatening its irreplaceable past. The expansion of American infrastructure—highways, dams, electrical grids—was swiftly destroying ancient archaeological sites, cemeteries and historic buildings. With the NHPA, Congress declared that preservation of America’s shared heritage is in the public interest. 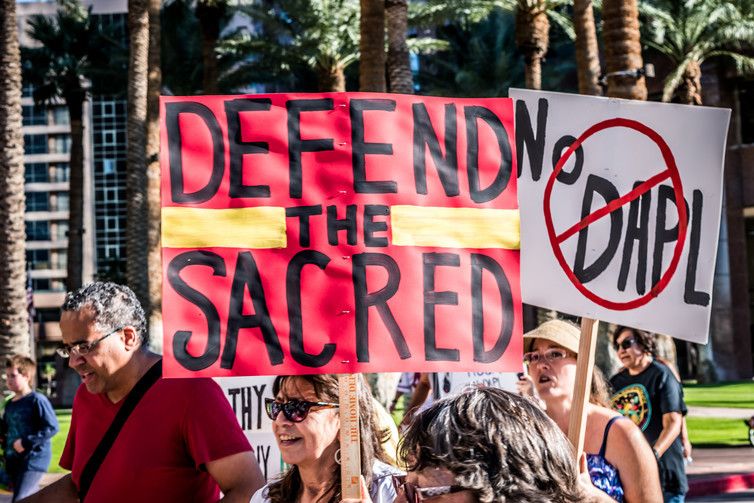 The stand-off between Native Americans in North Dakota and an oil pipeline project developer and police forces has inspired protests across the country.Paulann Egelhoff / Flickr

When considering a new undertaking, a number of effects on historic properties must be considered: direct (like physical destruction), indirect (like spoiling a viewshed), short-term, long-term or cumulative (like how one pipeline may not harm a site, but perhaps a dozen of them will). The NHPA does not guarantee preservation. But it requires that decision-makers balance America’s interest in development with the need to honor its history.

For many years, Native Americans would have had little input on a project such as DAPL. But in 1992, Congress amended the NHPA to formally include traditional cultural properties. These are places that, because of their association with Native American cultural practices or beliefs of a living community, “are rooted in that community’s history” and “are important in maintaining the continuing cultural identity of the community.”

The amendments directed federal agencies, in carrying out their responsibilities under the NHPA, to consult with Indian tribes that attach religious and cultural significance to these sacred places.

In North Dakota, federal and state review and compliance measures for DAPL were combined. Archaeologists walked the pipeline’s 357 miles in North Dakota, locating 149 sites potentially eligible for the National Register of Historic Places. Engineers rerouted DAPL to avoid all but nine sites.

Archaeologists serve an important role in documenting historic properties. But they tend to view the world through the lens of science and history. They search out buried villages, pottery shards, bones, broken stone tools. Yet in my experience, they rarely have the expertise and knowledge to identify traditional cultural properties, which are grounded in identity, culture, spirituality and the land’s living memory.

Traditional cultural properties in the U.S. can often be archaeological sites, artifacts that ancestors once touched and places that mark ancestral homes. But just as often they can be a mountain where spirits dwell or a spring where water is gathered for ceremonies. They can be a traditional area for collecting plants or animals that sustain and heal communities. They can be origin places where ancestors emerged onto the earth or named places recalled in ancient tongues. 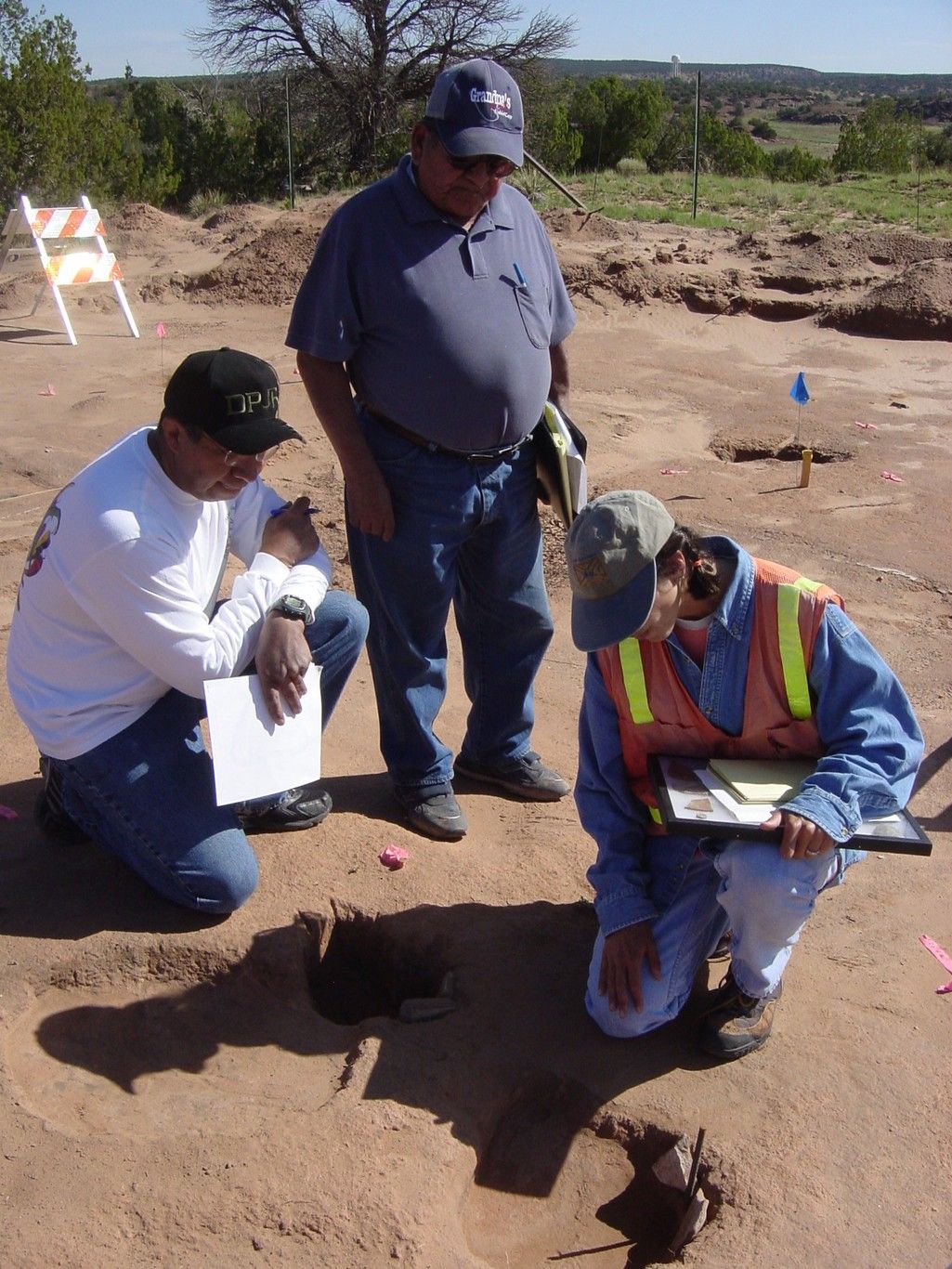 This is why documenting traditional cultural properties requires not the work of archaeologists but Native Americans as well. On one project I conducted with the Hopi tribe to detail cultural resources along a 470-mile power line, we needed weeks of research to identify more than 200 plant species that the tribe uses in its traditional religious and healing practices.

On another project I conducted with the Zuni tribe, I watched as elders explained to the archaeologists excavating a site in the path of a new Arizona highway that they had placed a survey flag in a semicircle of rocks – which was likely a shrine used to bless and protect the ancient village. When it comes to traditional practices, Native Americans see what archaeologists overlook.

For DAPL, a tribal survey was not undertaken. In North Dakota the U.S. Army Corps of Engineers tried to engage in consultation dozens of times, but the Standing Rock Sioux largely refused because the federal agency only wanted to consult on a narrow corridor at water crossings instead of the entire pipeline.

Once, though, consultation did occur at Lake Oahe on March 8. Current designs call for the pipeline to go under this now controversial waterway, which the Sioux want protected. There Standing Rock representatives showed U.S. Army Corps of Engineers staff important cultural resources—a cemetery, ancient village and sacred stone. The U.S. Army Corps of Engineers officials admitted they were unaware of some of these sites. 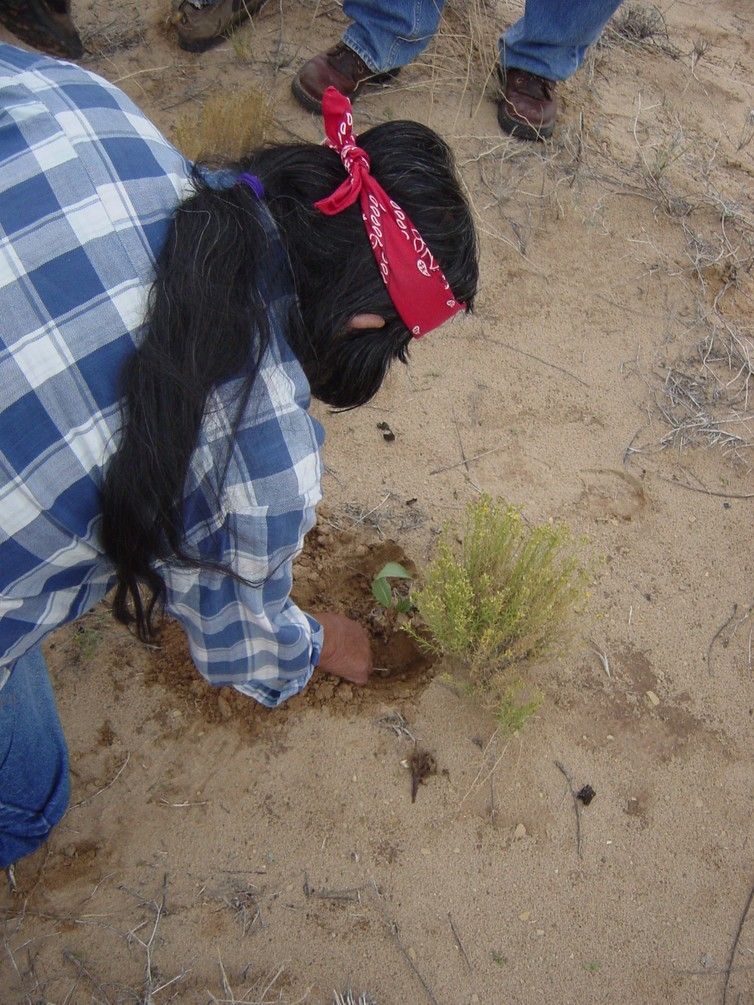 On Sept. 21 and then again on Oct. 20, according to an email I received from the North Dakota State Historic Preservation Office, delegations that included law enforcement, Standing Rock Sioux officials and tribal and state archaeologists went to the areas that Mentz suggested contained 82 sites and 27 burials.

They found on closer inspection—tribal archaeologists hadn’t been allowed on private land—that none of the features were disturbed by the 150-foot corridor, with the exception of four rocks that might have been displaced. Two bones were recovered, but analysis showed them to be from a horse, cow or bison. It would seem that the main sites Mentz agonized over had escaped physical destruction. However, tribal input would be needed to determine if the sites, so close to the corridor, could still suffer from indirect and cumulative impacts.

This is an unfortunate but common occurrence. Last month I went out with traditional leaders of the Zuni tribe in New Mexico to identify traditional cultural properties under the NHPA in the path of a massive network of water pipelines. When we arrived, we found dozens of construction workers busily laying the new pipe. An archaeological survey was already completed; the construction had begun with the consent of the federal agency. We were too late.

Given that the U.S. Army Corps of Engineers is now saying it needs more information before making a decision about DAPL, let’s hope in North Dakota there’s still time to finally listen to the tribe.