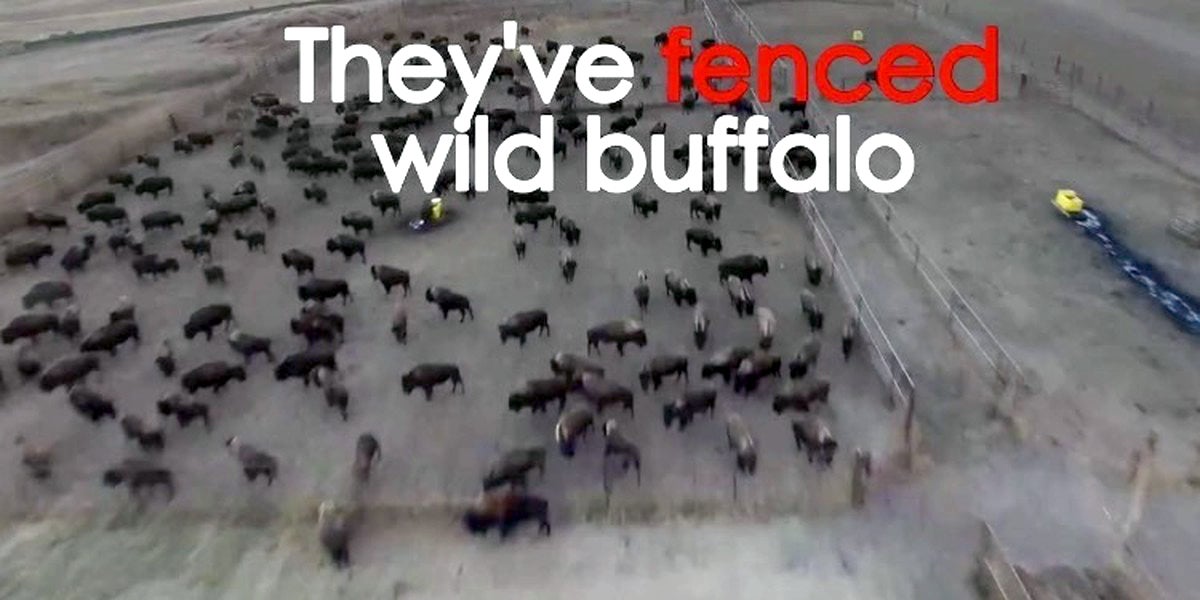 A new video appears to show wild buffalo corralled behind razor wire and 8-foot deep trenches near the
Dakota Access Pipeline (DAPL) construction site in Standing Rock, North Dakota. The video, posted on Facebook by Indigenous Rising Media on Nov. 11 with more than 1.2 million views, accuses DAPL builders of fencing off the animals in order to finish construction of the controversial pipeline.

“As of today, Dakota Access pipeline has fenced our sacred wild buffalo and they are building a razor wire wall to protect the last stretch of construction,” the Facebook post’s accompanying text states.

Reports claim that the buffalo are being held without access to food or water.

However, in the video’s comments section, some have questioned whether the herd is actually part of a bison ranch and that the pipeline company might have nothing to do with it.

Still, there have been random sightings of wild buffalo/bison stampedes during the ongoing Standing Rock protests. (Note: although they are different animals, Americans use “bison” and “buffalo” interchangeably).

Watch here as the Standing Rock Sioux and their allies cheer over the arrival of the unexpected visitors:

According to the fact-checking site Snopes, “Bison are not necessarily a rare sight at the reservation. The Standing Rock Sioux have long-range plans to increase the size of their buffalo herd to 1,000. To handle a herd of that size, the tribe would need 20,000 acres of rangeland.”

Buffalo are sacred to the Sioux. “Buffalo (Tatanka in Lakota) are a significant animal to Sioux and other plains peoples, who use it for food and clothing,” Snopes writes.

The Animal Legal Defense Fund (ALDF) has since launched an investigation into the matter.

“It has been reported that wild buffalo are being corralled and held behind razor wire fencing without food or water near the Dakota Access Pipeline—and that there have been threats of killing the buffalo by the construction company,” the ALDF wrote on their Facebook page. “The Animal Legal Defense Fund is confirming reports, collecting additional information and investigating the legality of the treatment of these buffalo.”

The $3.8 billion pipeline project is now entering the final stretch. As EcoWatch reported, more than 80 percent of has already been constructed. The final phase is an easement to build a tunnel beneath the federally protected Missouri river, but it first needs approval from the Obama administration.

Energy Transfer Partners’s Kelcy Warren, the CEO of the parent company of Dakota Access LLC, which is building the DAPL, told CBS News last week he is confident the pipeline will finish despite the ongoing protests.

“We will get this easement and we will complete our project,” he said.

Warren has been emboldened after Donald Trump’s election win, as the president-elect holds stocks that are directly funding the Dakota Access Pipeline. According to Trump’s financial disclosure forms, The Guardian reported that he has invested between $500,000 and $1 million in Energy Transfer Partners.

The ardent supporter of fossil fuels wants to bring back the Keystone XL and announced plans to undo President Obama’s climate change and environmental policies.