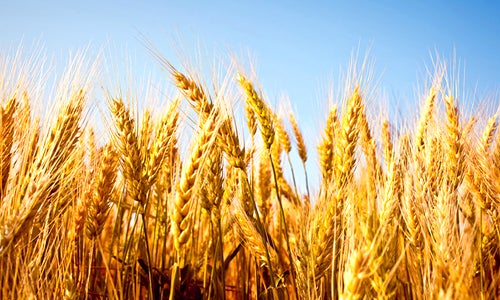 At the elevated levels of atmospheric carbon dioxide (CO2) anticipated by around 2050, crops that provide a large share of the global population with most of their dietary zinc and iron will have significantly reduced concentrations of those nutrients, according to a new study led by Harvard School of Public Health (HSPH). Given that an estimated 2 billion people suffer from zinc and iron deficiencies—resulting in a loss of 63 million life years annually from malnutrition—the reduction in these nutrients represents the most significant health threat ever shown to be associated with climate change. 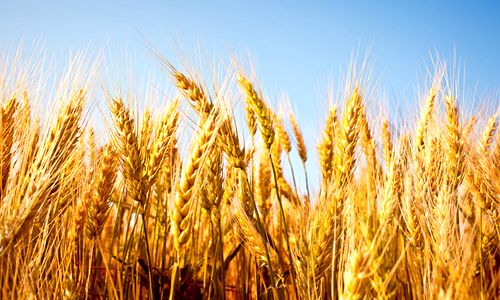 “This study is the first to resolve the question of whether rising CO2 concentrations—which have been increasing steadily since the Industrial Revolution—threaten human nutrition,” said Samuel Myers, research scientist in the Department of Environmental Health at HSPH and the study’s lead author. The study appears online May 7 in Nature.

Some previous studies of crops grown in greenhouses and chambers at elevated CO2 had found nutrient reductions, but those studies were criticized for using artificial growing conditions. Experiments using free air carbon dioxide enrichment (FACE) technology became the gold standard as FACE allowed plants to be grown in open fields at elevated levels of CO2, but those prior studies had small sample sizes and have been inconclusive.

The researchers analyzed data involving 41 cultivars (genotypes) of grains and legumes from the C3 and C4 functional groups (plants that use C3 and C4 carbon fixation) from seven different FACE locations in Japan, Australia and the U.S. The level of CO2 across all seven sites was in the range of 546 to 586 parts per million (ppm). The researchers tested the nutrient concentrations of the edible portions of wheat and rice (C3 grains), maize and sorghum (C4 grains), and soybeans and field peas (C3 legumes).

The results showed a significant decrease in the concentrations of zinc, iron and protein in C3 grains. For example, zinc, iron and protein concentrations in wheat grains grown at the FACE sites were reduced by 9.3 percent, 5.1 percent, and 6.3 percent, respectively, compared with wheat grown at ambient CO2. Zinc and iron were also significantly reduced in legumes; protein was not.

The finding that C3 grains and legumes lost iron and zinc at elevated CO2 is significant. Myers and his colleagues estimate that 2 billion to 3 billion people around the world receive 70 percent or more of their dietary zinc and/or iron from C3 crops, particularly in the developing world, where deficiency of zinc and iron is already a major health concern.

C4 crops appeared to be less affected by higher CO2, which is consistent with underlying plant physiology, as C4 plants concentrate CO2 inside the cell for photosynthesis, and thus they might be expected to be less sensitive to extracellular changes in CO2 concentration.

The researchers were surprised to find that zinc and iron varied substantially across cultivars of rice. That finding suggests that there could be an opportunity to breed reduced sensitivity to the effect of elevated CO2 into crop cultivars in the future.

In addition to efforts to reduce CO2 emissions, breeding cultivars with reduced sensitivity to CO2, biofortification of crops with iron and zinc, and nutritional supplementation for populations most affected could all play a role in reducing the human health impacts of these changes, said Myers. “Humanity is conducting a global experiment by rapidly altering the environmental conditions on the only habitable planet we know. As this experiment unfolds, there will undoubtedly be many surprises. Finding out that rising CO2 threatens human nutrition is one such surprise,” Myers said.