Report Finds Keystone XL Would Be Even Worse Than Predicted 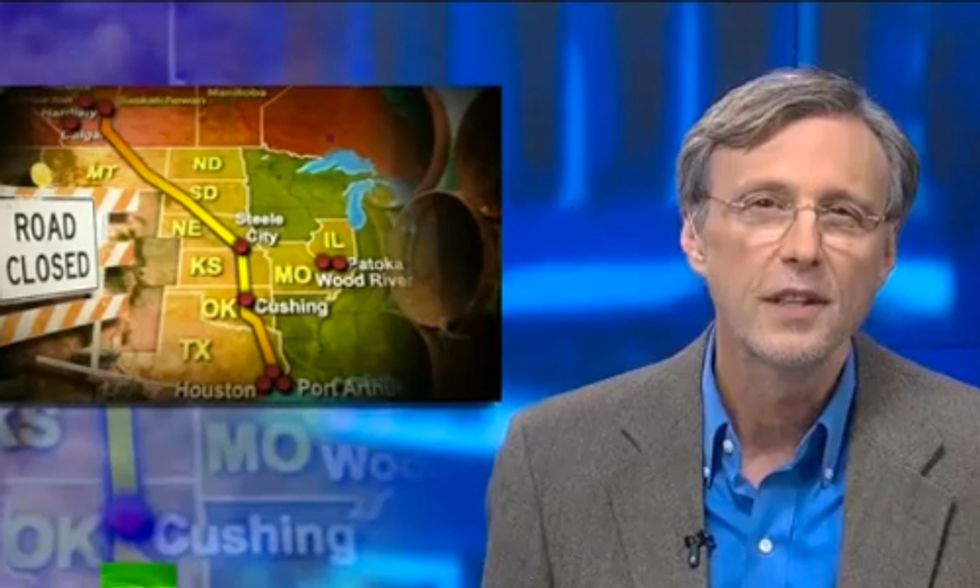 The final decision on the Keystone XL tar sands pipeline is indefinitely on hold, but damning evidence of the pipeline’s potential harm continues to grow.

The Big Picture With Thom Hartmann looks at a new report by the Stockholm Environmental Institute finding that, if approved, Keystone XL could be even worse for the environment than we already thought.

If built, the pipeline could add up to a whopping four times more carbon pollution to our atmosphere than originally estimated by the State Department.

How could the State Department so drastically underestimate the potential climate change-causing pollution? Simple: the analysis did not consider global impacts of the Keystone XL.

How important are these findings? Tyson Slocum, director of Public Citizen’s energy program, joins Hartmann to discuss oil prices, tar sands, climate—and the big question on opponents' minds: Could this be the final nail in the coffin for the Keystone XL pipeline?