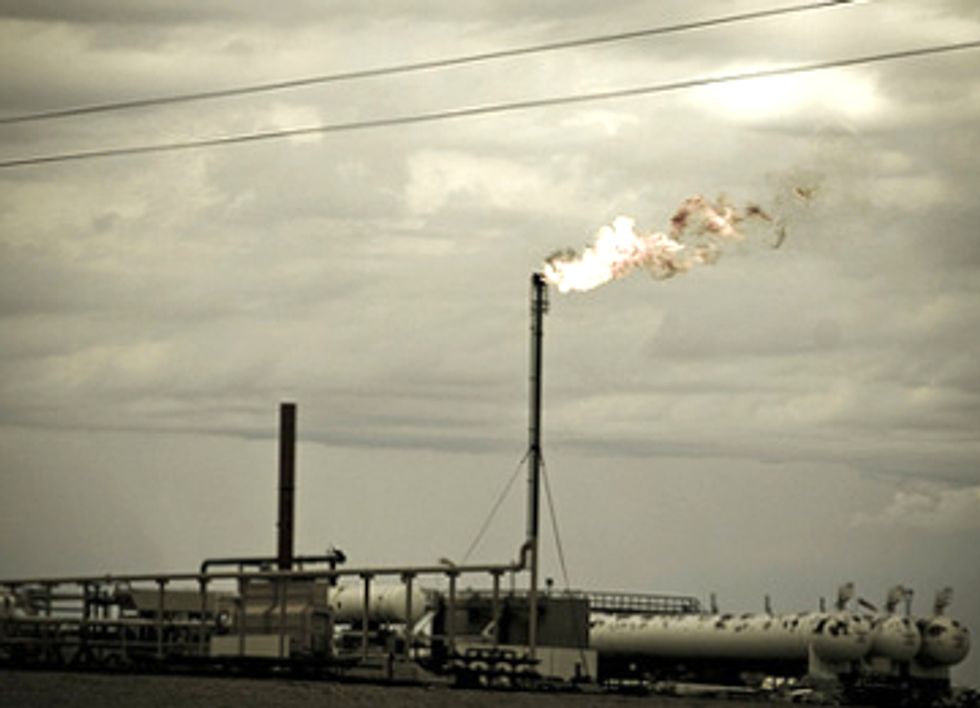 A new report released today by Earthworks provides an important window into a disturbing national pattern regarding the oversight of fracking-enabled oil and gas development: regulators, charged with protecting the public, are actively avoiding evidence that fracking is harming the public. The report focuses on Karnes County, TX, in an attempt to illuminate a growing national pattern of absentee regulators.

“People are afraid to drink their own water, afraid of what the next nose bleed means, afraid their homes are no longer safe to live in. They are even afraid to speak out,” said Sharon Wilson, report co-author and Texas resident.

“We need regulators, whether they’re in Texas, Pennsylvania or the White House, to put community health before fracking industry profits," she continued. "Right now, they’re not.”

“This isn’t living anymore. It’s just existing, and wondering what you are going to breathe in next,” said Mike Cerny, an impacted Eagle Ford Shale resident, in his interview with the report author. The Cerny's home is surrounded by 37 fracking wells, watch the interview with the family below:

"From the regulators in Texas to the U.S. EPA, government agencies are running away from their own data showing that fracking pollution is harming communities,” said Jennifer Krill, executive director of Earthworks. “We are seeing a pattern from Karnes County, TX, to Dimock, PA, to Pavilion, WY,—where oil and gas is being produced, oil and gas impacts are being ignored. Gov. Perry (R-TX) and President Obama have a responsibility to protect families in harm's way in the Eagle Ford Shale in Texas."