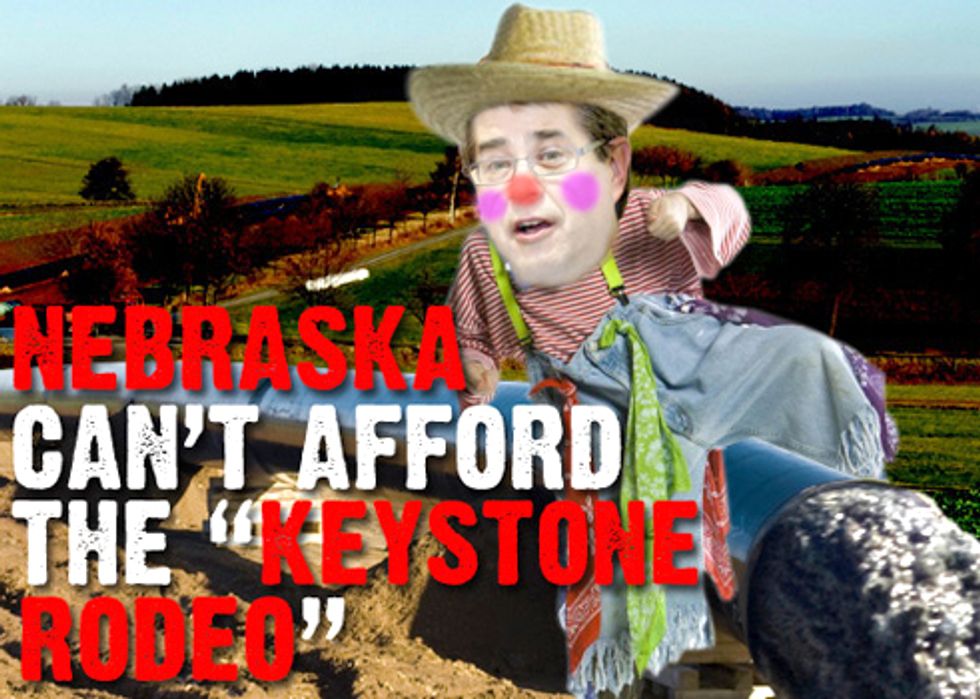 As a lead driver of the national push to keep Congress preoccupied with the Keystone XL tarsands pipeline and a member of the delegation from our state—the continued hotspot of Keystone XL activity—Rep. Lee Terry (R-NE-02) seems more than a little obsessed with doing the bidding of TransCanada and trying to push through Keystone XL no matter the cost.

This week, noting his tarsands obsession, Rep. Terry said, “I've been through the Keystone rodeo before" and “It may not be the last rodeo” in regards to his plans to continue to push through the riders that would force immediate approval of the TransCanada pipeline.

We’ve managed to uncover visual evidence of Rep. Terry’s experience with the “Keystone rodeo.” See the image to the right, which BOLD Nebraska will be publicizing with ads and a concerted online push.

According to Jane Kleeb, executive director of Bold Nebraska, “Representative Terry may be a fan of the “Keystone rodeo,” but we know that only a clown could think that Nebraska can afford the risky tarsands pipeline that, if approved, could cross some our state’s most sensitive lands and our main water source, the Ogallala Aquifer.”

This route isn’t safe, it isn’t responsible and once again landowners' property rights are ignored by Rep. Terry who claims to be a conservative.

Nebraska can’t afford the “Keystone rodeo.” Our land, water and property rights are not something to clown around about.