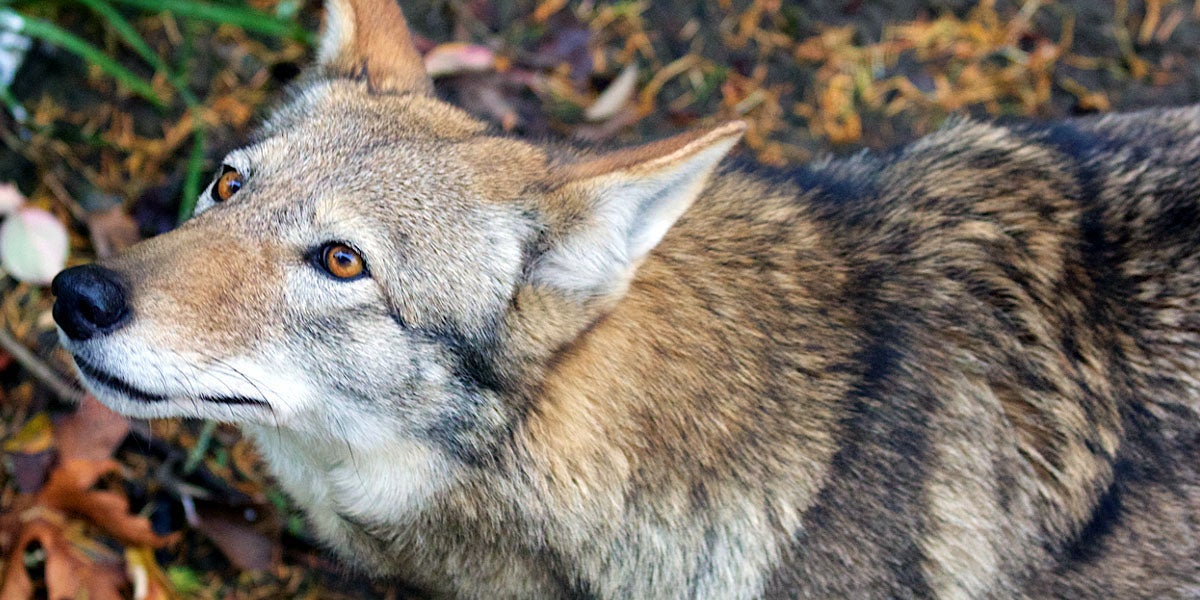 The U.S. District Court for the Eastern District of North Carolina today issued a preliminary injunction that orders the U.S. Fish and Wildlife Service (USFWS) to stop capturing and killing—and authorizing private landowners to capture and kill—members of the rapidly dwindling population of wild red wolves.

On behalf of Defenders of Wildlife, the Animal Welfare Institute and the Red Wolf Coalition, the Southern Environmental Law Center argued in a court hearing on Sept. 14 that a preliminary injunction was needed to stop the agency from harming these native wolves in the wild. Earlier that week, the agency announced its proposal to remove most members of the world’s only wild population of red wolves that roam a five county area in northeastern North Carolina and put them into captivity, abandoning all protective efforts except in one refuge where one pack lives and in a bombing range.

“This is a great day for red wolves and for anyone who loves nature in eastern North Carolina,” said Sierra Weaver, senior attorney for the Southern Environmental Law Center. “The court was clear that it’s the Fish and Wildlife Service’s job to conserve this endangered species, not drive it to extinction. The agency cannot simply abandon that responsibility.”

The groups brought the federal agency to court for its failure to protect the world’s only wild population of red wolves—previously estimated to be more than 100 animals. Court filings detail a population decline of 50 percent over the course of two years, as well as the agency’s ongoing actions and inactions that imperiled the survival and recovery of the species in the wild. Previously, USFWS stopped key conservation actions and began authorizing private landowners to kill red wolves on their land. It also has been capturing wolves throughout the five-county red wolf recovery area in North Carolina, and holding them for weeks or months before releasing them into unfamiliar territory, separated from their mates and pack.

With Only​ 45 Red Wolves Left in the Wild, Confinement Plan Won't Save Species https://t.co/V0azUwluGR @environmentca @wwf_uk

“This wolf is running out of time. We have a short window to put red wolves back on a path to recovery or we will lose the last wild population in America,” said Defenders of Wildlife President and CEO Jamie Rappaport Clark. “The U.S. Fish and Wildlife Service needs to get its red wolf program back on track and start taking actions that will help, not hinder, recovery.”

“We are pleased the court recognized that allowing the U.S. Fish & Wildlife Service to issue lethal and non-lethal permits for the removal of red wolves from the wild, was a pathway to extinction, not recovery,” said Kim Wheeler, executive director, Red Wolf Coalition.

As one example of USFWS’s failure to protect red wolves, the groups cite its 2015 authorization of a private landowner to kill a breeding female that was exhibiting denning behavior, after minimal efforts by the agency to save the animal. The private landowner shot and killed the red wolf in June 2015, even though the wolf had not caused any problems. Under the Endangered Species Act, it is unlawful for anyone to “take” (i.e., harass, harm or kill) a red wolf, except in limited circumstances. Federal regulations authorize USFWS to issue permits to take red wolves on private property after a property owner requests that wolves be removed from their property and the agency abandons efforts to capture them. For 20 years, the USFWS only allowed the taking of “problem wolves,” those that threatened human safety or property, yet it recently expanded its activities to capture—and in some cases allow private landowners to kill—any wolves that enter private land.

The USFWS announced in June 2015 that it would suspend the reintroduction of red wolves into eastern North Carolina. The agency also stopped its adaptive management for the population which has been critical to reducing hybridization with coyotes.

Both lethal and non-lethal takes are destroying the wild red wolf population,” said Tara Zuardo, wildlife attorney with the Animal Welfare Institute. “It is reassuring that the court recognized the importance of fostering the recovery of this endangered species.”

Red wolves bred in captivity were reintroduced on a North Carolina peninsula within their native range in the late 1980s after the species was declared extinct in the wild. Once common throughout the Southeast, intensive predator control programs and loss of habitat decimated wild red wolf populations.