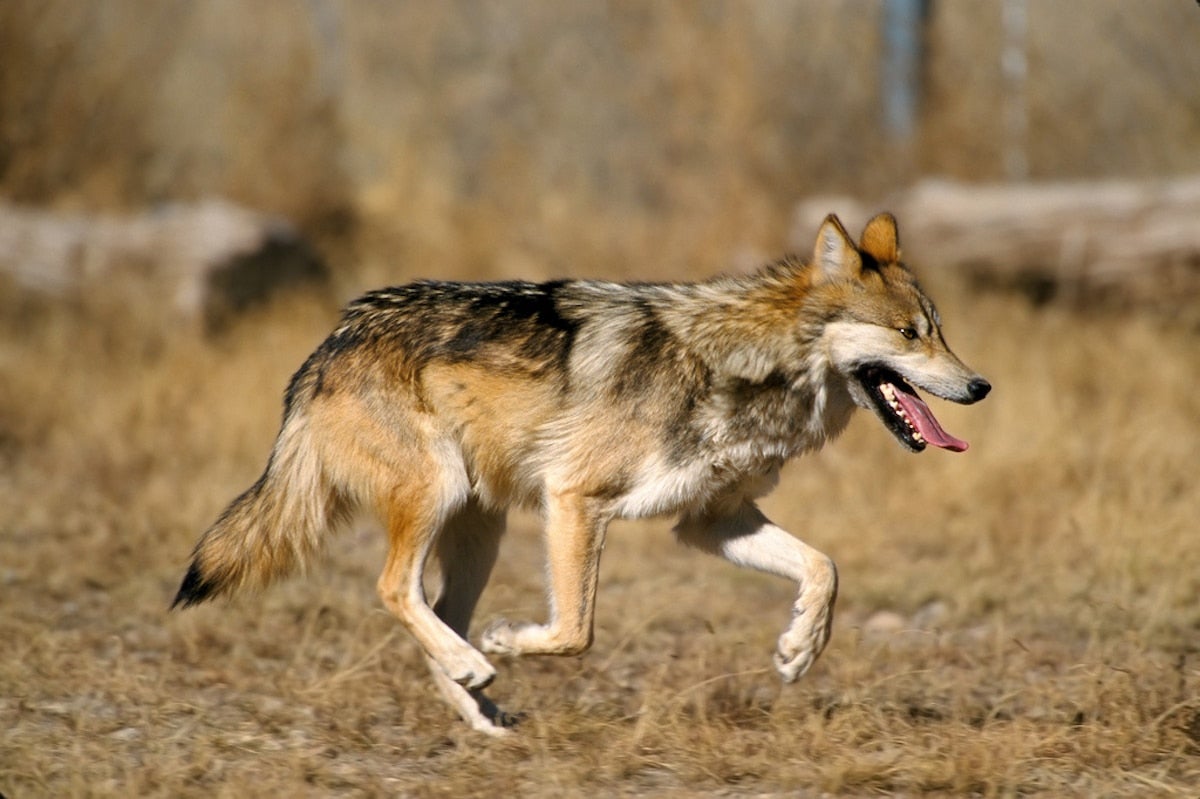 Scientists now have proof that the border wall built by former President Donald Trump is impeding the movements of wildlife.

Data from a tracking collar on a Mexican gray wolf named Mr. Goodbar revealed that he spent four days in November pacing along 23 miles of newly-constructed border wall in New Mexico, likely frustrated in his attempts to find a home and a mate.

Tracking collar data from the U.S. Fish and Wildlife Service tells the story of how Mr. Goodbar left his home and pack in Arizona and traveled southeast for months through the Chihuahuan Desert. On November 22, he passed Las Cruces, New Mexico and headed towards the Mexican border. However, there was something in his way: a 30-foot border wall built with steel beams bisecting what had once been open desert a year before.

The wolf spent from November 23 to 27 walking along the wall in search of an opening before giving up and heading northwest on November 28, according to the Center for Biological Diversity (CBD). He eventually ended up in the Gila National Forest, which is where most Mexican gray wolves call home. The incident marks the first evidence that the border fence is separating two endangered wolf populations.

“[B]eyond one animal’s frustrations, the wall separates wolves in the Southwest from those in Mexico and exacerbates inbreeding in both populations,” CBD senior conservation advocate Michael Robinson said in a press release.

Mexican gray wolves are a smaller subspecies of gray wolves that once lived in Arizona, Texas, New Mexico and Northern Mexico, National Geographic explained. They were nearly wiped out to protect the interests of the livestock industry but were granted Endangered Species Act protections in 1976 and reintroduced through a captive breeding program in the 1990s. As of March 2021, there were 186 wolves in Arizona and New Mexico and another two dozen or so across the border. Conservationists think that interbreeding could boost the health of both populations, but the border wall, which covers most of New Mexico, now makes this impossible.

CBD and other environmental groups want to open up the wall in “priority areas” that are important for wildlife, HuffPost reported.

“President Biden should knock down the wall,” the CBD’s Robinson told HuffPost.. “Allowing Mexican gray wolves to roam freely would do right by the sublime Chihuahuan Desert and its sky-island mountains. We can’t allow [the wall], this stark monument to stupidity, to slowly strangle a vast ecosystem.”