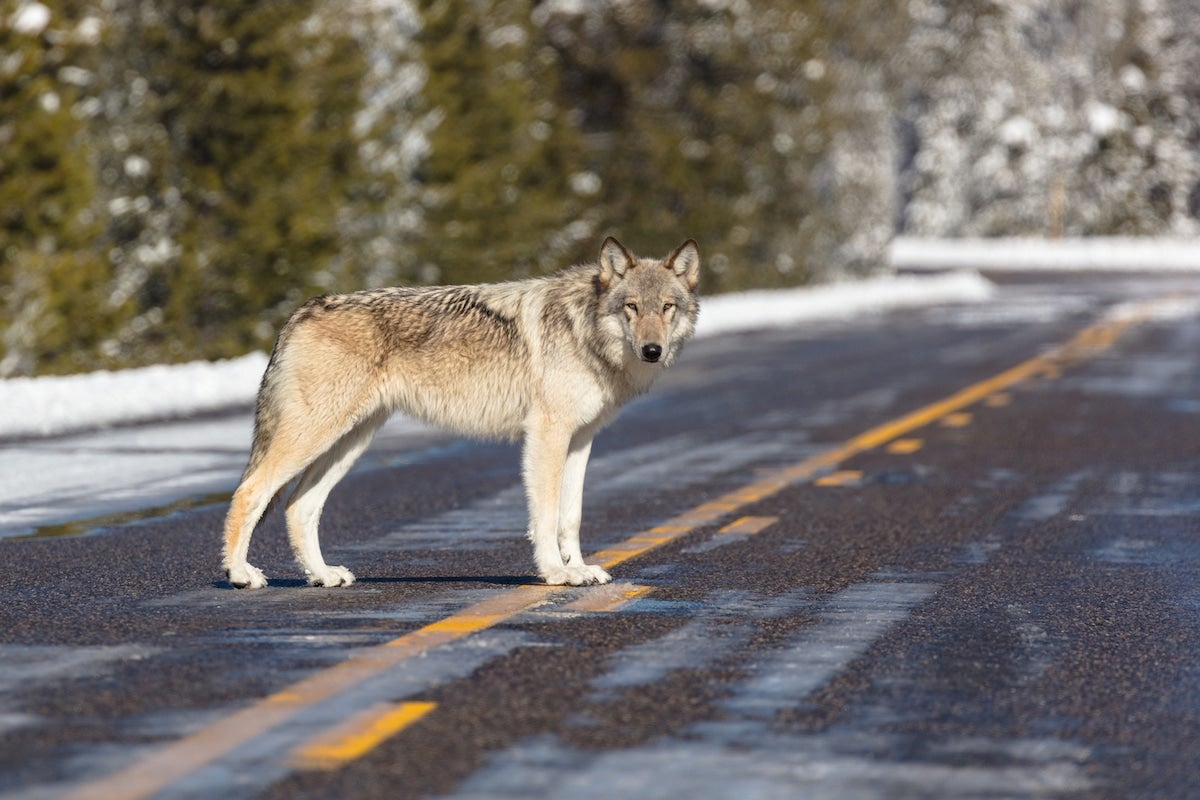 Montana wildlife officials have taken steps to limit hunting on the border of Yellowstone National Park after a record number of park wolves were killed this season.

The Montana Fish and Wildlife Commission voted Friday to pause wolf hunting and trapping for the season in a region of southwest Montana once 82 wolves have been killed in the area. Currently, hunters have claimed the lives of 76.

“The damage you are doing on wolves, this has got to stop,” March Cooke of conservation group Wolves of the Rockies said at a public comment period ahead of the decision, as the Billings Gazette reported.

Wildlife advocates and park workers are alarmed because a record number of Yellowstone Park wolves have been killed this winter, AP News reported.  To date, 23 wolves from park packs have been killed: 18 in Montana, three in Wyoming and two in Idaho. That’s more than during any winter since wolves were reintroduced to the U.S. northern Rocky Mountains more than 25 years ago, and that’s bad for both ecology and tourism, wolf advocates say.

“These are the most viewable wolves in the Lower 48, if not the world,” Cara McGary, owner of In Our Nature Guiding Services, said during the public comment session, as the Billings Gazette reported. “Their economic value cannot be overestimated. Thirty percent of these northern range wolves are now gone, the Phantom Lake Pack has been eliminated. How would you expect any business person to respond to such a loss of essential supply, and what’s the justification for this damage?”

While the commission decided to end hunting for the season in southwest Montana’s Region 3 once the 82 number is reached, it refused calls to lower quotas along the park’s northern border. Lower quotas near the park used to be the norm before they were lifted by Republican lawmakers last year, according to AP News.

The debate comes at a perilous time for gray wolves. The predators lost their Endangered Species Act protections in 2020, though protections in six northern Rockies states were lifted more than a decade ago. Republican lawmakers in both Idaho and Montana have also relaxed laws to allow strategies like night hunting, snares and aerial hunting in Idaho. So far this year, about 181 gray wolves have been killed in all of Montana as of January 26, The Hill reported. The upper limit is set at 450, and if it is reached then the commission will have to review the quota.

The U.S. Fish and Wildlife Service said in September that it was now considering whether to restore protections for wolves in Western states.