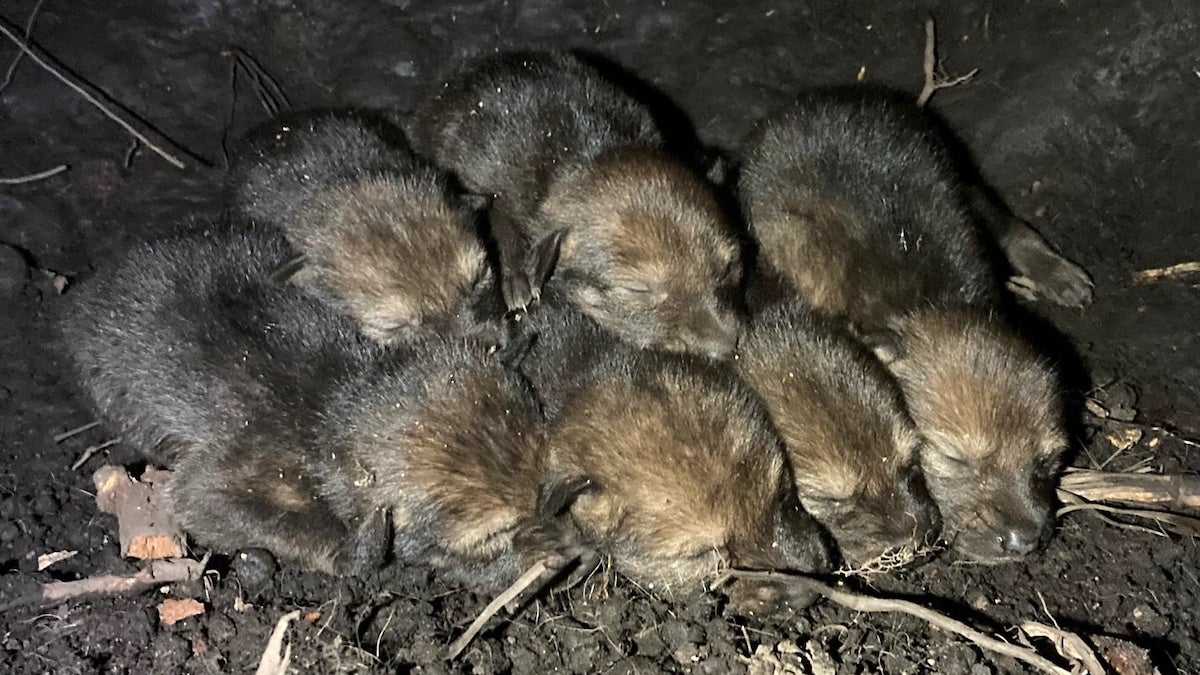 For the first time in four years, a litter of red wolf pups was born in the wild. The six pups were found in the Alligator River National Wildlife Refuge in North Carolina last week. The news brings hope for the species, which is currently listed as endangered.

“As the sights and sounds of spring began to unfold on Alligator River NWR this April, something monumental was also unfolding on the landscape… a new litter of red wolf pups and renewed hope for survival of a species! During the week of April 18, Red Wolf Recovery Program Staff confirmed a litter of 6 wild red wolf pups (4 females, 2 males) born to mother 2225 and father 2323 (to be confirmed through genetic testing),” the U.S. Fish and Wildlife Service’s Red Wolf Recovery Program stated on Facebook.

Red wolves were once abundant in the U.S., but hunting and habitat destruction drove population numbers down. Now, few remain in the wild and their range is a fraction of what it once was.

Prior to the new pups, there were only eight known red wolves left in the wild, and experts estimate there to be about 15 to 17 total. There are 241 red wolves in captivity. The species was first considered as “threatened with extinction” in 1967, and in 1980, the red wolf was even considered “extinct in the wild,” as reported by NPR.

According to U.S. Fish and Wildlife Service, captive breeding programs saved the species. By 2012, there were 120 red wolves in the wild. But continued threats from humans led to a major decline again. Less than 10 years later, only the estimated 15 to 17 wolves remained in the wild as of 2021. The species is today considered endangered under the Endangered Species Act.

The last birth of red wolf pups occurred in 2018, when four pups were born, and no pups were born in the wild in subsequent years — until now.

“This new litter is the first wild-born litter of red wolves since 2018. This red wolf pair was formed through the combination of several management actions and the two red wolves subsequently following their natural instincts in pairing, establishing their territory and mating,” the Red Wolf Recovery Program shared on Facebook. “Every generation yields a new born hope for the red wolf… a cause for joy and celebration!”