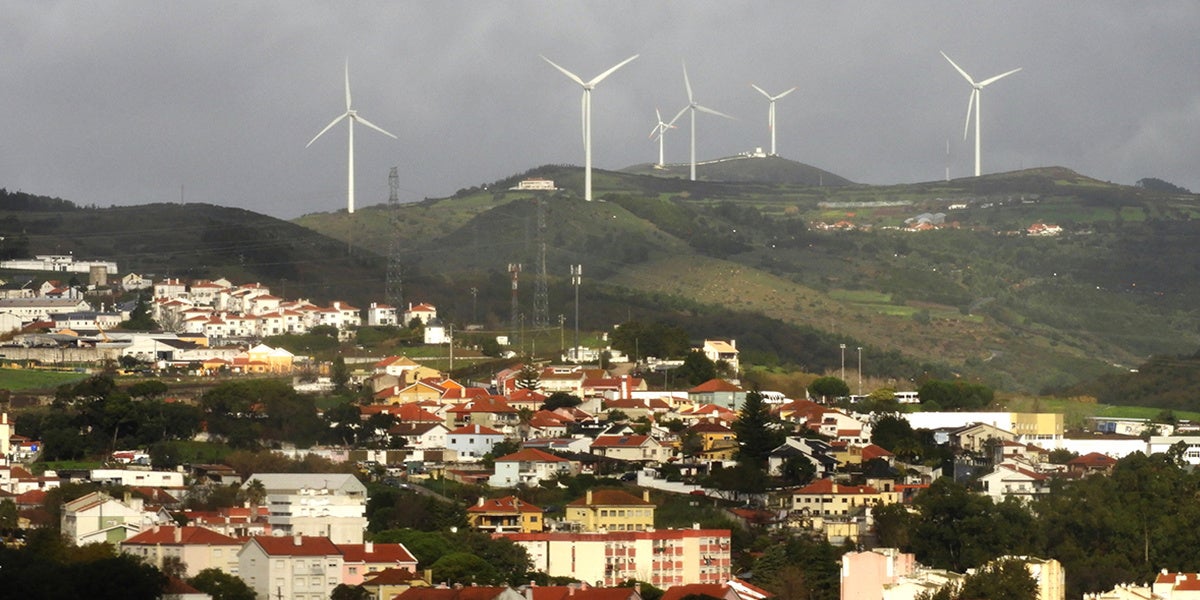 Renewable energy sources made up 103.6 percent of mainland Portugal’s electricity use this March, according to industry information released Tuesday and reported by Reuters.

Portugal has been a leader in renewable energy since before 2016, when it broke records for running on renewable sources for 107 hours straight.

The report, issued by the Portuguese Renewable Energy Association and the Sustainable Earth System Association, suggested March’s feat is a sign of things to come.

“Last month’s achievement is an example of what will happen more frequently in the near future. It is expected that by 2040 the production of renewable electricity will be able to guarantee, in a cost-effective way, the total annual electricity consumption of mainland Portugal,” the report said, according to Reuters.

Portugal did still draw power from fossil fuel plants during the month to fill in between gaps in renewable supply, but those gaps were more than made up for by moments of increased renewable production.

“These data, besides indicating a historical milestone in the Portuguese electricity sector, demonstrate that renewable energy can be relied upon as a secure and viable source with which to completely meet the country’s electricity demands,” the report said.

Portugal was an early adapter and innovator in the renewable energy sector. In 2008, it switched on what was then Europe’s largest onshore wind farm while continuing to construct what was then the world’s largest solar farm, The Guardian reported.

According to data published by AlterNet in 2017, Portugal runs behind other European countries when it comes to renewable energy use. It is ranked No. 12 on the continent for the amount of energy it gets from renewable sources overall: 30.50 percent. Iceland, Europe’s leader, meets 76.42 percent of its energy needs with renewables.

However, March’s news means that Portugal is once again inspiring its neighbors. According to EURACTIV, Green European Member of Parliament Claude Turmes of Luxembourg used the milestone to argue that the EU should increase its 2030 renewable energy goal of 27 percent.

“Impressive news from Portugal: #renewables produced more than 100% of the country’s electricity consumption throughout the month of March! That shows how ridiculous a 27% target for 2030 is. Who will be the next country to follow that path?” he tweeted.

Impressive news from Portugal: #renewables produced more than 100% of the country's electricity consumption throughout the month of March! That shows how ridiculous a 27% target for 2030 is. Who will be the next country to follow that path? #CleanEnergyEU https://t.co/feUNyBqcPK