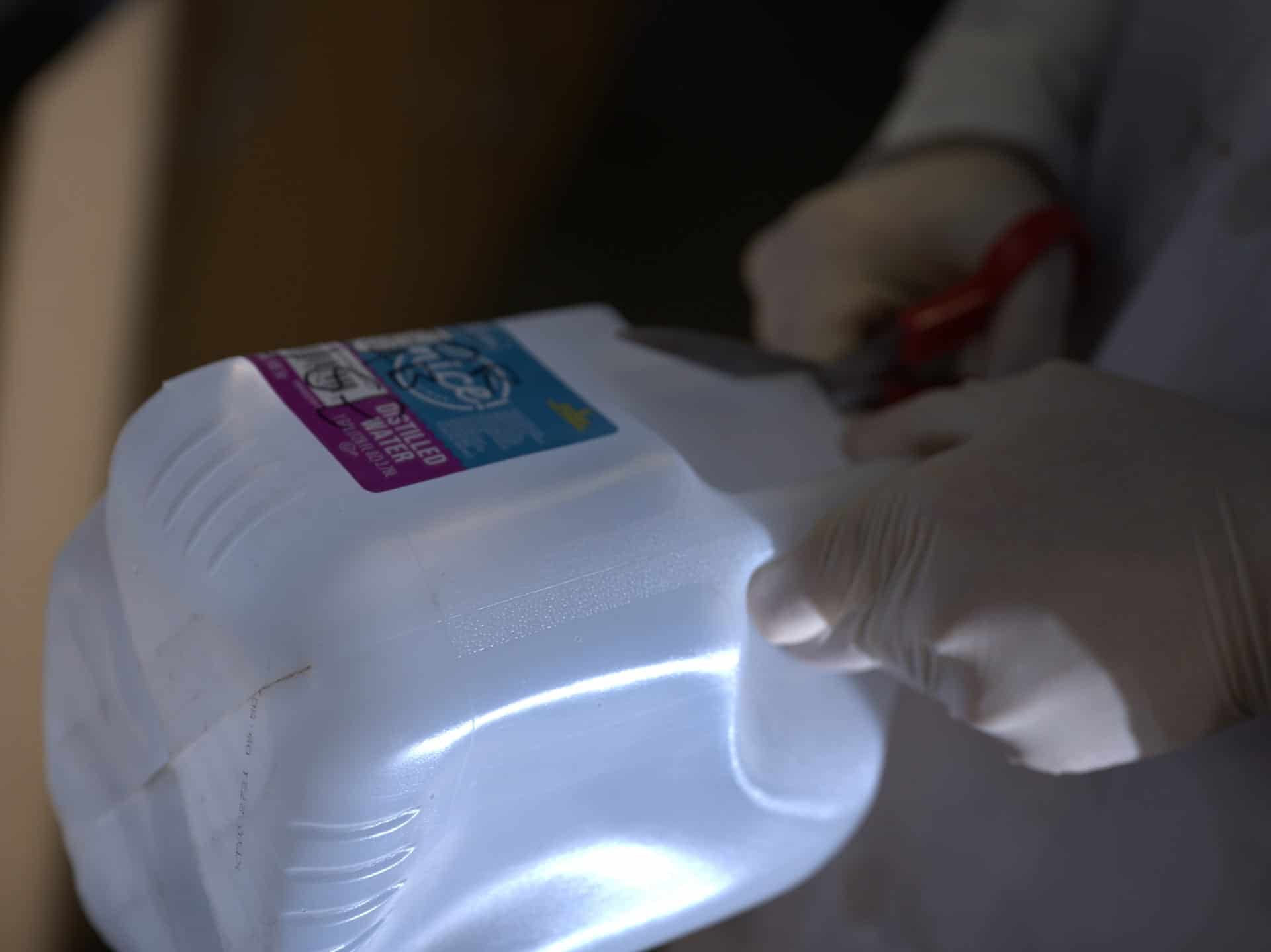 Scientists have found a way to fight the climate crisis with plastic waste.

A University of Rice research team discovered that heating plastic waste in the presence of a certain chemical created particles that had the ability to absorb carbon dioxide.

“Point sources of CO2 emissions like power plant exhaust stacks can be fitted with this waste-plastic-derived material to remove enormous amounts of CO2 that would normally fill the atmosphere,” co-lead author James Tour said in the press release. “It is a great way to have one problem, plastic waste, address another problem, CO2 emissions.”

The research was published Tuesday in ACS Nano. It essentially upgrades a type of chemical recycling based on pyrolysis. Pyrolysis is the process of decomposing a given material by heating it in an inert atmosphere, New Atlas explained. Typically, when plastic is pyrolyzed, it leaves behind oils, gasses and waxes, as well as a useless carbon byproduct, the press release said. However, the researchers found that when they heated the plastic in the presence of potassium acetate, it was transformed into particles that could hold 18 percent of their weight in carbon dioxide at room temperature. The new particles had pores of 0.7–1.4 nanometers, the study authors said.

Further, the method works on plastics that are currently resistant to chemical recycling, especially polypropylene and high- and low-density polyethylene. These two plastics make up the majority of municipal waste, and they make excellent carbon absorbers when heated alongside potassium acetate.

The new carbon-absorbing material can also itself be reused, New Atlas pointed out. When heated at around 75 degrees Celsius, the new material releases carbon dioxide that could be made into fuels or construction products. Because around 90 percent of the pores then reopen, the material could be reused as a carbon sponge.

“Hence, this PW [plastic waste]-derived carbon material should find utility in the capture of CO2 from point sources of high CO2 emissions while providing a use for otherwise deleterious PW,” the study authors concluded.