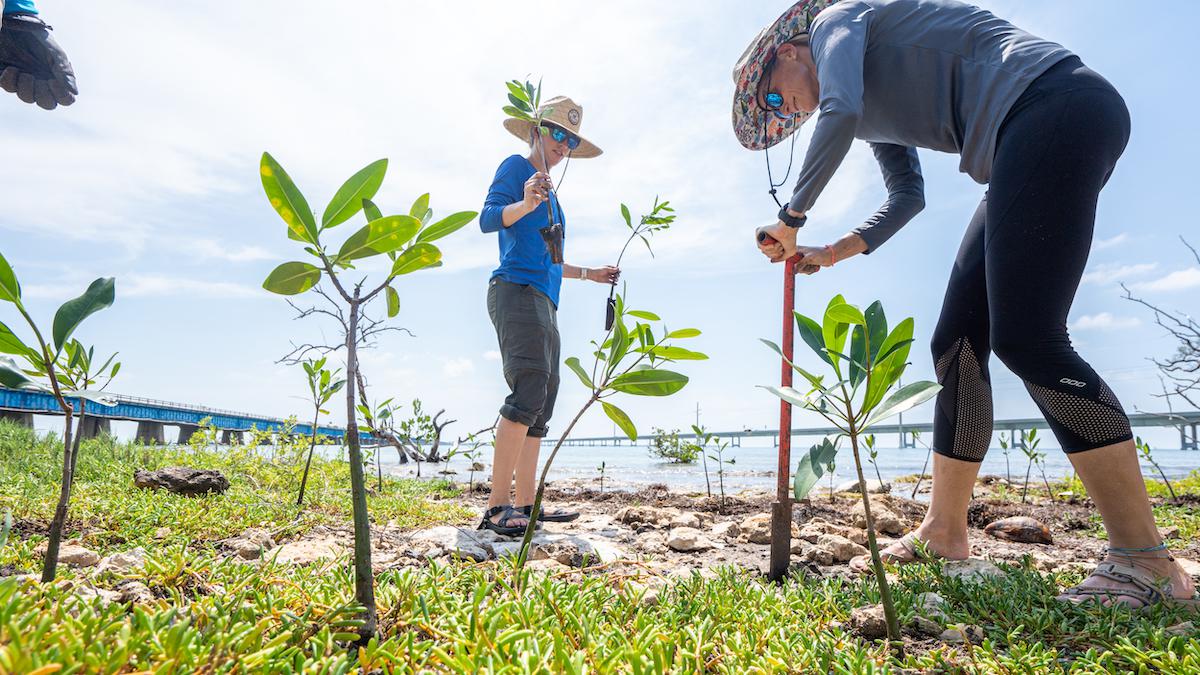 Mangroves are magic. Planting more of them could help restore the health of the planet’s lands, seas and climate.

Why? It turns out, these incredible trees are doing us a lot of favors to keep many of our habitats (including human ones) healthier and safe.

“Mangroves are often under-appreciated, with most people not realizing their true value to the overall health of our communities and our entire planet,” said Tod Hardin, COO of Plastic Oceans International. In partnership with Plastic Oceans International, EcoWatch wants to highlight how mangroves protect our planet and how we can help them through restoration and replanting efforts.

Mangroves are shrubs or small trees that grow along coastlines and in brackish water, or water that is part salt and part fresh. In fact, these trees have adapted to grow in low-oxygen soil, where saltwater intrudes several times a day and where slow-moving water introduces fine sediment and particulates, NOAA reported.

Because they live where land and sea connect, one of their most important ecosystem functions is to protect the former and serve as a frontline defense for people and property along the coasts. There are many species of mangrove, and the most famous are characterized by their tall, skinny, stilt-like roots, called prop roots. These roots grow in a “tangle” that actually helps the trees withstand the daily rise and fall of tides. These structures also “cause sediments to settle out of the water,” falling at or near the roots, NOAA reported. The roots “build up the muddy bottom” near the base of the trees, which actually stabilizes the coastline by reducing erosion from storm surges, currents, waves and tides, the government body noted.

In fact, protecting mangroves can prevent an estimated $50 billion in annual damages to the U.S. economy from hurricanes, tropical storms, winds, and flooding. The same report estimated that worldwide, mangroves reduce risk to more than 15 million people and prevent more than $65 billion in property damages each year. 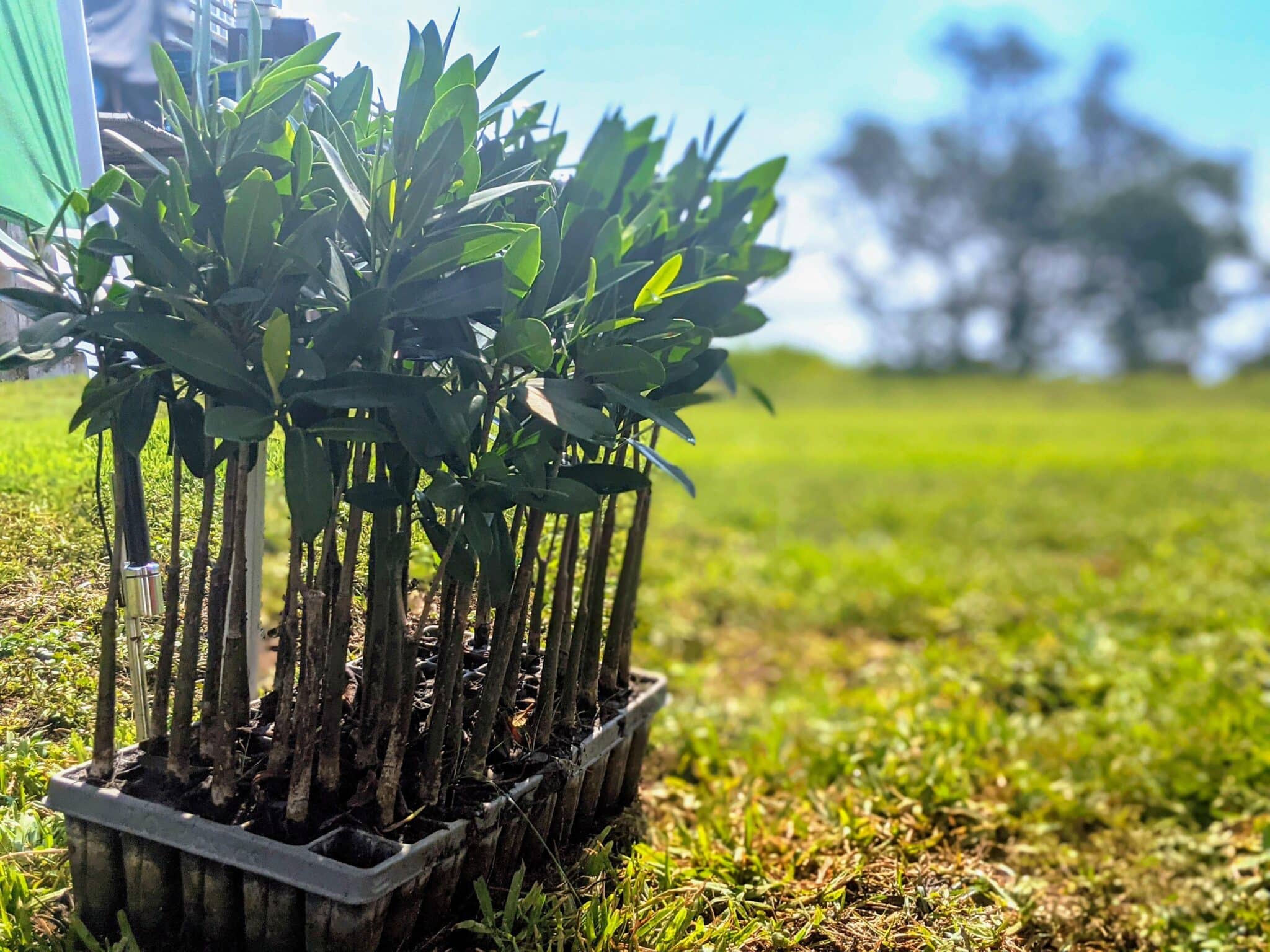 Thirdly, mangroves bolster animal and fish populations. The intricate root systems provide critical nursery habitats for many marine creatures, allowing them to forage and grow while remaining protected from predators. The leaves, or the nutrient-rich layer of decay they form amongst the roots, serve as the “foundation of the coastal food web,” Smithsonian Ocean reported. Everything from baby sharks to lobsters and shrimp live in or near the roots before migrating to the reef, the oceanographic institution said. On land endangered birds, bats, fireflies and even royal Bengal tigers rely on mangroves for food and survival.

Finally, and critically, mangroves serve as a major “blue carbon sink”, meaning they are excellent at absorbing and storing carbon from the atmosphere, Smithsonian Ocean reported. Like all trees, they sequester carbon as they grow and turn it into their leaves, roots and branches. However, because mangroves live at the coastline, when they die, the carbon stored in their pieces falls to the seafloor and becomes buried in the soil. Trapped here, it doesn’t reenter the atmosphere if it remains undisturbed.

Hardin estimated this CO2 depository to hold up to four times what rainforests can, making their survival critical to the planet’s survival against the climate crisis.

So, what’s happening to the world’s mangroves?

According to the American Museum of Natural History (AMNH), less than 50 percent of the world’s mangrove forests remained intact at the end of the 20th century, and half of those were in poor condition. The museum called mangrove forests “among the most threatened habitats in the world,” and called losses “rampant” across the globe.

AMNH identified the main threats to mangroves as shrimp farming, tourism, agriculture, coastal development and the charcoal and lumber industries. Shrimp farming in Southeast Asia, in particular, has motivated the clear-cutting of thousands of acres of wetland to be replaced with artificial ponds teeming with disease, chemicals and way too many shrimp. This cash crop devastates the coastal habitat and leaves it unable to support natural community fishing and farming within just two to five years. Because the shrimp and profits are exported to westernized countries, many of these communities are then unable to survive and are forced to abandon their homes, AMNH noted.

With the world hopefully taking note of how important mangroves are for land, sea and climate, the focus is turning towards education and restoration efforts.

Tourism can flourish if and when these habitats remain healthy. Responsible tourism is necessary, AMNH and Hardin noted. Individually, we must be sure to prevent pollution, lawn runoff and plastics from entering our waterways and coastal habitats. This is step one, according to Hardin. 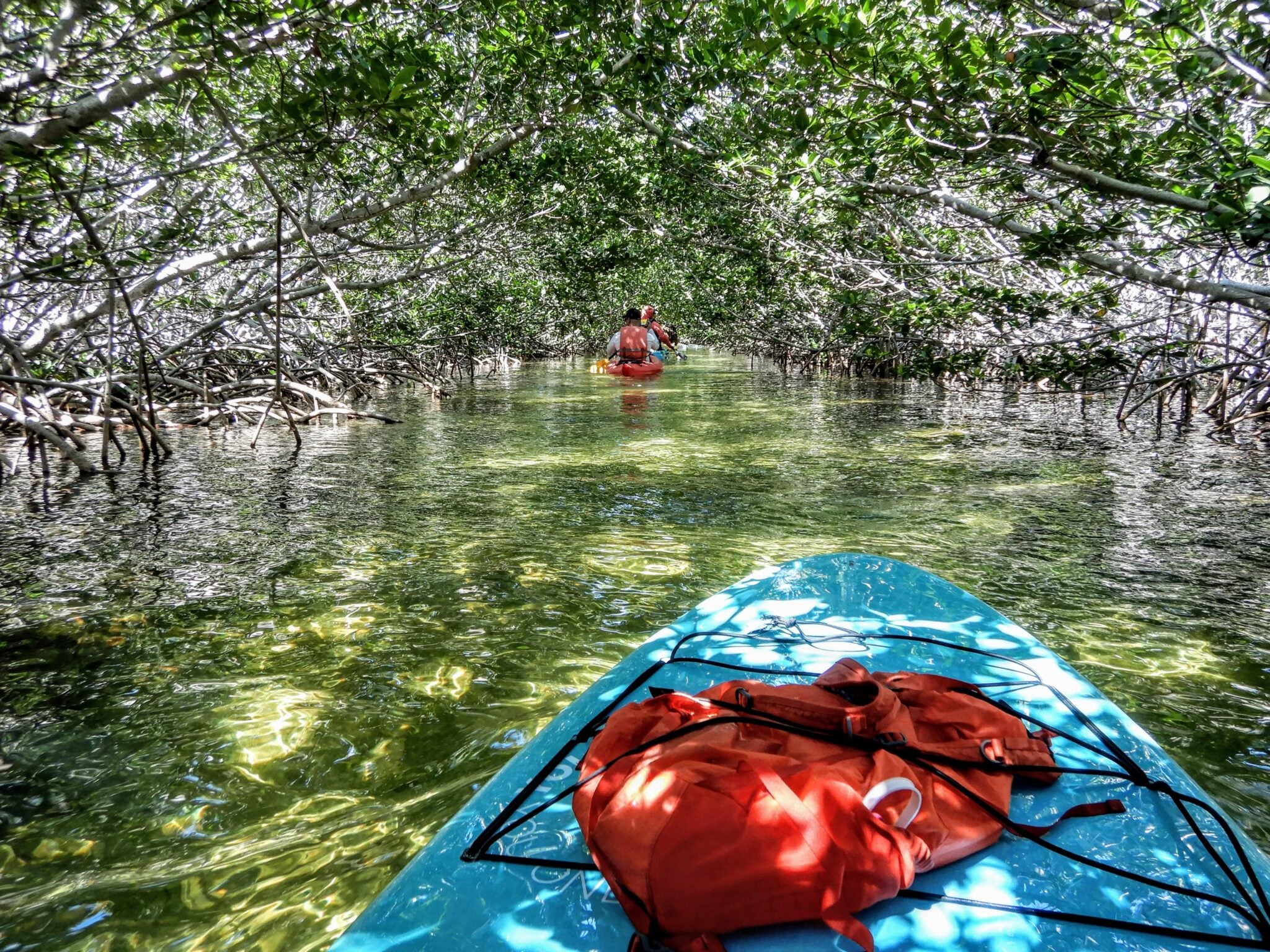 He said, “Without question, we must continue efforts to conserve and restore mangrove ecosystems worldwide, including the most basic process of simply keeping them clear of plastic pollution and other waste products.”

Planting new mangroves helps to re-establish the shoreline stabilization and buffering that coastal communities rely on. New growth also supports the rich biodiversity along the water’s edge that then feeds a healthy economy. Regulations can help limit clearcutting for agriculture and aquaculture, and increased funding for critical restoration projects are necessary.

The tree is a symbol of the interconnectedness of land and sea, a primary takeaway of the Trees & Seas Festival. As part of the international event, Plastic Oceans International and its local partners in Ventanilla, Mexico planted over 45,000 mangroves. They also toured the Los Petenes Biosphere Reserve to learn first hand of the vast importance they play in the communities of the Campeche state of Mexico.

Before the start, Hardin told EcoWatch, “Very few flora can claim to be as important to the overall health of our planet as mangroves are ー thus making them the perfect model for demonstrating the interrelationship between trees and seas… between land and water of any kind.” 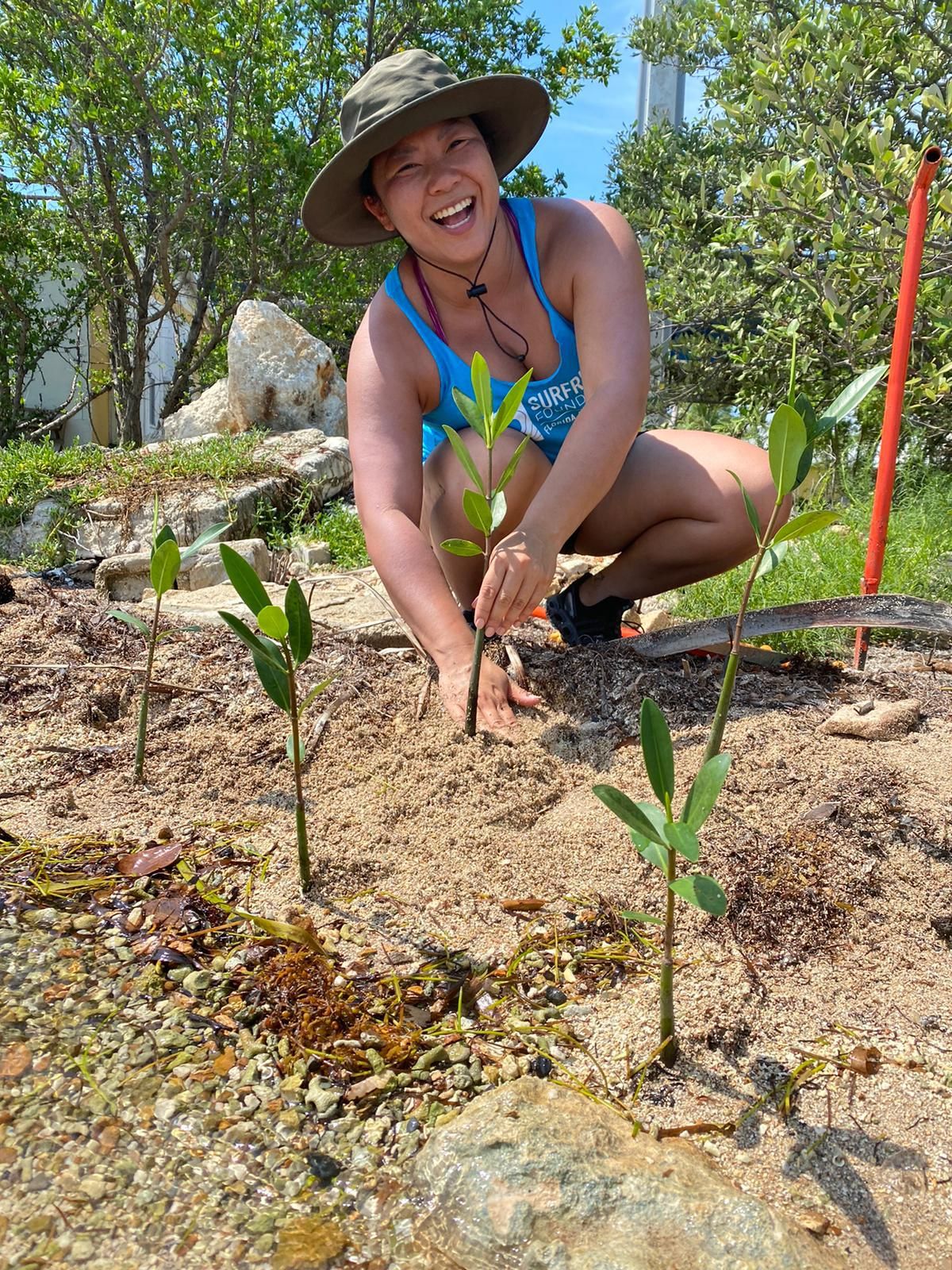