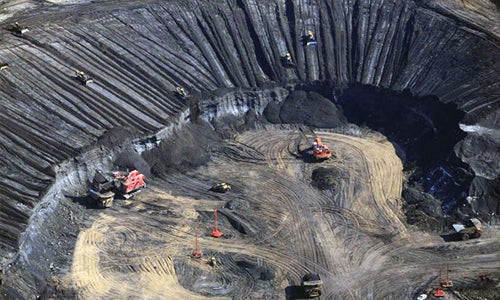 On the Friday before Labor Day—in the form of an age-old “Friday News Dump“—the Federal Energy Regulatory Commission (FERC) handed a permit to Enbridge, the tar sands-carrying corporate pipeline giant, to open a tar sands-by-rail facility in Flanagan, Illinois by early 2016. 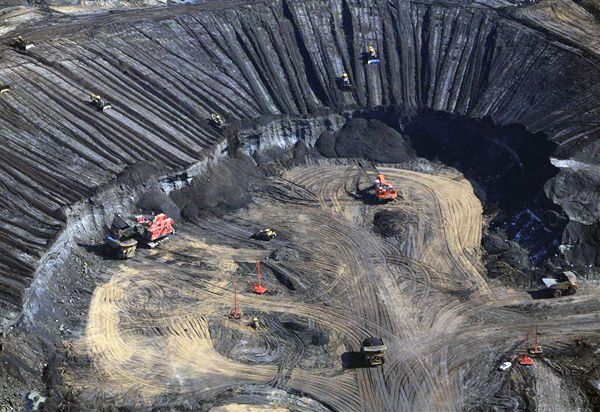 With the capacity to accept 140,000 barrels of tar sands product per day, the company’s rail facility serves as another step in the direction towards Enbridge’s quiet creation of a “Keystone XL clone.” That is, like TransCanada’s Keystone pipeline system sets out to do, sending Alberta’s tar sands all the way down to the Gulf of Mexico’s refinery row—and perhaps to the global export market.

Flanagan sits as the starting point of Enbridge’s Flanagan South pipeline, which will take tar sands diluted bitumen (“dilbit”) from Flanagan to Cushing, Okla. beginning in October, according to a recent company earnings call. From there, Enbridge’s Seaway Twin pipeline will bring dilbit to Port Arthur, Texas near the Gulf.

Enbridge made the prospect of a tar sands-by-rail terminal public for the first time during its quarter two investor call.

“In terms of the rail facility, one of the things we’re looking at is—and the rail facility is really in relation to the situation in western Canada where there is growing crude oil volumes and not enough pipeline capacity to get it out of Alberta for a two or three year period,” Guy Jarvis, president of liquids pipelines for Enbridge, said on the call.

“So, one of the things we’re looking at doing is constructing a rail unloading facility that would allow western Canadian crudes to go by rail to Flanagan, be offloaded, and then flow down the Flanagan South pipeline further into Seaway and to the Gulf.”

FERC has given Enbridge the permit it needs to make that happen.

The announcement comes just days after the U.S. Department of State handed Enbridge a controversial permit to move an additional 350,000 barrels of tar sands per day across the U.S.-Canada border without the legally conventional Presidential Permit, public hearings or an environmental review conducted by the State Department.