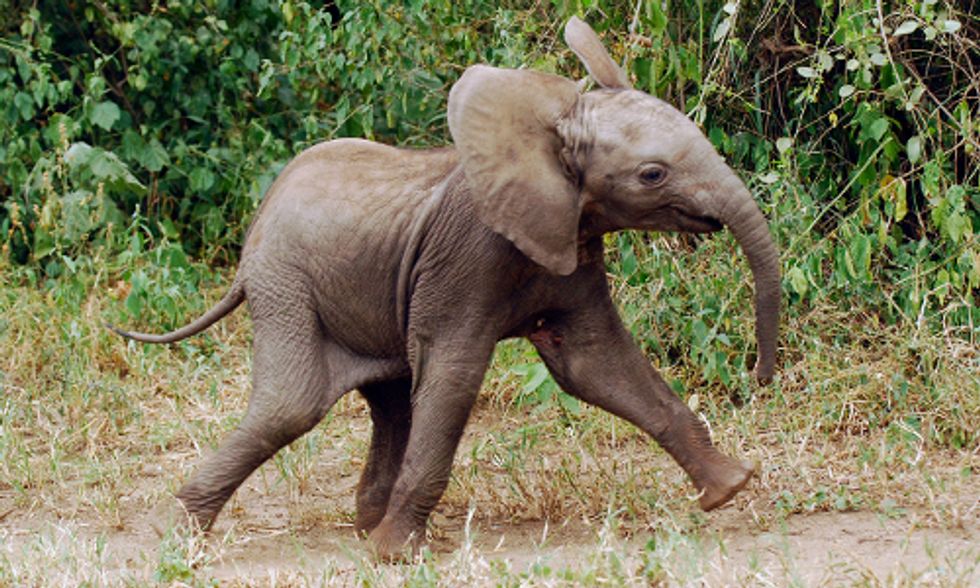 Are you worried about what climate change is doing to the Earth's innocent animals?

Elephants face off against mountain goats in the second round of the "Horns & Hooves" category. Photo credit: Brandon Daniel/Creative Commons

Then you'll want to participate in ClimateProgress' March Sadness: A Bracket Battle of Cute Animals, now underway. Thirty-two animals threatened by climate change and environmental degradation were selected to compete. The bracket divided the animals into four categories: Paws and Claws, Fins and Flippers, Horns and Hooves, and Shells and Wings. One animal out of the 32 that began round one almost two weeks ago will emerge as champion after the final round of voting April 6. Voting takes place via Twitter using the hashtag #CPMarchSadness and via comments on the ClimateProgress Facebook page.

"The creatures within this bracket were lovingly chosen by ClimateProgress’ staff, based both on their cuteness and the severity of the environmental threat they face," says ClimateProgress. "They were ranked semi-arbitrarily, but with our perceived likelihood of how popular each animal would be in mind."

One of the primary goals of March Sadness is education. As part of each round, readers learn more about each animal and how it's being endangered by climate change impacts such as drought, sea level rise and rising temperatures. The "winner" will get a deep-dive story put together by a ClimateProgress research team, detailing the extent of the climate threats to that particular animal.

"The basis for how you vote is up to you—you can choose the animal you like the most, the one you think is the cutest, or if you’re really into the end-game of the competition, the one you’d most like to read a deep-dive feature story about," says Climate Progress.

Some of the voting has been predictable, but not all of it. Among the animals who started off the round of 32 were favorites like the polar bear, which has already advanced to the round of eight, and sea otter, which beat out the less adorable walrus despite the walrus pileup last fall on Alaska beaches due to melting sea ice. And the beautiful butterfly trounced the gooey gray oyster. But panda and koala are already out of the running. Instead, the wolverine has advanced to the round of eight in the Paws and Claws category. Last summer, the U.S. Fish and Wildlife Service declined to protect wolverines as an official threatened species although fewer than 300 exist in the contiguous 48 states.

Currently, the round of 16 is wrapping up, with voting going in the Horns and Hooves and Shells and Wings category. Elephant is facing mountain goat, and narwhal is taking on moose in the former category, while the latter features the contests of sea turtle vs red knot and butterfly vs peregrine falcon.

"ClimateProgress recognizes that there are many, many more than 32 types of animals facing real and terrible threats from climate change and other environmental problems—not to mention the billions of people who will be affected," say the contest organizers. "Due to human activity, the Earth has lost half its vertebrate species since 1970. Believe us, if we had unlimited time and resources, we’d do them all!"

Half the World's Animal Population Vanished Since 1970