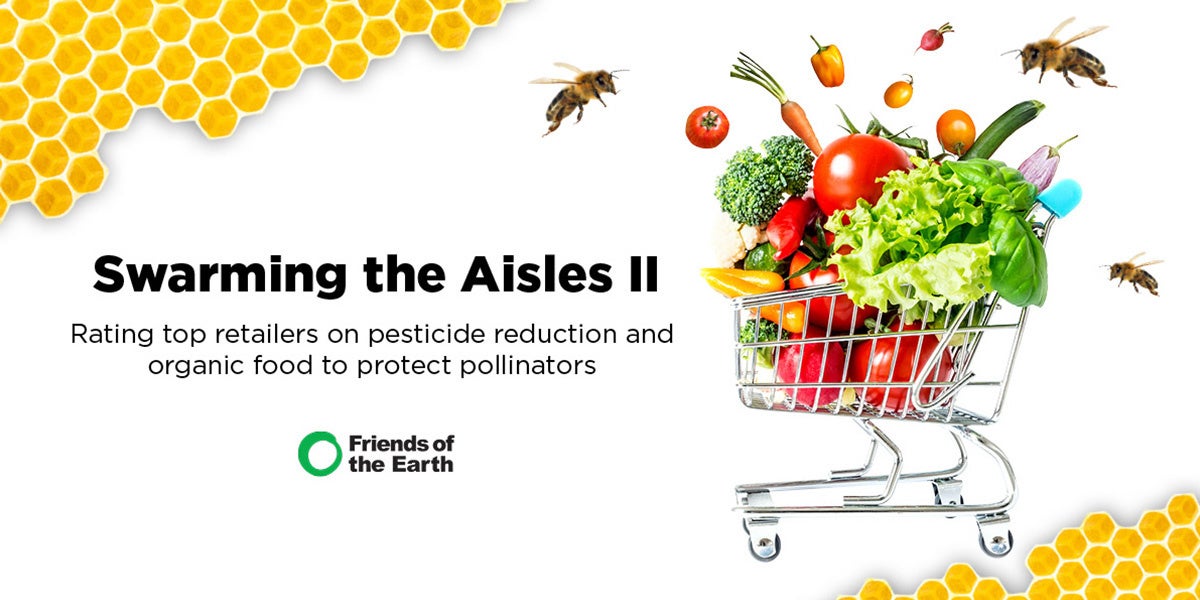 A new scorecard released Tuesday finds that 20 out of 25 top food retailers fail to protect bees and people from toxic pesticides. The report, Swarming the Aisles II, shows that while supermarkets have made some general commitments to sustainability and social responsibility, most have failed to take steps to reduce pesticide use in their supply chains.

The study also found that Whole Foods’ commitment to reduce pesticide use, stock organics and implement a transparent policy leads all other food retailers; its parent company Amazon received an “F” in the same three categories. 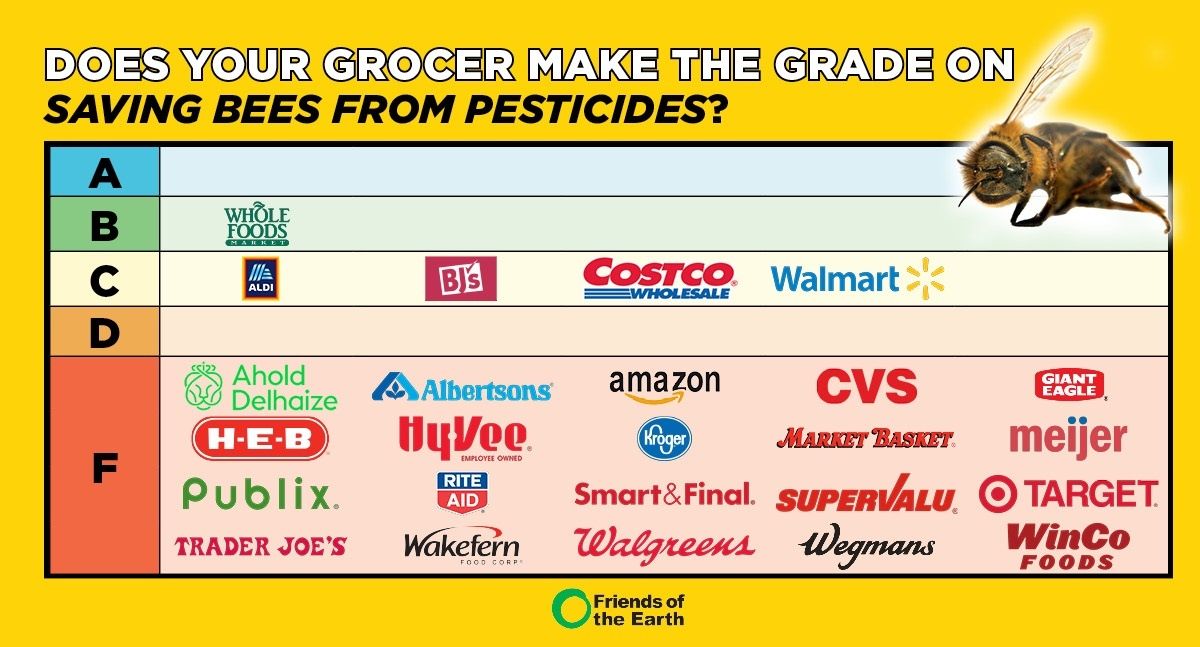 “Food retailers are failing to protect pollinators from pesticides, a leading driver of their decline,” said Dr. Kendra Klein, senior staff scientist at Friends of the Earth. “One solution to the pollinator crisis is organic agriculture. Retailers must support more American famers’ transition to organic, which is a triple win for our pollinators, farmers and all of us.”

Organic food sales increased by 8.4 percent from 2016 to 2017, blowing past the stagnant 0.6 percent growth rate in the overall food market. But U.S. farmers are increasingly losing market share to imports. The U.S. accounts for 44 percent of the global organic sales, but just four percent of global farmland under organic production. Without a commitment to expand American grown organic and to reduce pesticide use in non-organic agriculture, our food system will continue to be soaked in toxic pesticides.

Many of the companies profiled in Friends of the Earth’s report are competing to meet consumer demand for organic food, but only six have clearly stated their intent to expand organic offerings in the future: Albertsons, BJ’s Wholesale Club, Costco, Target, Walgreens and Whole Foods.

Since the release of the first Swarming the Aisles report in October 2016, Friends of the Earth saw an increase in transparency and two new commitments to expand organic offerings from Walgreens and Trader Joe’s.

The release of this scorecard comes amid mounting consumer pressure on food retailers to adopt more environmentally-friendly sourcing policies. Friends of the Earth, with the support of 50 farmers, beekeepers and environmental organizations, is calling on food retailers to eliminate pollinator-toxic pesticides in their supply chains and increase USDA certified organic food and beverages to 15 percent of overall offerings by 2025, prioritizing domestic producers.