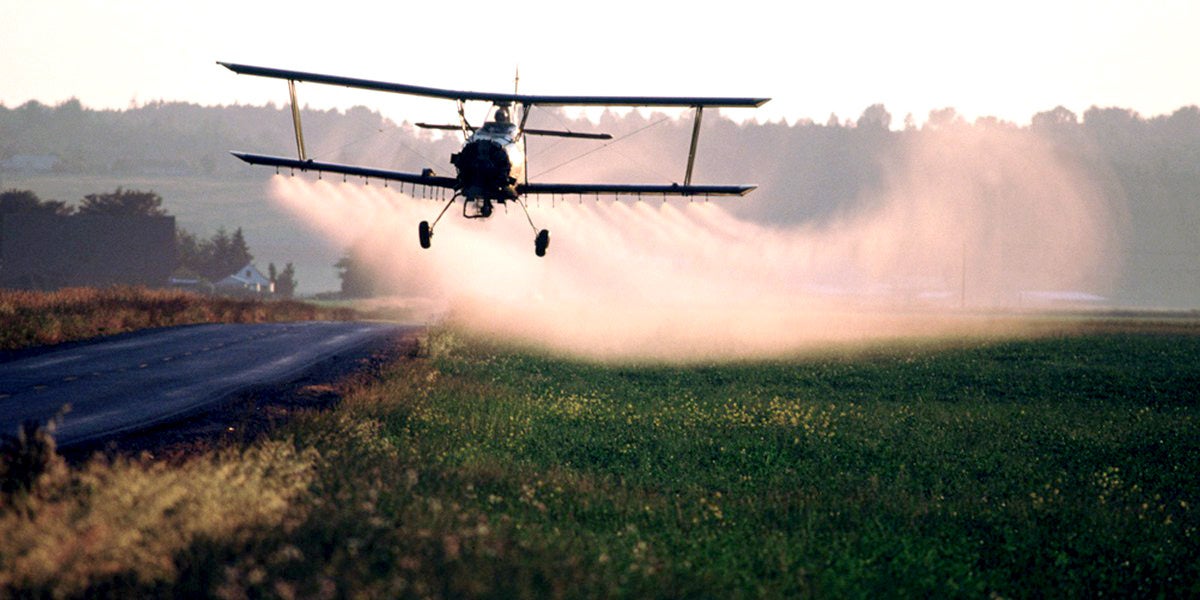 In late March, U.S. Environmental Protection Agency (EPA) Administrator Scott Pruitt decided that his agency would not place an outright ban on a pesticide manufactured by Dow Chemical called chlorpyrifos.

The decision came after a federal court ordered the EPA to make a final decision on whether or not to ban the pesticide, which the Obama administration had proposed banning in 2015. The chemical has been on the market in the U.S. since 1965 under the brand name Lorsban and indoor use of the chemical has been banned for more than a decade.

In its decision to allow the pesticide to continue being used in the U.S., the EPA went against its own agency’s findings that the pesticide presented unnecessary risks to American citizens. And while Pruitt’s EPA officials did not deny those findings, they did claim additional studies on the chemical were still needed before they could ban it, thus allowing the product’s continued use.

In the three and a half months since the EPA’s chlorpyrifos decision, the story has become far more complex than the usual “regulators siding with industry” trope that has played out far too often.

One of the most interesting developments was from a report in early July indicating Pruitt met with the CEO of Dow Chemical, Andrew Liveris, a few weeks prior to his decision not to ban chlorpyrifos. While the EPA claims that the meeting was simply a brief introduction when the two men met in a hallway during a conference in Houston on March, the timing of the “chance” meeting has sparked talk that it could have potentially influenced Pruitt’s decision on the chemical, which came just a few weeks later.

Originally, Pruitt and Liveris had scheduled an official meeting together while at the conference, but an EPA spokesperson told the Associated Press that the meeting had been canceled due to scheduling conflicts and that the two men did not discuss chlorpyrifos in their brief hallway interaction.

Immediately following Pruitt’s chlorpyrifos decision, several groups, led by the Natural Resources Defense Council (NRDC), filed a suit against the EPA to reverse the decision. The suit claims that the agency did not reach a proper scientific conclusion on the pesticide because the EPA gave it the greenlight before all relevant studies could be concluded and reported.

Last week, five states and the District of Columbia joined the NRDC’s suit against the EPA, claiming that the agency did not fulfill due diligence prior to making the decision on chlorpyrifos.

“Several groups sued over the decision in June, asking a federal court to force the EPA to take action on the pesticide. The states, led by New York, joined that suit Thursday and also filed a legal complaint of their own directly with the EPA.

‘Job Number One for the EPA should be protecting Americans’ well-being, especially that of our children,’ said New York Attorney General Eric Schneiderman (D), who is leading the states’ action.

‘Yet the administration is jeopardizing our kids’ health, allowing the use of a toxic pesticide for which it can’t even identify a safe level.’

The other states joining the motion are Maryland, Massachusetts, Vermont, Washington and the District of Columbia. Together, they allege the EPA did not make a safety finding before continuing to allow the use of chlorpyrifos.”

Chlorpyrifos is a neurotoxin used to kill insects, but exposure in human beings has been linked to devastating side effects, as Earthjustice pointed out:

Acute poisoning suppresses the enzyme that regulates nerve impulses in the body and can cause convulsions, respiratory paralysis, and, in extreme cases, death. Chlorpyrifos is one of the pesticides most often linked to pesticide poisonings.”

Earthjustice also noted that the EPA itself has admitted that there are no safe levels of exposure to chlorpyrifos for human beings.

The lawsuits from the states and independent organizations likely represent the best chance for reversing the EPA’s decision via the court system. The only disappointing fact is that they are necessary. The EPA’s suspicious reversal on a chemical like chlorpyrifos is creating a leadership void in protecting public health and the environment. Instead, its actions show a government too willing to put the interests of corporations over the health of the public.

Reposed with permission from our media associate DeSmogBlog.