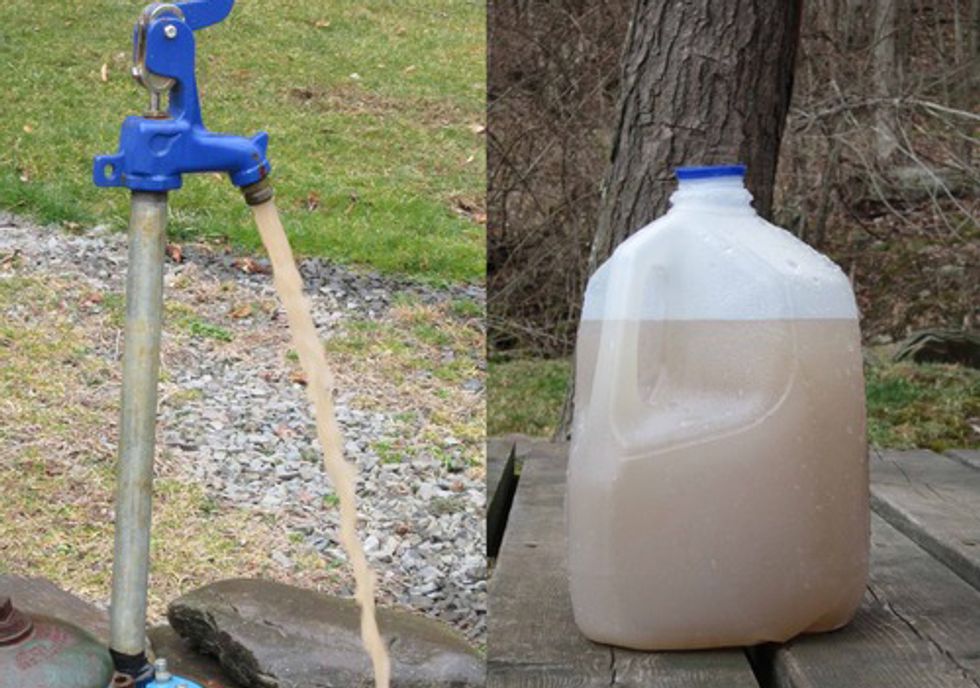 Last week, a news report by the Timesonline revealed that the Pennsylvania Department of Environment (DEP) has been avoiding using its most stringent water testing method for determining if local drinking water has been polluted by fracking. The report serves as yet one more chapter in the continuing saga regarding DEP’s water testing practices that turn a blind eye to fracking contaminants.

The whole issue revolves around how the Pennsylvania DEP tests and reports results for water supplies reportedly contaminated by fracking. Over the years, DEP has developed a number of specific tests—each with its own numbered code—designed to measure contaminants of concern related to fracking. If the Pennsylvania DEP field agents send a water sample to the lab labeled with the code “942,” for example, that tells the lab to measure for 24 types of water contaminants1—including heavy metals.

Late last year, however, it came to light that—at least in some cases—lab reports to field agents and homeowners contained results for only 8 of the 24 tested-for contaminants. In other words, in making its determination whether local well water was or was not contaminated by fracking, the Pennsylvania DEP ignored portions of its own drinking water lab results that could have shown toxic contaminants linked with fracking. As Natural Resources Defense Council’s President, Frances Beinecke, blogged, this would be like “having a doctor say you are healthy because a test for diabetes came back clean, but refusing to tell you the tests for high blood pressure, heart disease and stroke risk didn’t look so good.”

As if that weren’t bad enough, this latest news report reveals that the Pennsylvania DEP has an additional code, “944,” specifically for contamination associated with Marcellus drilling, which it told no one about and has avoided using. The code was developed in 2008 and requires the Pennsylvania DEP labs to look at 45 harmful contaminants—nearly twice as many as any other test.2 Despite the obvious usefulness of such a test, the Pennsylvania DEP hasn’t used it at all in the last two years, nor has it offered any explanation as to why harmful contaminants it worried about previously would no longer be of concern.

All of this goes to show that when it comes to water near frack wells, the Pennsylvania DEP is doing everything it can to put on the blinders. It’s no wonder that the new Pennsylvania Auditor Eugene DePasquale has decided to investigate DEP’s practices related to fracking. We hope Auditor DePasquale will conduct a full and fair audit as expeditiously as possible, and that in the meantime, any withheld water quality information be immediately released. Regardless of whether or not DEP thinks certain contaminants are linked to fracking, no Pennsylvania resident should be denied readily available information regarding the safety of the water that they and their families drink.

1This information is based on the deposition of Taru Upadhyay, the technical director of DEP's Bureau of Laboratories.  Because of DEP's lack of transparency on this issue, however, it is not entirely clear how many contaminants are normally tested for.