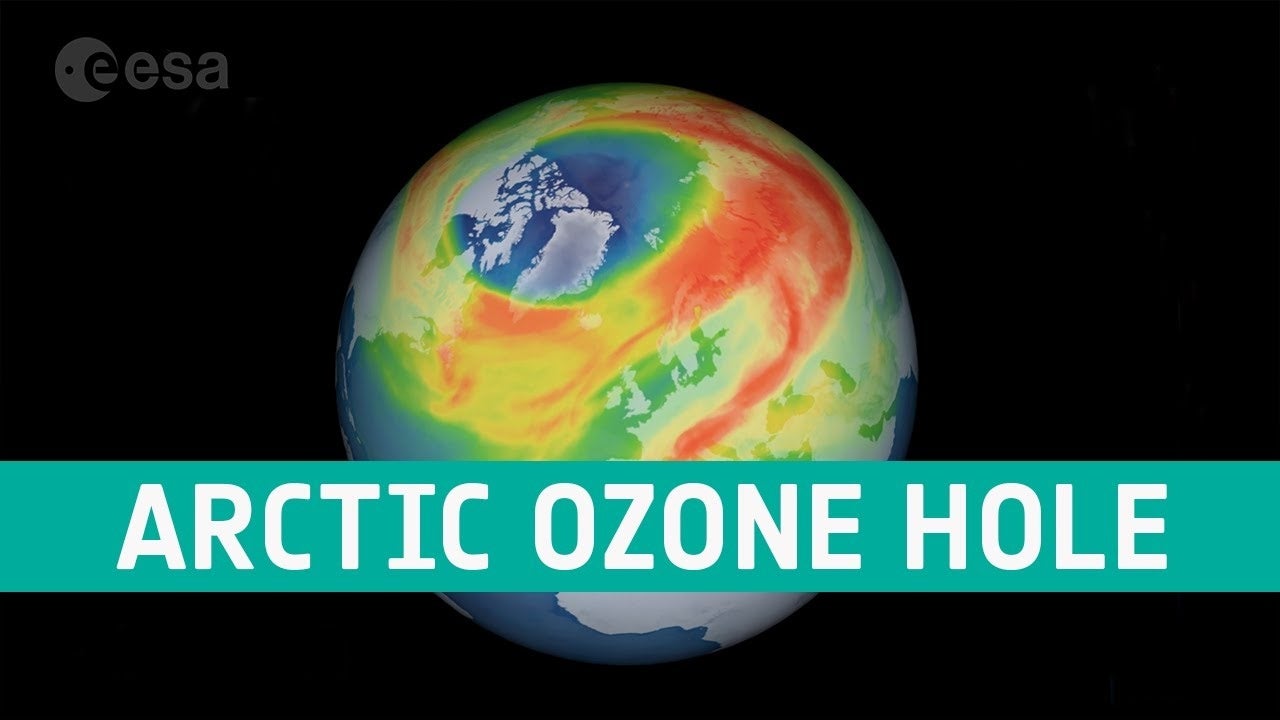 A record-sized hole has opened in the ozone layer over the Arctic, The Guardian reported Tuesday.

While both poles lose some ozone during their winters, the Arctic tends to lose much less than Antarctica, where the larger and more famous ozone hole is located, the European Space Agency (ESA) explained. This year’s anomaly is the result of a combination of unusually low Arctic temperatures, sunlight, wind fields and human emissions of ozone-depleting substances like chlorofluorocarbons (CFC).

“However, this is a reminder that one should not take the Montreal Protocol measures for granted, and that observations from the ground and from satellites are pivotal to avoid a situation where the chlorine and bromine levels in the stratosphere could increase again,” he said.

The ozone layer is a layer of protective gas in the stratosphere that shields Earth from the sun’s ultraviolet light, which can cause skin cancer and cataracts, ESA explained.

In Antarctica, a hole in this protective coating is ripped every winter when cold temperatures cause high clouds to form over the pole, as Nature reported. These clouds react with human emissions of chemicals like chlorine and bromine, which then deplete the ozone layer.

Usually, the North Pole doesn’t get consistently cold enough for these reactions to occur. But this year, a “polar vortex” trapped so much cold air above the Arctic that there was more than at any time since 1979.

“The hole is principally a geophysical curiosity,” Peuch told The Guardian. “We monitored unusual dynamic conditions, which drive the process of chemical depletion of ozone. [Those dynamics] allowed for lower temperatures and a more stable vortex than usual over the Arctic, which then triggered the formation of polar stratospheric clouds and the catalytic destruction of ozone.”

The unusual hole is still smaller than its Antarctic counterpart.

“The ozone hole we observe over the Arctic this year has a maximum extension of less than 1 million sq km. This is small compared to the Antarctic hole, which can reach a size of around 20 to 25 million sq km with a normal duration of around 3 to 4 months,” Diego Loyola from the German Aerospace Center told ESA.

It also is not expected to last as long. It formed around March 14 and is projected to disappear by mid April.

It is also unlikely to impact people, though there is a small chance it could move further south over southern Greenland, which would increase sunburn risk for people who live there, according to The Guardian.

But both ozone holes are ultimately on the mend, thanks to the 1987 Montreal Protocol that set limits on ozone-depleting chemicals. The Antarctic hole was the smallest in 35 years last November.

Overall, the ozone layer has been recovering at a rate of one to three percent per decade since 2000, according to the 2018 Scientific Assessment of Ozone Depletion, as ESA reported.