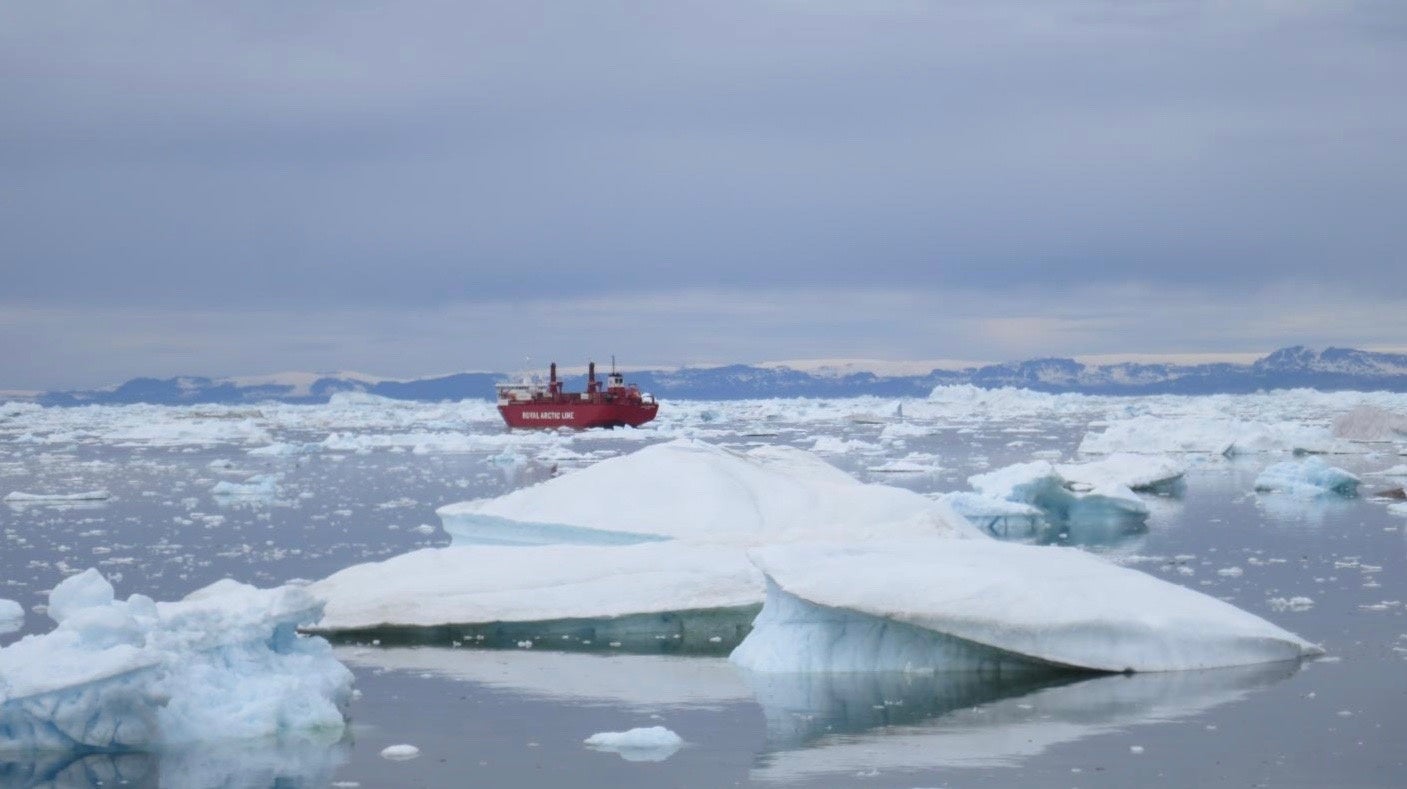 A new study shows that half of all Arctic warming and corresponding sea-loss during the late 20th century was caused by ozone-depleting substances. Here, icebergs discharged from Greenland's Jakobshavn Glacier. Kevin Krajick / Earth Institute / EurekAlert!

The world awakened to the hole in the ozone layer in 1985, which scientists attributed it to ozone-depleting substances. Two years later, in Montreal, the world agreed to ban the halogen compounds causing the massive hole over Antarctica. Research now shows that those chemicals didn’t just cut a hole in the ozone layer, they also warmed up the Arctic.

Now a new study has found that those ozone-depleting substances (ODS), which were developed in the 20s and 30s were responsible for roughly one-third of global warming from 1955 to 2005 and half of Arctic warming and sea-ice loss during that period. The study was published in the journal Nature Climate Change.

The ODS, which includes chlorofluorocarbons, were widely used as refrigerants, solvents and propellants and became ubiquitous in the 1950s. They acted as a strong addition to carbon dioxide gas, the most pervasive greenhouse gas. Unlike carbon dioxide, the halogen compounds that are ODS are entirely man-made, so they did not exist in the atmosphere before they were introduced in industrial and domestic products. Since the ban on them was implemented in 1989, their deleterious impacts have started to fade as they slowly dissolve from the atmosphere, according to a press release from the Earth Institute at Columbia University.

While most research has focused on what these substances do to the ozone, this is the first study that ties ODS to the unprecedented rate of Arctic warming, according to Nature.

“While the dominant role of carbon dioxide is undisputed, another important set of anthropogenic [greenhouse gasses] was also being emitted over the second half of the twentieth century: ozone-depleting substances,” researchers wrote in Nature Climate Change, as Newsweek reported.

The team of researchers, led by Lorenzo Polvani from Columbia University, said this is the first time the warming effects of ODS have been quantified, according to Newsweek.

The researchers looked at two different climate models, one model looked at what has happened in the world, the other removed all the ODS. Without the ODS, the Arctic would warm 0.82 degrees Celsius. However, when the ODS were factored in, the number jumped to 1.59 degrees Celsius, as Nature reported.

The research saw similar dramatic changes in sea-ice loss. They were even able to run the models to compare various layers of ozone thickness. That way they found that Arctic warming was due directly to the presence of the chemicals and not to the hole in the ozone, according to Nature.

“This paper points out a large role for the ODS in Arctic warming, but we also have to remember the cooling effect of aerosol increases,” Professor Martyn Chipperfield, an atmospheric scientist at the University of Leeds in the UK who was not involved in the study, told Newsweek. “The cooling effect of aerosols is included in the models and offsets some of the greenhouse gas warming.”

“For the ODSs, the exact mechanism which leads to a magnified impact in the Arctic remains to be determined,” said Chipperfield. “It is a complex problem because there are many different major and minor ODS but only a few are treated in the models. Further modeling studies are needed to investigate this.”

Polvani believes the study shows that the phase-out of ODS and greenhouse gasses could help stop ice-melt in the future.

“Climate mitigation is in action as we speak because these substances are decreasing in the atmosphere, thanks to the Montreal Protocol,” said Polvani, a professor in Columbia’s Department of Applied Physics and Applied Mathematics, in a statement. “In the coming decades, they will contribute less and less to global warming. It’s a good-news story.”