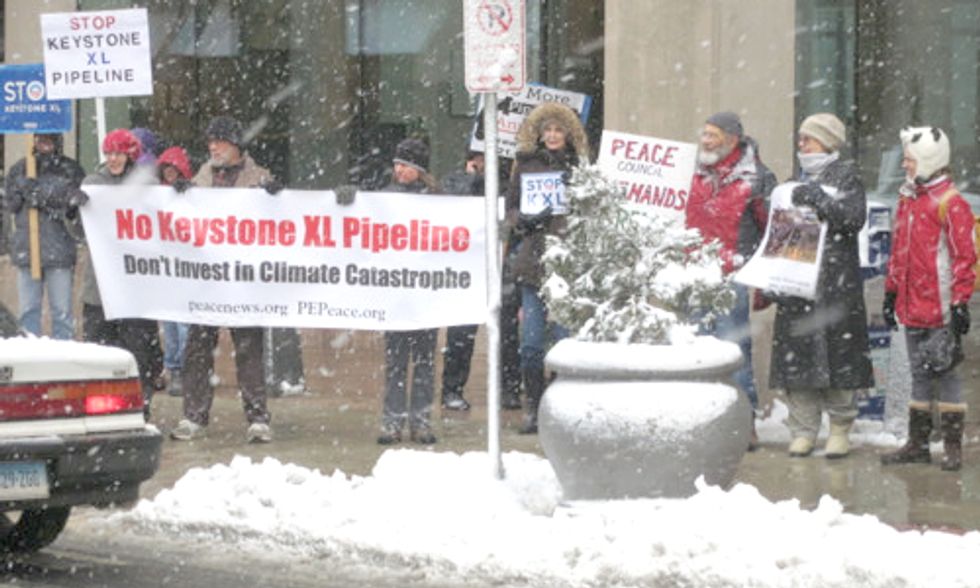 While the final decision rests with President Barack Obama, people still want to know all they can about the Keystone XL pipeline and where its tar sands oil would be sold if its construction is approved.

According to a poll conducted last week by NextGen Climate Action and SurveyUSA, 85 percent of Americans want Congress to ensure it is certain where the oil from the Keystone XL pipeline is going. Nearly as many—79 percent—want TransCanada to testify under oath about whether the oil will stay in the country.

Also, 80 percent want TransCanada to have to make clear where oil from the pipeline is going before Obama reaches a final decision.

The study did not ask people whether they were for or against the pipeline. Instead, it sought to understand the extent to which they believe or do not believe that the oil would actually remain in the U.S. To that end, a combined 84 percent said they had either "a lot" or "a little" concern that Chinese government-backed companies invested $30 billion in the project.

SurveyUSA polled more than 5,000 U.S., particularly in Alabama, Michigan, Ohio, Florida, North Carolina, South Carolina, Louisiana, Iowa and New Hampshire. While the majority of respondents want Congress to be certain of the oil's destination, only 54 percent say they think most of the oil will stay in the U.S.

“Just as striking is how these findings cut across party lines," a SurveyUSA study summary reads. "Consensus on key pipeline policy is shared by liberals and conservatives, Republicans and Democrats, the less educated and the more educated, the less affluent and the more affluent."

Sixty-eight percent said that potential leaks by U.S. State Department staff to the Canadian government should be investigated.

Wednesday, the Lancaster County District Court in Lincoln, NE found the law that amended Nebraska state pipeline laws to clear the way for the Keystone XL pipeline to be unconstitutional and void.