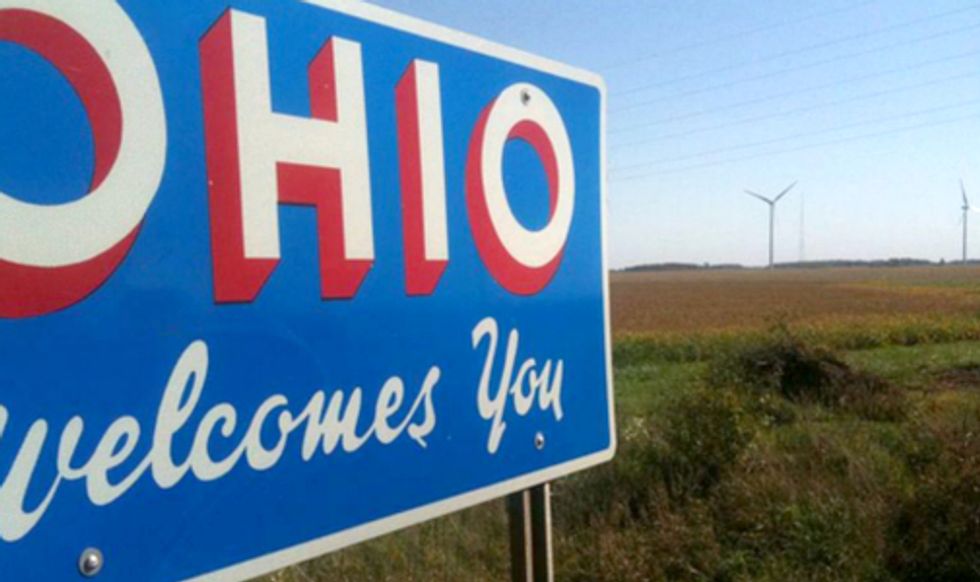 Ohio Gov. John Kasich said two years ago that he had "no doubt" that the renewable energy bill he signed would last 100 years. After a state House of Representatives vote Wednesday afternoon, that appears unlikely.

The state House approved Senate Bill 310, 53 to 38, making Ohio the first in the U.S. to freeze renewable energy standards. The bill previously passed the Senate, but now the Senate needs to approve minor changes made by the House, and then the measure heads to Gov. John Kasich's desk.

The Columbus Dispatch reported Thursday that Kasich plans to sign the bill.

“As the rest of the country is moving forward on energy efficiency and independence, Ohio is moving backwards,” State Rep. Robert F. Hagan (D-Youngstown) said in a statement. “Reversing our Renewable Portfolio Standards is completely irrational, and unfortunately Ohio consumers and businesses are the victims of the absurdity."

With the state Senate and House of Representatives voting for Senate Bill 310, Ohio is the first state to roll back renewable energy standards, pending the governor's signature. Photo credit: Geoamps.com

In addition to the freeze, it ceases to require utilities to buy half of their renewable energy from Ohio companies. That's why many groups believe the legislation to be a job killer for the industry. According to the Columbus Dispatch, State Rep. Mike Foley (D-Cleveland) believes SB 310 was the worst proposal he has seen in eight years as a legislator.

Some environmental groups are still holding out hope that Kasich will veto the bill. However, they should recall Media Matters for America unearthing an unsettling fact earlier this month—Kasich is recognized in the American Legislative Exchange Council's (ALEC) internal talking points as someone who “helped mold ALEC in its formative years.” ALEC has attacked renewable standards in states across the country.

"Now is the time for him to demonstrate the forceful leadership that he not been afraid to exert on other issues."

Some think the answer to Demeter's question lies in several Ohio legislators' affiliation to ALEC. Aside from Kasich's ties, Ohio Sen. Bill Seitz (R-Cincinnati) is known as the legislation’s loudest advocate and is also an ALEC board member, for example.

“Passage of SB 310 threatens Ohio jobs and potential future investment in green technology," Hagan said. “We are on the precipice of destroying our environment and climate.

"Instead of clinging to outdated modes of energy generation, the legislature needs to focus on securing our state’s energy future.”

The American Wind Energy Association made a late push Wednesday for people to call their representatives in hopes that they would vote against SB 310. Now, the group hopes those constituents can influence Kasich.

"Much of the impressive growth of wind power in Ohio was sparked by our state renewable energy law—the Alternative Energy Portfolio Standard. This policy calls on Ohio utilities to provide 12.5 percent of their electricity from renewable resources by 2025," the organization wrote.

Earlier this year, Iberdrola Renewables presented $2.7 million worth of checks to two Ohio communities to commemorate the first of the annual payments in lieu of taxes for the Blue Creek Wind Farm—the state’s largest wind farm with 304 megawatts of output. Groups believe such investments will come to a halt as a result of Wednesday's vote.

"Governor Kasich has a critical choice to make: Back or bail on his own energy policy that embraces many different resources," Demeter said. "Cleaner air, consumer savings and new jobs and investment are hanging on his decision."