Off Grid Living on Manhattan-Sized Island 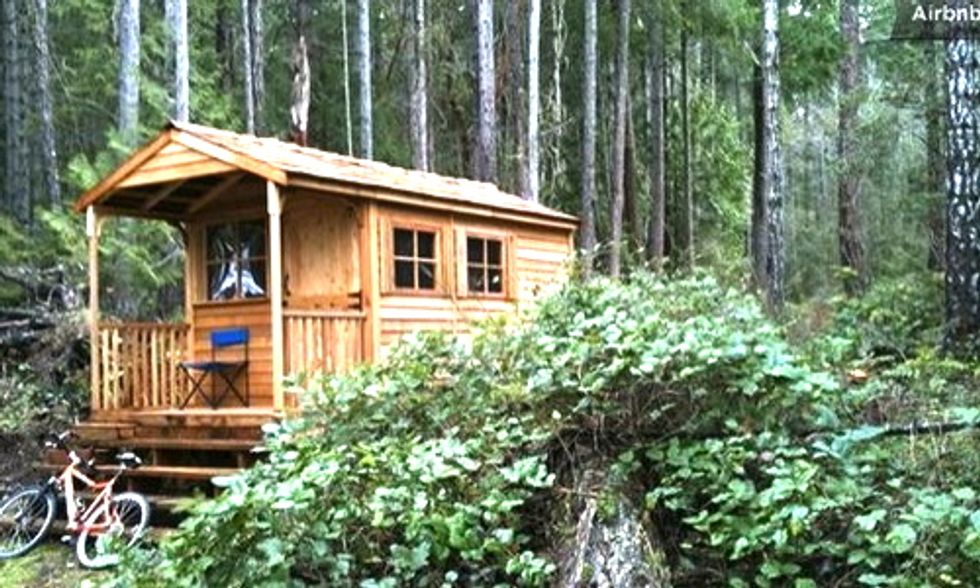 Whether you want reduce your environmental impact or ditch city life, many of us dream of dropping off the grid and living off the land. Not many of can actually cut the cord, but on the small island of Lasqueti, about 400 residents are living out that dream.

The island lies about 50 miles northwest of Vancouver in the Strait of Georgia. To reach the remote locale, one can take a passenger-only ferry that comes two or three times a day, weather permitting of course.

About an hour away from Vancouver, Lasqueti is a small island home to about 400 people who live completely off the grid. Photo Credit: Google Maps

At 12 miles long and 3 miles wide, Lasqueti's about the same size and shape as Manhattan, but that's about the only thing the islands have in common. Residents aren't connected to the province's electric utility BC Hydro, so energy comes from solar, wind or hydro power, as well as fossil fuel generators. Some just do without electricity.

The idea of being free from our hairdryers and energy giants is often romanticized, but self-sufficiency isn't easy. Lasqueti has no industry or even much of an economic system, and as the community's website puts it, "Nobody can work a five-day week away from home because it takes three days work just to survive—to cut firewood, to maintain power, water and waste systems, to work in your garden to produce your food."

BC Gulf Island #cabinlife is def in the cards for me. Lasqueti Island, you are now a nominee! http://t.co/Nd0uSdyzLS pic.twitter.com/fWyHF2jIZ5

Modern conveniences such as microwaves or toasters are obsolete when there isn't a grocery store. Sanitation services such as garbage pickup or a sewage system don't exist either. In fact, the island's website includes an excerpt from one resident's book called, "How to Shyte on Lasqueti," with detailed subsections on composting toilets, greywater, septic fields and more.

With so much freedom, it comes as no surprise that money isn't much of an issue. People grow their own food, barter with each other or go to the free store, a recycling center where people can pick up reusable clothing, books, appliances and household objects free of charge. The island also has an elementary school, volunteer firefighters, organic farms, a handful of B&B's and one restaurant (that's also a bakery and general store).

Canadian news outlet 16x9 documented the island and featured 83-year-old Al Gainsbauer, who has lived on the Lasqueti since he quit his engineering job in 1989. Gainsbauer drinks water from a creek, bakes his own bread and lives in a two-story, solar-and-hydro-powered home he built himself because, "I've just always wanted to live out in the woods."

Check out this video, which has received nearly 800,000 views.

Want to move to the most dog-filled island in Canada? Look no further than Lasqueti Island! http://t.co/vJ1Zgalqcp pic.twitter.com/3p74YfYhcE

Although many dwellers live in modest homes (where a shower might require a walk through the woods), there are more luxurious homes such as the Earthship. This spacious abode is made of natural and recycled materials and its walls are made of old tires. Power comes from renewable energy, and it also contains relatively modern comforts such as indoor plumbing and flat-screen TVs.

The Earthship is built with recycled and natural materials and has some of the more modern amenities on the island.
Photo credit: 16x9

In the video below, Lasqueti women describes their off-grid island life, and share some of their ups ("The sense of community," "The freedom") and downs ("It's a lot of work," "The inconvenience of living here can be challenging").

No electricity, no money, no paved roads. It's safe to say that Lasqueti attracts certain types of individuals (And very smart ones at that. According to Canadian census data, Lasqueti is the most highly educated community in all of British Columbia). Another local woman featured in the video below, who's lived on the island for four decades, said it best: "Wussies don't cut it."