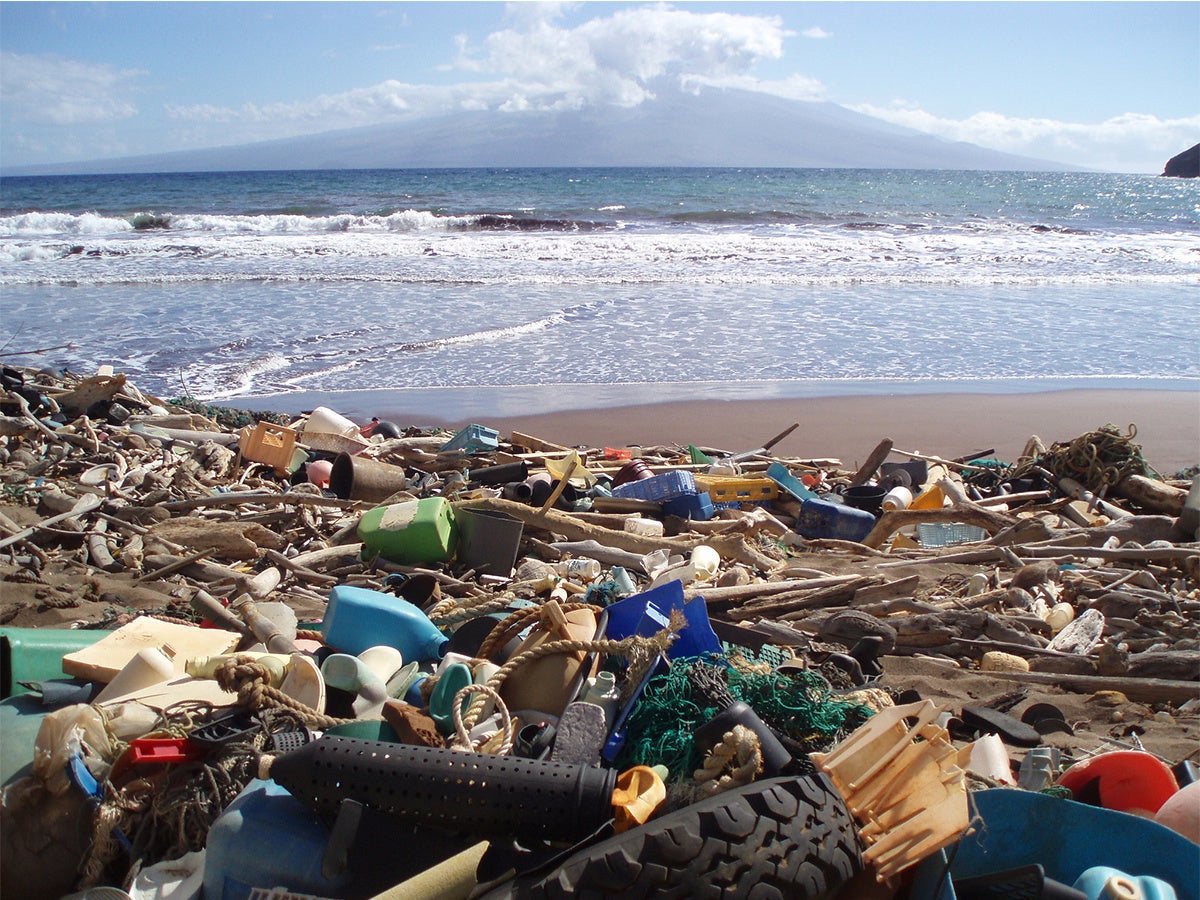 If we don’t act now, plastic pollution in the world’s oceans is projected to increase three-fold within seven years, according to a startling new
report.

Roughly 70 percent of all marine litter is plastic, and the effect of this non-biodegradable waste can be devastating for marine biodiversity.

“There is extensive evidence that entanglement in, or ingestion of, plastics can cause injury and death to a wide range of marine organisms, including commercially important fish and shellfish,” the report says.

The report also warns about the prevalence of microplastics and other tiny plastic debris in the ocean. “Plastic does not decompose, instead breaking down into ever smaller pieces,” it states. “The full effects are not understood, but there is growing evidence of plastic harming sea creatures and restricting their movement, as well as polluting beaches.”

The report was written by scientists to brief government officials on medium and long-term issues of significance, according to BBC News. They warned about the danger of our oceans being “out of sight, out of mind,” and pointed out that more is known about space than our seas.

“The ocean is critical to our economic future. Nine billion people will be looking to the ocean for more food. Yet we know so little of what’s down there,” author Edward Hill from the UK National Oceanography Centre explained to BBC News.

“We invest a lot of money and enthusiasm for missions to space—but there’s nothing living out there. The sea bed is teeming with life. We really need a mission to planet ocean—it’s the last frontier.”

“The ocean is out of sight, out of mind,” added Ian Boyd, the chief scientist for the UK government’s environment department and another author of the report.

“There’s a continuous process of exploring for new things to exploit in the oceans, and that’s happening faster than we scientists can keep up with,” Boyd said. “My suspicion is legislation is also struggling to keep up—and obviously there are risks in that.”

Plastic pollution can also impact human health and wellbeing. Citing a recent EU-wide survey, the Future of the Sea report noted that more than 70 percent of visitors noticed litter on either most or every visit to the coast.

“Coastal plastic litter can also increase the risk of bacterial pathogens such as E. coli,” it states.

“Other kinds of pollution pose direct and indirect, via seafood, risks to human health. Marine pollution may also have direct effects on human health, with the consumption of seafood potentially leading to ingestion of hazardous chemicals that have accumulated in the food chain.”

To solve this plastic epidemic, the authors suggested solutions that range from preventing plastic from entering the sea, introducing new biodegradable plastics, and campaigns that raise public awareness about marine protection.