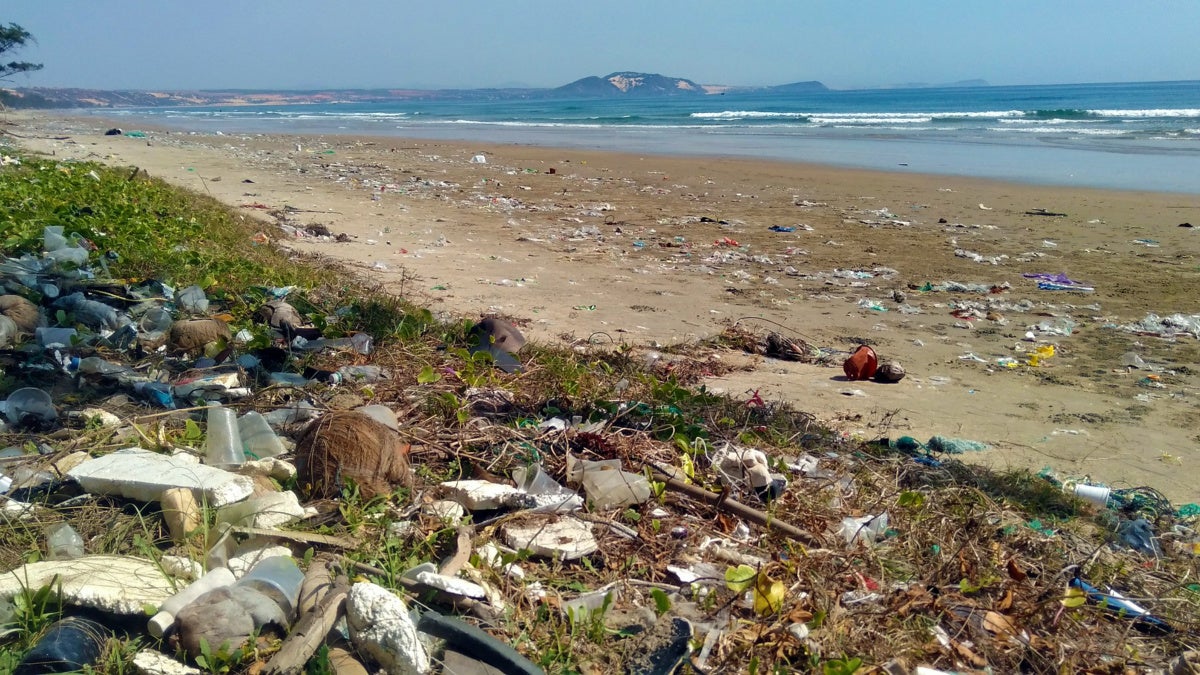 Nearly 29 million metric tons of plastic will enter the world's oceans a year by 2040 if nothing is done to stem the flow of plastic. Sergei Tokmakov, Esq. / Pixabay

One of the most detailed studies of the plastic pollution crisis was released Thursday, and the picture it paints is not pretty.

There are currently about 11 million metric tons of plastic entering the world’s oceans every year, the report calculated. That’s higher than the often-cited eight million figure, The Guardian pointed out. But that number will nearly triple to 29 million metric tons a year by 2040 if nothing is done to stem the flow of plastic. What’s more, existing commitments from governments and businesses will only reduce that flow by seven percent by 2040.

“The biggest takeaway from our work is that if we don’t do anything, the plastic pollution problem is going to become unmanageable. Doing nothing is not an option,” Dr. Winnie Lau, study coauthor and senior manager for Pew’s Preventing Ocean Plastics campaign, told CNN.

The study is the result of a two-year research project led by the Pew Charitable Trusts and environmental think thank SYSTEMIQ, Ltd, as National Geographic reported. Its findings were released Thursday in both a peer-reviewed Science article and a report called “Breaking the Plastic Wave.”

The findings are not all doom and gloom. The researchers created a first-of-its-kind model of the global plastic system in order to determine the most effective means of solving the crisis. They found that a combination of already existing strategies and technologies could cut the amount of plastic entering the ocean by almost 80 percent by 2040.

One reason that current policies have done so little to reduce the overall amount of plastics entering the environment is that they tend to focus on single items, like straws or bags. Instead, the researchers recommended a set of solutions that target the entire plastics life cycle, from production to recycling.

“All the initiatives to date make very little difference,” Pew Charitable Trusts international environment director Simon Reddy told The Guardian. “There is no silver bullet, there is no solution that can simply be applied — lots of policies are wanted. You need innovation and systems change.”

However, even with all these solutions put into place, there will still be an estimated 710 million metric tons of plastic waste in the world’s oceans by 2040, the report found.

“The key message from this paper is that even with huge changes to how plastics are produced, used, reused and disposed of, plastic pollution on land and in the ocean is here to stay,” University of Portsmouth ocean policy professor Stephen Fletcher told The Guardian.

But that is not an excuse for inaction. Even a five-year delay in enacting the report’s solutions would mean an additional 80 million metric tons of plastic in the seas, National Geographic found.

“If we’re going to significantly reduce ocean plastic pollution, we need an innovative and rigorous approach to ensure that the strategies we design are set up to delivering results,” World Wildlife Fund head of plastics and business Erin Simon said in the report’s introduction. “This research does exactly that.”

However, while they supported the project overall, Break Free from Plastic and Oceana disagreed with the inclusion of certain technologies like plastic incineration and chemical recycling.

“Because of the pollution released by incineration and chemical recycling, these waste-management ‘solutions’ should not be considered responsible pathways in curbing plastic waste,” Oceana’s plastics campaign director Christy Leavitt said in a press release.