20 Nutrition Facts That Should Be Common Sense (But Aren’t) 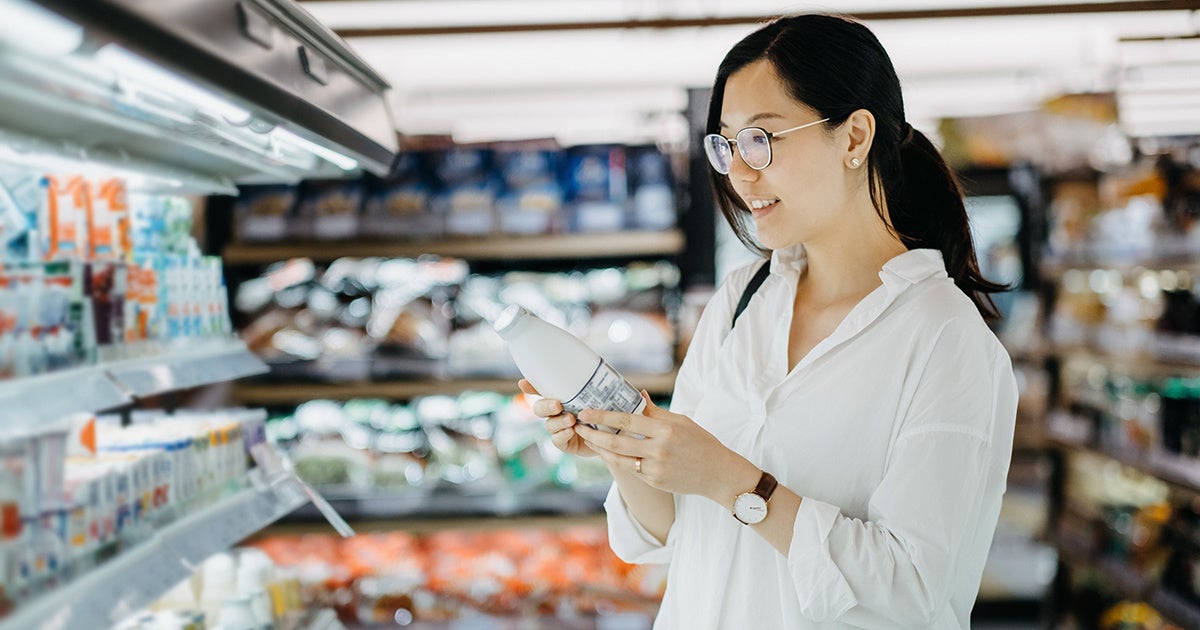 Common sense should not be taken for granted when people are discussing nutrition.

Many myths and misconceptions are being spread — even by so-called experts.

Here are 20 nutrition facts that should be common sense — but aren’t.

Their production involves high pressure, heat, and hydrogen gas in the presence of a metal catalyst.

Of course, trans fats are more than just unappetizing. Studies show that they are unhealthy and linked to a drastic increase in heart disease risk (1, 2).

Luckily, the Food and Drug Administration (FDA) has banned trans fats as of June 18, 2018, though products manufactured before this date can still be distributed until 2020 and in some cases 2021 (3).

Plus, foods with less than 0.5 grams of trans fats per serving may be labeled as having 0 grams (4).

Some people believe that having smaller, more frequent meals may help them lose weight.

However, some studies suggest that meal size and frequency have no effect on fat burning or body weight (5, 6).

Eating every 2–3 hours is inconvenient and completely unnecessary for the majority of people. Simply eat when you’re hungry and be sure to choose healthy and nutritious foods.

3. Take News Headlines With a Grain of Salt

The mainstream media is one of the reasons behind many circulating nutrition myths and confusions.

It seems as if a new study makes headlines every week — often contradicting research that came out just a few months earlier.

These stories often get a lot of attention, but when you look past the headlines and read the studies involved, you may find that they’re often taken out of context.

In many cases, other higher-quality studies directly contradict the media frenzy — but these rarely get mentioned.

4. Meat Doesn’t Rot in Your Colon

t’s entirely false that meat rots in your colon.

Your body is well equipped to digest and absorb all the important nutrients found in meat.

The protein gets broken down in your stomach by stomach acids. Then, powerful digestive enzymes break down the rest in your small intestine.

Most of the fats, proteins, and nutrients are then absorbed by your body. While small amounts of protein and fat may escape digestion in healthy people, there is not much left to rot in your colon.

5. Eggs Are One of the Healthiest Foods You Can Eat

Eggs have been unfairly demonized because their yolks are high in cholesterol.

However, studies show that cholesterol from eggs doesn’t raise blood cholesterol in the majority of people (7).

New studies that include hundreds of thousands of people show that eggs have no effect on heart disease in otherwise healthy individuals (8).

The truth is, eggs are one of the healthiest and most nutritious foods you can eat.

6. Sugary Drinks Are the Most Fattening Product in the Modern Diet

Excess added sugar can be detrimental to health — and getting it in liquid form is even worse.

The problem with liquid sugar is that your brain doesn’t compensate for the calories by eating less of other foods (9).

In other words, your brain doesn’t register these calories, making you eat more calories overall (10).

Of all the junk foods, sugar-sweetened beverages are likely the most fattening.

The low-fat diet promoted by the mainstream nutrition guidelines seems to have been a failure.

Numerous long-term studies suggest that it neither works for weight loss nor disease prevention (11, 12, 13).

What’s more, the trend led to a plethora of new, processed, low-fat foods. Yet, because foods tend to taste worse without the fat, manufacturers added sugar and other additives instead.

Foods that are naturally low-fat — like fruits and vegetables — are great, but processed foods labeled “low-fat” are usually loaded with unhealthy ingredients.

Many people believe that fruit juices are healthy, as they come from fruit.

Though fresh fruit juice may provide some of the antioxidants found in fruit, it contains just as much sugar as sugary soft drinks like Coca-Cola (14).

As juice offers no chewing resistance and negligible amounts of fiber, it’s very easy to consume a lot of sugar.

If you’re trying to avoid sugar for health reasons, you should avoid fruit juice as well. While fruit juice is healthier than soft drinks, its antioxidant content doesn’t make up for the large amounts of sugar.

9. Feeding Your Gut Bacteria Is Critical

People are really only about 10% human — the bacteria in your intestine, known as the gut flora, outnumber your human cells 10 to 1.

In recent years, research has shown that the types and number of these bacteria can have profound implications for human health — affecting everything from body weight to brain function (17, 18).

Just like your body’s cells, the bacteria need to eat — and soluble fiber is their preferred fuel source (19, 20).

This may be the most important reason to include plenty of fiber in your diet — to feed the beneficial bacteria in your intestine.

What people generally refer to as “cholesterol” isn’t really cholesterol.

When people talk about the so-called “bad” LDL and “good” HDL cholesterol, they’re really referring to the proteins that carry cholesterol around in your blood.

The truth is, cholesterol is not the enemy. The main determinant for heart disease risk is the type of lipoproteins that carry cholesterol around — not cholesterol itself.

For most people, dietary cholesterol has little or no effect on lipoprotein levels (21).

here are many different weight loss supplements on the market — and they almost never work.

They’re claimed to lead to magical results but fail when put to the test in studies.

Even for the few that work — like glucomannan — the effect is too small to really make a noticeable difference.

The truth is that the best way to lose weight and keep it off is to adopt a healthy lifestyle change.

12. Health Is About More Than Your Weight

Most people focus too much on weight gain or loss. The truth is that health goes way beyond that.

Many obese people are metabolically healthy, while many normal-weight people have the same metabolic problems associated with obesity (22, 23).

It appears that the area where fat builds up is important. The fat in your abdominal cavity (belly fat) is associated with metabolic problems, while the fat under your skin is mostly a cosmetic problem (24).

Therefore, reducing belly fat should be a priority for health improvement. The fat under your skin or the number on the scale doesn’t matter as much.

13. Calories Count — But You Don’t Necessarily Need to Count Them

Obesity is a matter of excess stored energy, or calories, accumulating in the form of body fat.

However, this doesn’t mean you need to monitor everything that enters your body and track or count calories.

Though calorie counting works for a lot of people, you can do many things to lose weight — without ever having to count a single calorie.

For example, eating more protein has been shown to lead to automatic calorie restriction and significant weight loss — without deliberately restricting calories (25, 26).

For decades, people have been advised to eat a low-fat diet with carbs making up 50–60% of calories.

Surprisingly, this advice was extended to include people with type 2 diabetes — who cannot tolerate a lot of easily digestible carbs, like sugar and refined starch.

People with type 2 diabetes are resistant to insulin and any carbs they eat will cause a big rise in blood sugar levels.

For this reason, they need to take blood-sugar-lowering drugs to bring their levels down.

If anyone benefits from a low-carb diet, it is people with diabetes. In one study, following a low-carb diet for only 6 months allowed 95.2% of participants to reduce or eliminate their blood sugar medication (27).

15. Neither Fat nor Carbs Make You Fat

Fat has often been blamed for obesity, as it has more calories per gram than protein and carbs.

Yet, people who eat a diet high in fat — but low in carbs — end up eating fewer calories than people on low-fat, high-carb diets (28, 29).

This has conversely led many people to blame carbs for obesity — which is incorrect as well. Plenty of populations throughout history have eaten high-carb diets but remained healthy.

As with almost everything in nutrition science, the issue depends on the context.

Both fat and carbs can be fattening — it all depends on the rest of your diet and your overall lifestyle.

16. Junk Food Can Be Addictive

People are eating more processed food than ever before, and the technologies used to engineer foods have become more elaborate.

These days, food engineers have found ways to make food so rewarding that your brain gets flooded with dopamine (30).

For this reason, some people can completely lose control over their consumption (31).

Many studies examining this phenomenon have found similarities between processed junk foods and commonly abused drugs (32).

People are more health conscious than ever before.

The food manufacturers are well aware of this and have found ways to market junk food to health-conscious people as well.

They do this by adding misleading labels like “whole-grain” or “low-fat.”

You can find many unhealthy junk foods with these health claims, such as “whole-grain” Fruit Loops and Cocoa Puffs.

These labels are used to trick people into thinking that they’re making the right choice for themselves — and their children.

If the packaging of a food tells you it’s healthy, chances are it isn’t.

18. Certain Vegetable Oils Should Be Avoided

Studies suggest that a high intake of omega-6 fatty acids — relative to omega-3 — increases low-grade inflammation in your body (34).

Oils high in omega-6 may contribute to oxidative stress in some people, potentially contributing to heart disease (35, 36, 37).

For this reason, it may be a good health strategy to choose vegetable oils that are relatively low in omega-6 fatty acids. These include olive oil, canola oil, and high-oleic safflower oil.

This allows you to optimize your omega-6 to omega-3 ratio.

There are many health trends in the world today.

Both organic and gluten-free food is becoming increasingly popular.

However, just because something is organic or gluten-free doesn’t mean that it’s healthy. You can make junk foods from organic ingredients just as well as non-organic ones.

Foods that are naturally gluten-free are fine, but gluten-free processed foods are often made with unhealthy ingredients that may even be worse than their gluten-containing counterparts.

The truth is, organic sugar is still sugar and gluten-free junk food is still junk food.

The obesity epidemic started around 1980 and the type 2 diabetes epidemic followed soon after.

These are two of the biggest health problems in the world — and diet has a lot to do with them.

Some scientists started blaming these epidemics on foods like red meat, eggs, and butter, but these foods have been a part of the human diet for thousands of years — whereas these health problems are relatively new.

It seems more sensible to suspect new foods to be the culprit, such as processed foods, trans fat, added sugar, refined grains, and vegetable oils.

Many nutrition myths and misconceptions are easily debunked with a bit of common sense and scientific evidence.

The above list gives you some insight into common misconceptions, helping you be more informed on your way to a balanced, healthy diet.

Reposted with permission from our media associate Healthline.