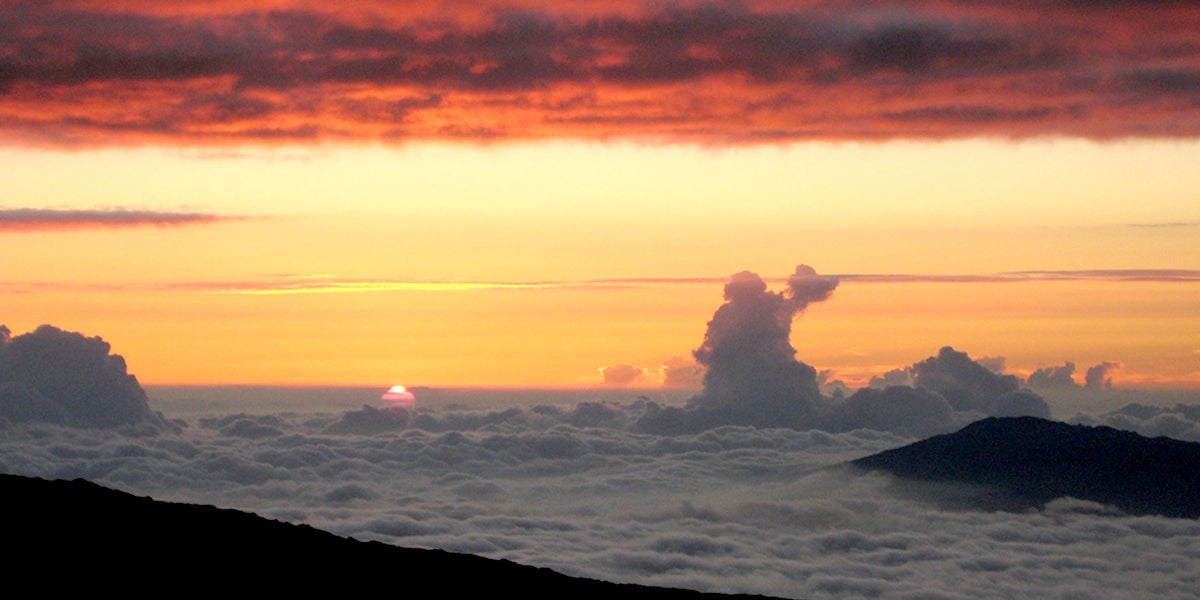 The National Oceanic and Atmospheric Administration (NOAA) reported that carbon dioxide levels in 2016 broke records for the second year in a row with an increase of 3 parts per million (ppm).

The measurements are coming from the Mauna Loa Baseline Atmospheric Observatory in Hawaii and were confirmed by NOAA’s Earth System Research Laboratory in Boulder, Colorado. The numbers show that the rate of CO2 in the atmosphere is now at 405.1 ppm, the highest it has been in more than 10,000 years. Pieter Tans, lead scientist of NOAA’s Global Greenhouse Gas Reference Network, said the findings are accurate and disturbing.

“The rate of CO2 growth over the last decade is 100 to 200 times faster than what the Earth experienced during the transition from the last Ice Age,” Tans said in a press release. “This is a real shock to the atmosphere.”

A shock, indeed. An atmosphere of 400 ppm is dubbed the “carbon threshold,” a point of no return. To sum it up, levels this high throw the whole balance of the climate cycle into chaos, making it more difficult to predict climate changes and causing sea level rise, severe tropical storms, drought and flooding. 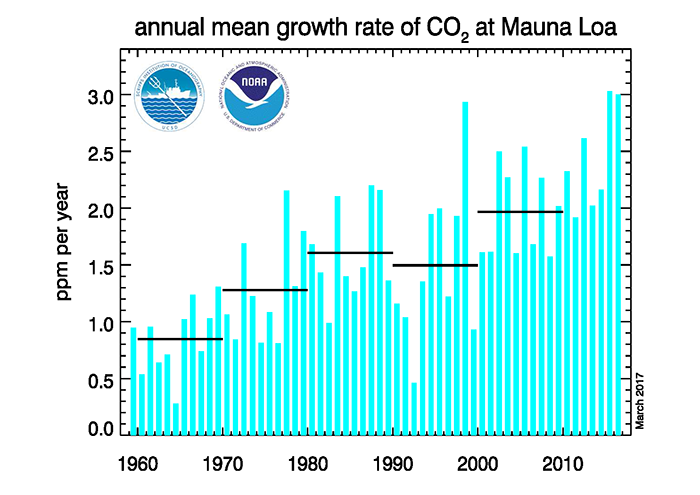 Emissions from fossil-fuel consumption have remained at historically high levels since 2011, and according to Tans, these emissions are contributing to the dramatic spike in atmospheric CO2 levels, which, up until the industrial revolution in 1760, averaged about 280 ppm.

Even if humans were to stop burning fossil fuels today, the carbon will continue to be trapped for at least the next few decades. Back in October 2016, when levels finally reached the 400 ppm threshold, Tans said, “It’s unlikely we’ll ever see CO2 below 400 ppm during our lifetime and probably much longer.”