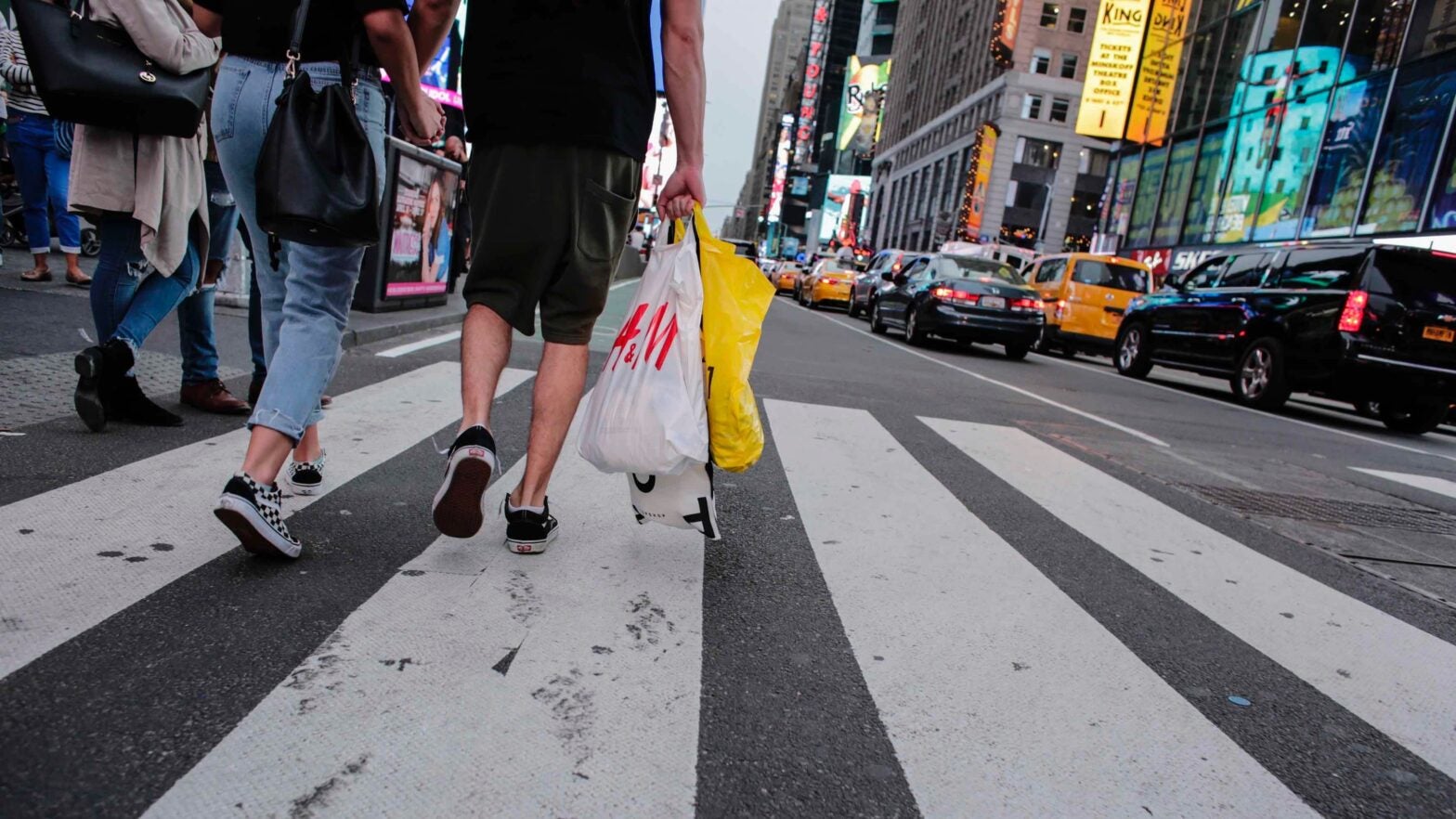 Nearly one year after New York became the second state in the nation to pass a ban on grocery store plastic bags — the law is going into effect on Sunday.

In accordance with the budge bill passed last year, New York State retailers will be banned from doling out single-use plastic bags, starting on March 1. California and Hawaii already have their ban in place and now New York is one of eight states inching toward implementing the ban, as Gothamist reported.

Some New York municipalities will also charge a five-cent fee for people who want a plastic bag, though that fee will be waived for customers using food stamps to make their purchases. The five cents will be used as a tax, with two cents going to local governments, and three cents going to the state’s Environmental Protection Fund, as the New York Post reported.

The governor of New York, Andrew Cuomo, tweeted when the ban was first set to pass, “Plastic bags have blighted our environment and clogged our waterways. By banning them, we will protect our natural resources for future generations of New Yorkers,” as EcoWatch reported.

Now Cuomo is looking forward to seeing the bags gone.

“It’s no doubt that this is smart; you see these bags all over the place,” Cuomo, who added that the bags hang in trees like “bizarre Christmas ornaments,” said as WRVO Public Media reported. “I’ve been 30 miles out in the ocean and you see garbage floating and plastic bags floating. It’s terrible.”

The Department of Environmental Conservation (DEC) has recently increased its efforts in recent days to help New Yorkers understand the new rules. The department has run ads on social media and videos on its website and YouTube channel, according to WRVO Public Media. The DEC is also distributing 270,000 reusable bags to low and middle-income families to help them ease into the transition.

The plastic bag ban will apply to all retailers that collect sales tax, including grocery stores and bodegas. The DEC claims that currently more than 23 billion plastic bags are used each year and only for 12 minutes, according to the state Department of Environmental Conservation, as the New York Post reported.

There are exceptions to the ban. According to Gothamist, plastic bags can still be used for:

While the law goes into effect on Sunday, the DEC will actually not enforce it for a few more months as stores and customers adapt to their plastic bag-free shopping. Once it does enforce the law, retailers violating the ban will first receive a warning, followed by a 0 fine, leading to a 0 fine for subsequent violations in the same calendar year, as Gothamist reported.

“It was most unfortunate,” Judith Enck, who runs Beyond Plastics at Bennington College and worked at the EPA under President Obama, said to WRVO Public Media. “Why even open the door to that?”