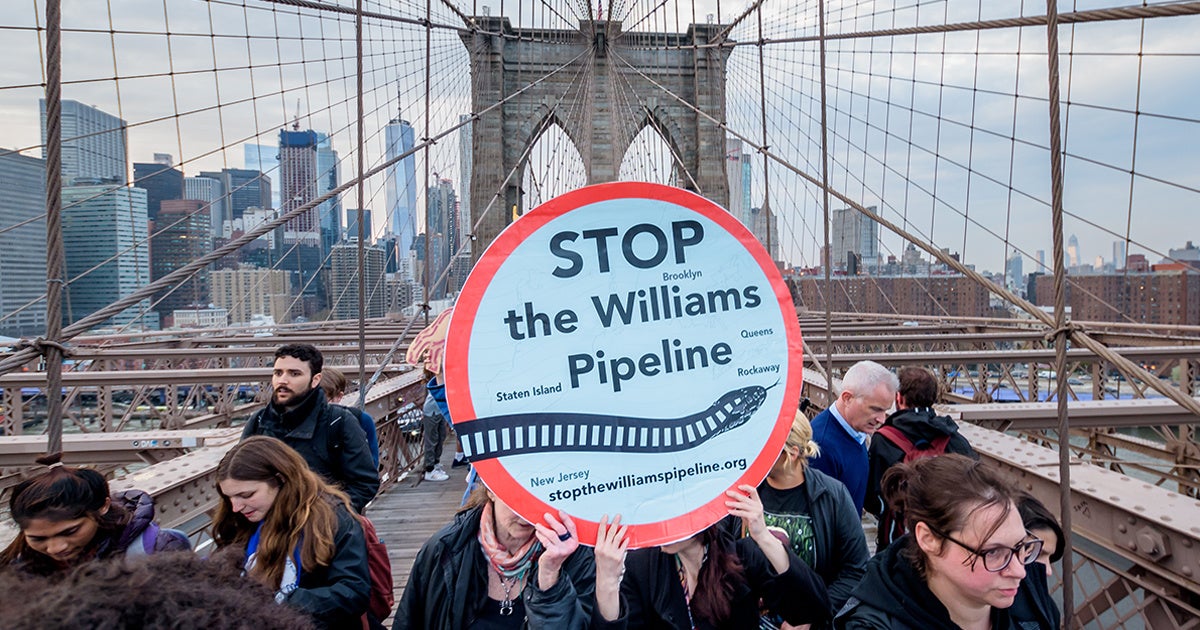 The so-called Williams pipeline, named for the Oklahoma-based companies that would have operated it, would carry natural gas 37 miles from Pennsylvania to New Jersey and New York. Williams said it was important to meet New York’s growing energy needs, but environmental activists said it would harm the state’s environment and tie the state to additional fossil fuel infrastructure in the face of climate change.

“New Yorkers are winning the fight against the Williams fracked gas pipeline, and we’ll make sure this dangerous and unnecessary pipeline is never built,” Stop the Williams Pipeline, a coalition of anti-pipeline groups, said in a statement.

We are winning this fight but it is NOT over. Come rally with us tomorrow at City Hall at noon to send a clear message to Williams that this pipeline will never be built. #StopTheWilliamsPipeline pic.twitter.com/YMxe7DQxc6

The Department of Environmental Conservation (DEC) received 14,000 comments from 45,000 individuals ahead of its decision, around 90 percent of them opposing the pipeline, Grist reported.

“I think it was the people power that made this happen,” Lee Ziesche, one of six women who had conducted a hunger strike against the project, told Grist.

Thank you @RepJerryNadler. Your leadership is helping to ensure that NY remains on the front lines in the fight to protect our environment and our people. Together we will help NY create thousands of high-wage renewable energy jobs. https://t.co/DWlic2pEyk

Cuomo did not take a stand on the project, saying the decision was up to DEC.

Ultimately, the decision was announced in technical terms based on the harm the previously-named Northeast Supply Enhancement (NESE) pipeline would do to New York’s waterways, The New York Times reported. Specifically, DEC said the pipeline’s construction would contaminate New York’s water with mercury and copper.

The decision was made “without prejudice,” which means Williams can reapply.

“The Department of Environmental Conservation raised a minor technical issue with our application,” Williams spokesman Chris Stockton said in a statement reported by The New York Times. “Our team will be evaluating the issue and resubmitting the application quickly.”

In a statement reported by CBS New York, New Yorkers for Affordable Energy spokesman Peter Kauffmann explained why some are keen to see the pipeline built and disappointed in Wednesday’s decision:

“The state’s blockade against natural gas infrastructure is a clear and present danger to New York’s economy. Blocking this critical project will make the NYC metropolitan area more reliant on oil; increase greenhouse gas emissions; eliminate jobs on Long Island; and put the region on a path to skyrocketing energy prices and rolling blackouts.”

But pipeline opponents say that those who support the pipeline have exaggerated the region’s natural gas demand. A 350.org report written by former head of New York City’s DEC branch Suzanne Mattei called such claims “a lot of smoke and mirrors,” The New York Times reported.

Green activists said they would fight any attempts to revive the pipeline.

“The state has made it clear that dangerous gas pipelines have no place in New York,” Natural Resources Defense Council Senior Attorney Kimberly Ong told The New York Times. “We will continue to ensure this reckless project is shelved forever.”