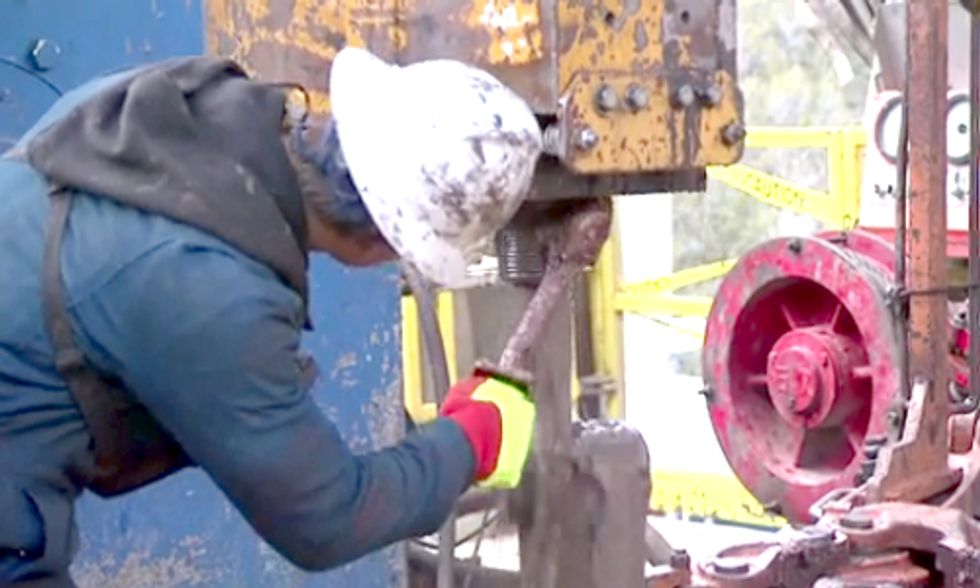 The dangers of fracking are no secret, but a study released this week shows the devastating impact the process can have on babies before they even have a chance to live their lives.

The unborn children of pregnant women who live within a 10-mile radius of fracking sites are far more susceptible to congenital heart defects (CHD), according to Birth Outcomes and Maternal Residential Proximity to Natural Gas Development in Rural Colorado, the latest study from the National Institute of Environmental Health Sciences (NIH) and Environmental Health Perspectives' (EHP).

"We observed an association between density and proximity of natural gas wells within a 10-mile radius of maternal residence and prevalence of CHDs and possibly neural tube defects," the study reads.

"These findings suggest that fracking causes babies to be deformed—the more we learn about fracking, the worse it gets," he said. "If you live near a fracking site and you want to have a healthy baby, you should consider moving."

According to the Colorado Oil and Gas Conservation Commission, 26 percent of the more than 47,000 oil and gas wells in the state are located within 150 to 1000 feet of a home or other type of building that is intended for human occupancy.

"What's most shocking is that this extremely dangerous industrial process of fracking has been allowed to occur with virtually no regulation and no study of the public health impacts," Wockner said. "This study is revealing the terrible truth about fracking—it is a public health hazard, the breadth of which we are only beginning to know about."

The six researchers listed on the study say they restricted the analysis to rural towns of 50,000 or less in 57 counties—those with less potential for other pollution sources like traffic, congestion and industry. Essentially, more wells in a given area increase the risk of birth defects. The group would not conclude that "a positive association" exists between fracking sites and early chances of a child birth impacted fetal growth, though both were listed among outcomes that occurred.

"Some of these pollutants [e.g., toluene, xylenes, and benzene] are suspected teratogens or mutagens and are known to cross the placenta, raising the possibility of fetal exposure to these and other pollutants resulting from NGD. Currently, there are few studies on the effects of air pollution or NGD on birth outcomes."

Other findings and birth defects include:

Wockner said a citizens' revolt against fracking is ongoing near Denver, with cities 0f more than 400,000 people voting to effectively ban fracking. He believes these results will change that.

"The results of this study will continue to escalate that revolt, and rightly so," he said. "Fracking is a dangerous industrial process that uses cancer-causing chemicals—it has absolutely no place near communities where families live, work and play."